Binary logic as the name suggests is a logic represented by two valued number that can be either “0” or “1”. “0” or “1” in binary logic is just a mere illustration of the voltage level.

What is Logic NOT Gate?

A logic NOT gate takes HIGH state “1” or LOW state ”0” as an input, and produces LOW state “0” and HIGH state “1” respectively as an output. It is also known as a digital inverter because of its inverting property. It inverts (complements) its input signal into the output.

Symbol and Boolean Expression for NOT Gate: 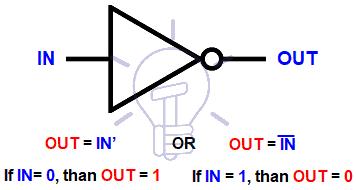 Symbol of NOT Gate:

There are 3 types of symbols used for NOT gate all over the world.

Truth Table of NOT Gate:

A mathematical table used to specify input to output logic combination of a digital circuit is known as a truth table, the truth table of NOT Gate is given below 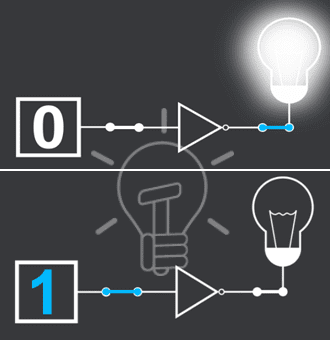 Construction and Working Mechanism of NOT Gate:

In Resistor-transistor Logic (RTL), bipolar junction transistor (BJT) is used as a switching unit. The schematics of NOT Gate is given in below figures. The first one is an INVERTER made of NPN Transistor and the second one is made up of PNP transistor.

Both schematics give the same result, it inverts the input signal. 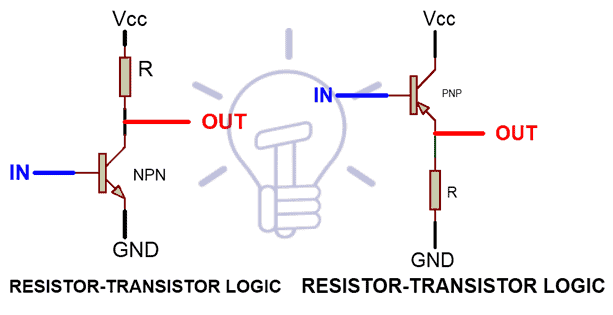 In MOS Logic, MOSFETs are used as switching units,which is controlled by binary input “0” and “1”. Schematic of a NOT gate is shown in the figure given below.

Its working principle is same as RTL logic. NMOS switches on with HIGH input and switches-OFF with LOW input. The output of this circuit will be high “1” when the input is low “0” because NMOS will be switched on and GND ”0” will flow directly to the output.the other case is when the input is HIGH ”1” as a result of which NMOS will switch-OFF and Vdd”1” will flow through OUTPUT. 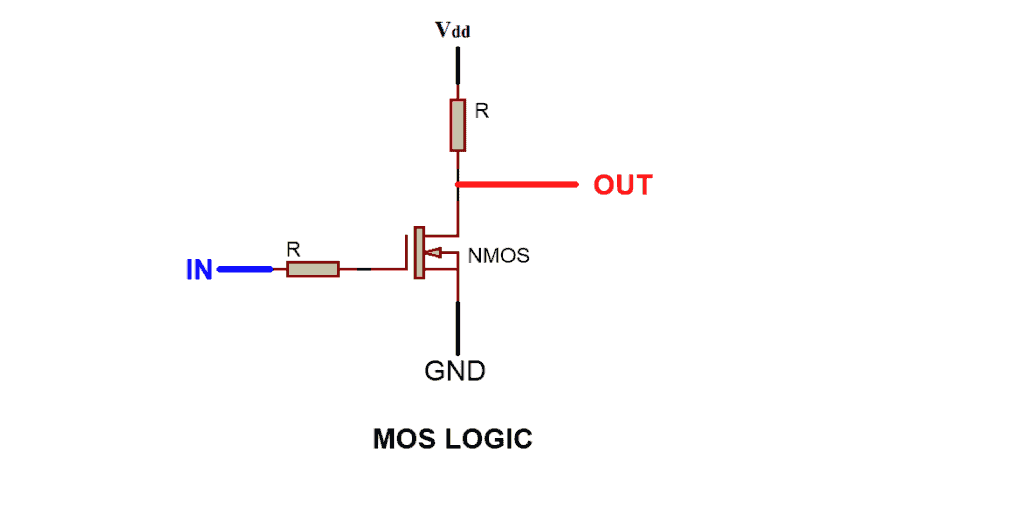 NOT Gate From Other Logic Gates:

NOT gate function can even be achieved with the help of universal LOGIC gates. NAND gate and NOR gate are Universal logic gates because they can be used instead of any logic gate. They can be used as NOT gate/INVERTER if we combine its input lines into a common input line as shown in the figure given below. 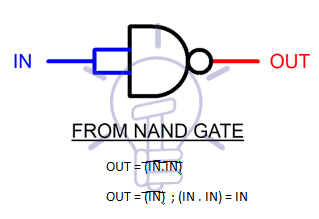 The Boolean expression for the NAND used NOT gate is given below:

NOT Gate using NOR Gate 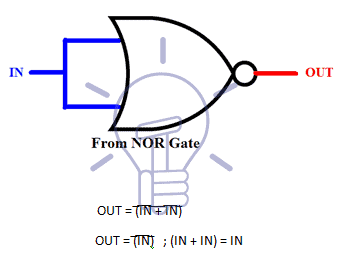 Commonly used NOT gate DIP (dual in-line package) IC is 7404 (7404 Hex Inverter NOT Gate) having 6 discrete NOT gates operating on TTL voltages. It has 14 pins and its configuration is given below. 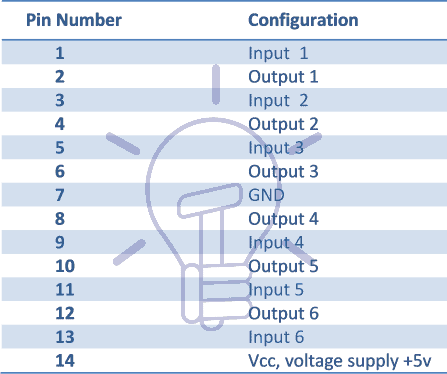 4069 is CMOS NOT gate IC with same pin description as TTL.

NOT gates also known as inverters due the inverting capabilities of the input i.e. if the input is “0”, the output will be “1” and vice versa.

Some common application and uses of Not gate are: