Comparison between Star and Delta Connections

We mostly use the terms star and delta in electrical systems while discussing three phase AC circuits and electric motors. Below is a given table which compares both Star and delta connections showing the exact difference between Star (Y) and Delta (Δ) Connections.

Star connection “Y” is obtained by joining together similar ends of coils either “starting” or finishing. The other ends are joined to the line wires. The common point is called the Neutral or Star Point. This three-phase, 4-wires system is used in power distribution and transformers.

Delta or Mesh Connection “Δ” is obtained by connecting the starting end of the first coil to the finishing end of the second coil and so on (for all three coils) which makes it like a closed loop or mesh circuit. This three-phase, 3-wires system is used in power transmission and transformers.

The following table better summarizes the differences and comparison between Star and Delta Connection. 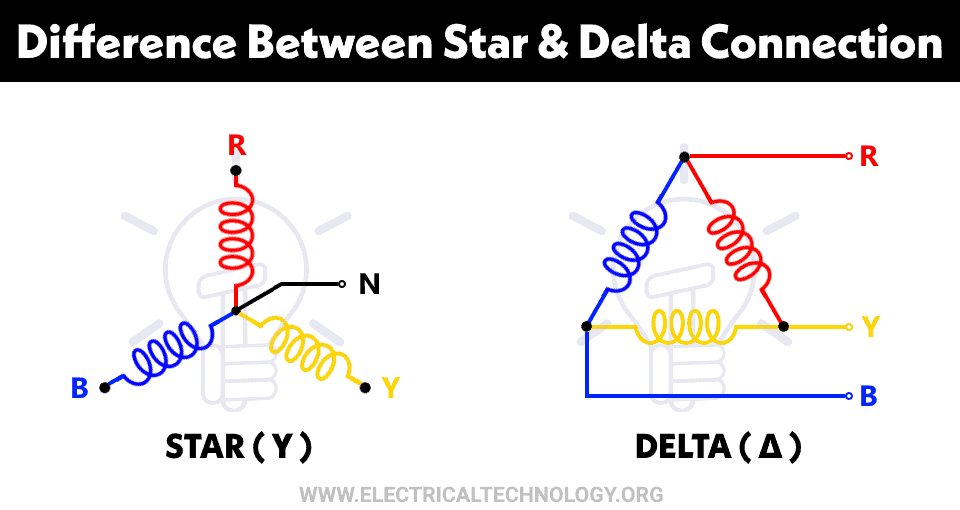 The same table showing differences between star and delta configurations can be seen below if you face any difficulty while reading the text.