How To Construct A Simple Solar Cell? (Step by Step) | Basic Operating Principle Of Photovoltaic Cell

A solar cell (or Photovoltaic Cell) is a device that produces electric current either by chemical action or by converting light to electric current when exposed to sunlight. For the sake of this article, attention will be given to solar cells only.

A solar cell is also known as photovoltaic cell which produces electric current when the surface is exposed to sunlight. In the course of this article, we will be making reference to sunlight as electromagnetic radiation (EM-radiation).

The principle operation of a solar cell is similar to conduction in a semiconductor like silicon. As seen in the picture, the dark surface is the part that is exposed to sunlight. When EM radiation strikes the surface of the cell, it excites the electrons and as such cause them to jump from jump from one energy level (orbit) to the other leaving holes behind. 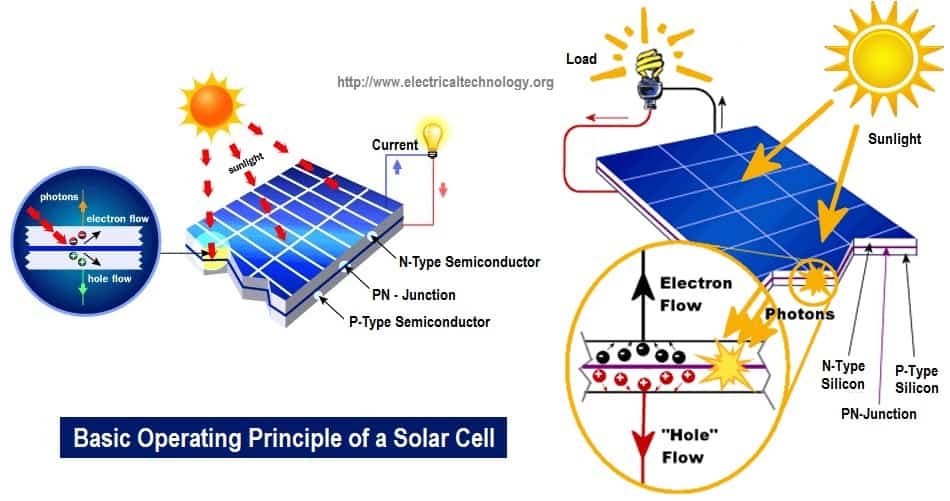 These holes serve as the positive charge carriers while the electrons serve as negative charge carriers. Do not get confused, the electrons or holes do not constitute to give the electrical charges. They only carry the charges. By so doing EM radiation is converted to electrical energy. Solar cells are made basically from semiconductors like silicon and selenium being the most widely used.

To understand this better, let’s see the different types of semiconductor material as the materials extensively used in the production of solar cells are semiconductors.

These are semiconductors that are pure in their own form. No impurity is added to improve their conductivity. Semiconductors of this type at zero degree Celsius have very little or no free holes and electrons for conduction.

These types of semiconductors are not pure in that they are doped (substances which serve as impurities are being added in order to enhance its conductivity). When a semiconductor is doped, the following materials are found;

How To Construct A Simple Photovoltaic / Solar Cell?

Note that using cheap materials will not give an output of an equivalent power output compared to if you are to use silicon or selenium and secondly, the larger the surface of the material exposed to EM radiation, the more energy will be produced. 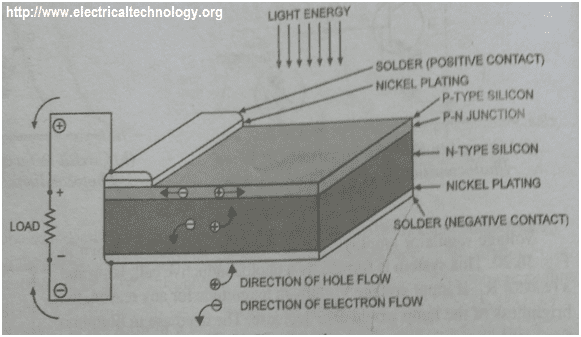 How To Construct A Simple Solar Cell? (Step By Step) 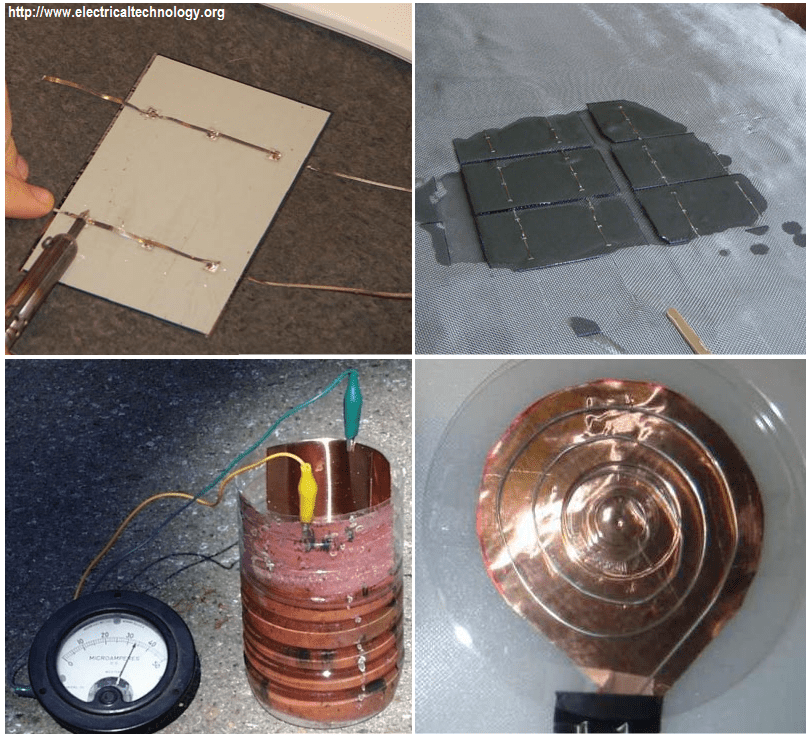 Following are the advantage of using solar cells:

Disadvantage of using solar cells are

Solar cells have numerous applications despite its disadvantages which are as follows: