A French engineer, M.L Thevenin, made one of these quantum leaps in 1893. Thevenin’s Theorem (also known as Helmholtz–Thévenin Theorem) is not by itself an analysis tool, but the basis for a very useful method of simplifying active circuits and complex networks. This theorem is useful to quickly and easily solve complex linear circuits and networks, especially electric circuits and electronic networks.

Thevenin’s Theorem may be stated below:

Any linear electric network or a complex circuit with current and voltage sources can be replaced by an equivalent circuit containing a single independent voltage source VTH and a Series Resistance RTH.

Find VTH, RTH and the load current IL flowing through and load voltage across the load resistor in fig (1) by using Thevenin’s Theorem. 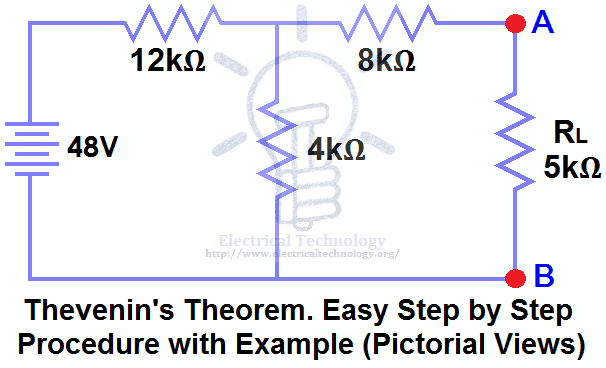 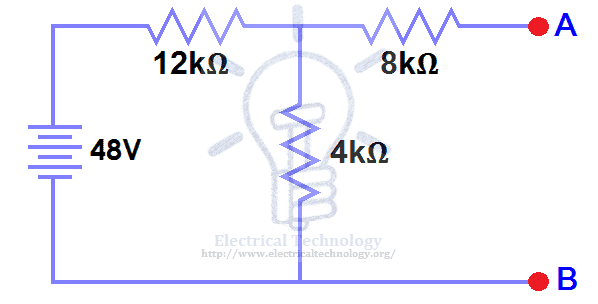 Calculate / measure the open circuit voltage. This is the Thevenin Voltage (VTH). Fig (3).

We have already removed the load resistor in figure 1, so the circuit became an open circuit as shown in fig 2. Now we have to calculate the Thevenin’s Voltage. Since 3mA current flows in both 12kΩ and 4kΩ resistors as this is a series circuit and current will not flow in the 8kΩ resistor as it is open. 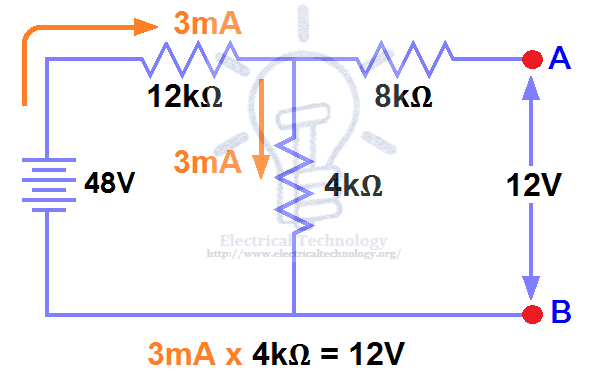 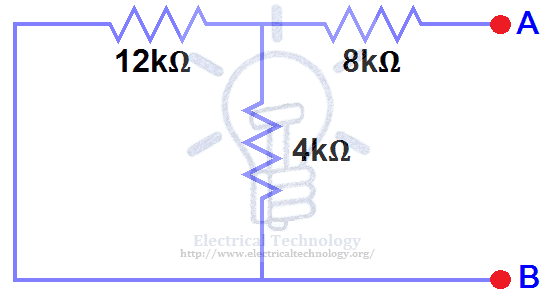 Calculate / measure the open circuit resistance. This is the Thevenin Resistance (RTH)

We have removed the 48V DC source to zero as equivalent i.e. 48V DC source has been replaced with a short in step 3 (as shown in figure 3).  We can see that 8kΩ resistor is in series with a parallel connection of 4kΩ resistor and  12k Ω resistor. i.e.: 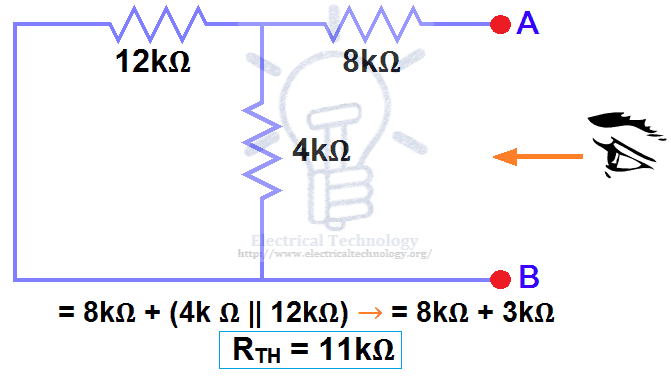 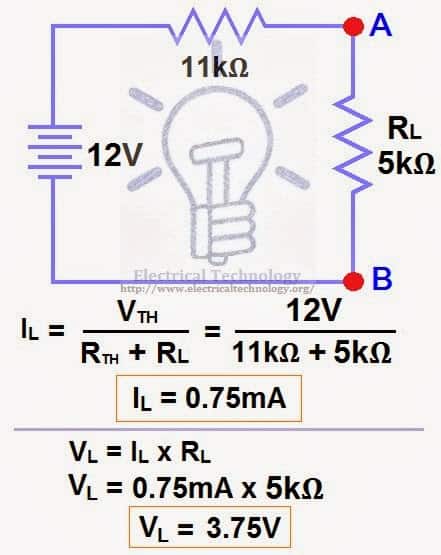 Now compare this simple circuit with the original circuit shown in figure 1. Do you see how much easier it will be to measure and calculate the load current in complex circuit and network for different load resistors by Thevenin’s Theorem? Yes and only yes.

Good to know: Both Thevenin’s and Norton’s theorems can be applied to both AC and DC circuits containing difference components such as resistors, inductors and capacitors etc. Keep in mind that the Thevenin’s voltage “VTH” in AC circuit is expressed in complex number (polar form) whereas, the Thevenin’s resistance “RTH” is stated in rectangular form.

What is an Electric Circuit? Types of Circuits and Network