It is very easy to calculate the electricity bill and tariff for electrical engineering students and professionals but, it makes confusion for non-technical people that concern about their electric charges from the electricity service providers. 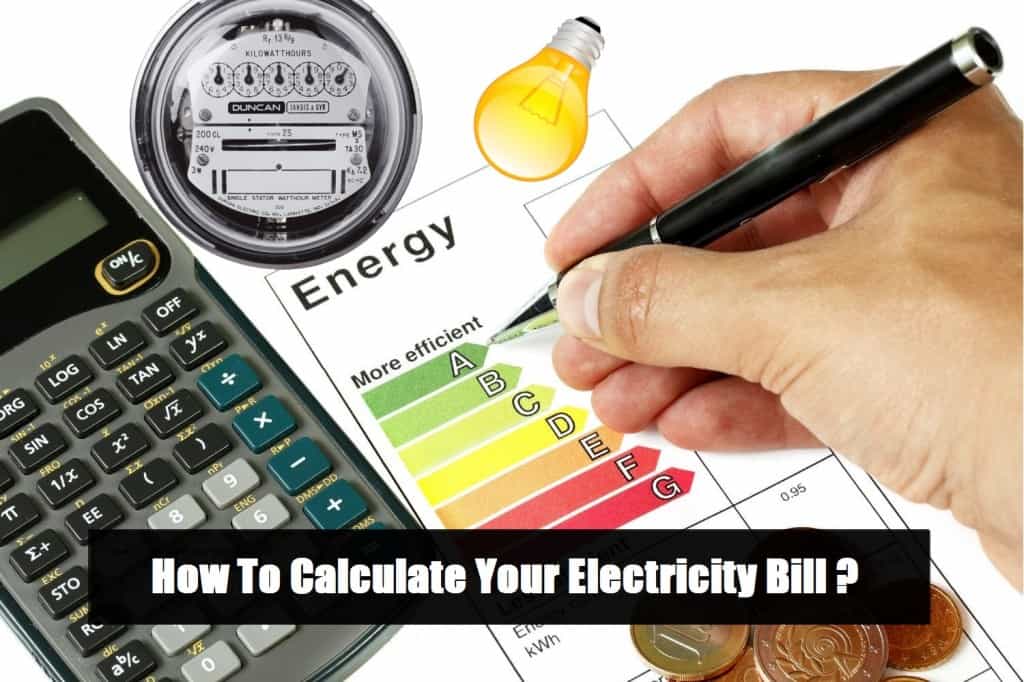 We want to convert it into electric units, Where 1 Unit = 1kWh.

The cost of per unit electricity is 9.

The following formula is used for electrical energy consumption.

Wh (Watt-hour) is a small unit, so we divide the consumed energy on 1000 to get the value of energy in kWh instead of Wh.

Calculation of Cost of Electricity and Bill Estimation

The following formula can be used as electric bill estimator per hour in dollars or other local currency.

A question is raised about why we multiplied the total consumed watts with 24 although the daily rate is already given. Note that It is not the value of daily rates, but It’s the rate of Per Unit electricity, Where 1 Unit = 1 kWh (Also known as 1 = B.T.U = Board of Trade Unit).

The following table shows the estimated value of wattage rating (in Watts) for different and common household devices, appliances and equipment.

Why Generator & Alternator rated in kVA. Not in kW?