A Voltmeter, Ampere Meter and a Battery Cell are connected in Series. It is Observed that Ammeter Practically Shows No Deflection. Why? 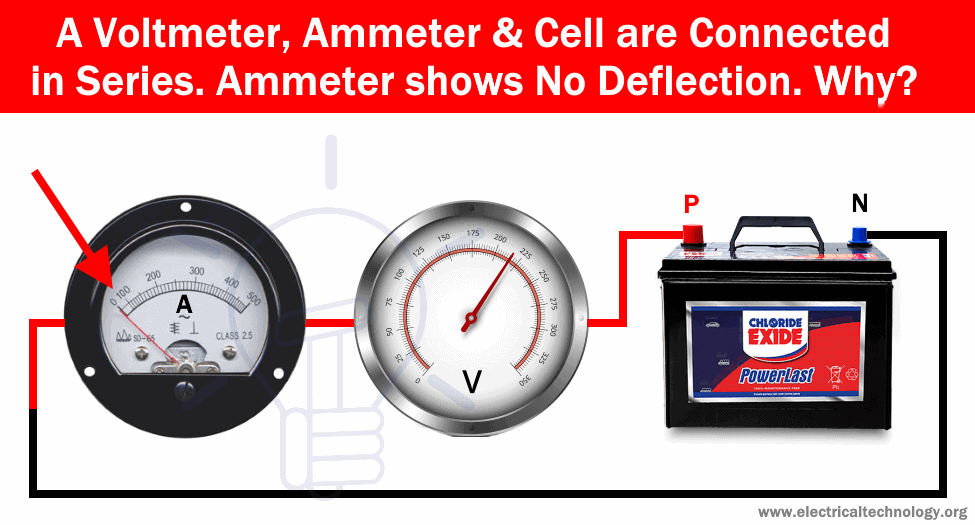 The shunt resistor (a parallel resistance with the ammeter) is used to protect the meter when high current passes through the ampere meter coils. In case of high current, the major part of current passes through the shunt and the voltage drops occurs across it which still not affect the main function of ammeter i.e. moment remains same but protects the meter from damaging the internal coils.

In the above case, the current select a way having lowest resistance. So it passes through the shunt resistor or ammeter. That’s why there is no deflection in ampere meter when connected in series with battery and voltmeter in series. 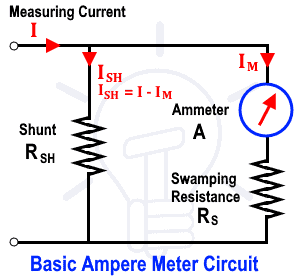 In short, ammeters are designed to measure low currents but in case of high currents, a major portion of the measuring current passes through the shunt resistance which is connected in parallel with ammeter and swamping resistance (the swamping resistance protect the meter from high temperature). Thus, it wont affect the measuring ability of ampere meter but provide protection against burning the meter. Shunt resistor has lower value than the internal resistance of ammeter, that’s why high currents pass through it due to lowest compared resistance.

Difference Between Voltage and EMF?