What is the Role of Inductor in DC Circuit?

We know that inductive reactance:

If we put frequency as zero then inductive reactance of the inductance would be zero.

This is the reason why inductive reactance is zero in DC power supply. 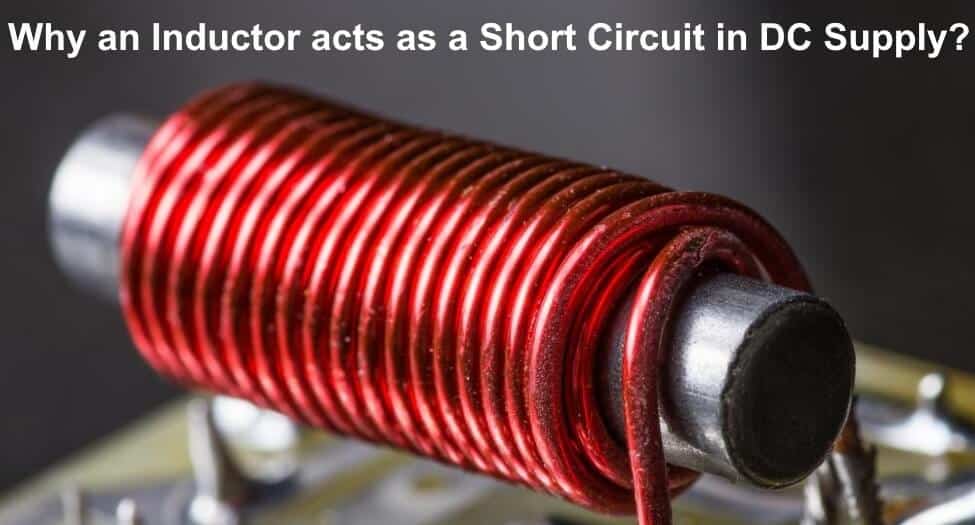 OK with theory but what is the exact reason behind the scene in real scenario and what if we connect an inductor to the DC source?

What is the Effect of DC Supply on Inductor?

An inductor which is a passive device acts as a short circuit when DC applied across it. Actually, inductor stores energy in the form of magnetic field and restores back to the circuit when needed.

When DC applied across an inductor, the sudden changes of current produces self inducted EMF in it which opposes it producing cause i.e. change in the current (Len’z law) when flowing through inductors.

At this stage, there is no resistance (opposition to flow of current through inductor) and the induced EMF is zero as well. This way, the inductor is acts like a conductor.

When the resistance or inductive reactance of the inductor is zero, then

If we put XL = 0, the current flowing through inductor would be infinite i.e. short circuit.

Difference Between a Transformer and an Induction Motor