Light Emitting Elements and Their Types

The use and application of light cannot be overemphasized. Our natural source of light being an electromagnetic radiation that reaches us from the sun. Without that radiation, no life would remain on this planet.

The ultraviolet ray reaching us from the sun is trapped by the green plants. They make use of it to manufacture their own food which we in turn consume. In the stone ages, men lit fire to enhance their vision at night. As time swiftly went by, man began to amaze the body of knowledge as new discoveries were made.

Man soon thought of how to artificially generate light. Inventions were made and it’s still improving. From light emitting elements that consumed a lot of energy, dissipating most of it in form of heat while a minute fraction of it is converted to light to a modern light emitting devices that consumes less energy, less heat production and with more efficiency. Thomas Edison did a very good job and credit goes to him for inventing the fluorescent Bob.

How is light energy generated from electricity? Before we talk about that, let’s check out some few things first so as to have a better understanding. 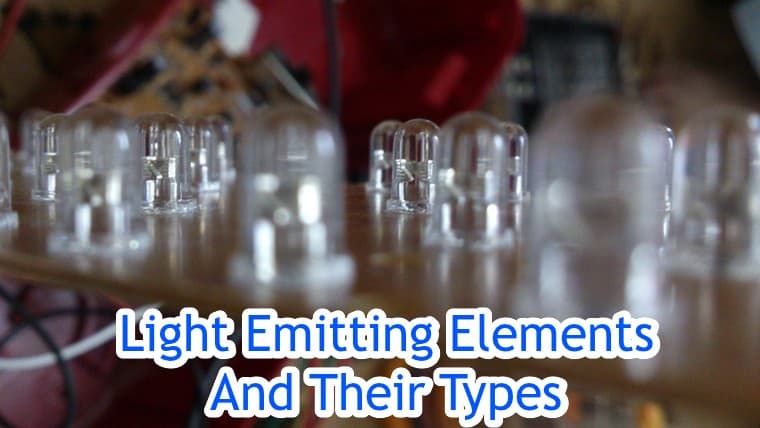 Electricity produces heat. The heat produced (in case) of the flow of electric current through a conductor containing impurities that opposes the flow of current. The free movement of electrons between atoms in a lattice along a conducting wire constitutes heat.

During movement, electrons collide with each other and with the atoms, hence heat is produced in the process. Resistance of a conducting wire is also a factor that constitutes to the heat a conducting wire produces. Let the Heat produced during conduction is designated by H.

it is also known as Joule’s Law.

When high current is passed through a conductor, the resultant is an immense heat production. The collision of electrons occurs frequently and causes an increase in the internal energy of the atoms thereby making the electrons to vibrate because of the heat energy acquired. At high temperature, some wires glow.

All the electrical energy is converted to heat. At low current and temperature, the conducting wire will not glow due to the lack of sufficient energy needed to excite the electrons to jump from one energy level to the other which will lead to the production of light in the process.

From our discussion above, we can tell that electricity can be converted to light energy. When we turn on our home switch, light turns on, the electric bobs converts electrical energy to light energy.

The light comes from the heating effect of electricity. Devices that converts electricity into light was discovered long ago and since then have been improved. The early devices had very low efficiency in that it consumed a lot of energy.

The bad side of the early devices consumed a lot of heat and converts only the minute fraction of the energy it consumes into light. Today there are electric bobs that have high efficiency compared to the early ones. They consume less energy and convert most of the energy to light.

Below are some electrical elements that convert electricity into light with their mode of operation.

a filament lamp glows white hot. At high temperature, part of the electrical energy is converted into light energy while the rest is converted to heat energy. In a filament lamp, tungsten filament is enclosed in a glass. Earlier lamps used carbon as a filament which also has high melting point.

The original tungsten lamp had a vacuum inside the envelope to prevent the oxidation of the tungsten at high temperature. Modern lamps are prevented from evaporation by filling it with argon. The quartz-iodine lamp produces light of high intensity.

The envelope is made of quartz which can stand high temperature without melting. The tungsten filament lamp converts only 7% of the energy it receives into light and the rest will be converted to heat.

Fluorescent lamps are widely used in offices, factories, shops etc because of its efficiency. Its efficiency is about three times the efficiency of the filament lamp. Its heat production is low. You can easily tell that by holding the lamp after minutes of turning on of the lamp. It contains mercury vapor and argon.

During discharge, mercury vapor emits light of considerable wavelength including the ultraviolet radiation. The inner surface of the tube is coated with fluorescent material to absorb the ultraviolet (UV) radiation and emits the absorbed energy in the form of visible light.

Diodes are semiconductors. Some of them emit light when their atoms become excited due to the electrical energy they receive. They are small in size, some even less than 1mm in diameter. They are often used as indicator lamps. They have long life span and is not easily broken. The illuminated figures in pocket calculators, digital watches and digital clocks are usually made from LED.

How to calculate the value of resistor for LED’s

Each digit consists of seven bar-shaped diodes arranged in a pattern similar to figure eight. Groups of diode are lit to form any figure, letters of the alphabet. Its advantage is that they lit up in a very short (they don’t require warming) and goes dark easily when they are cut off from power supply.

You may Also Read:

What is Motor Efficiency and How to improve it?

High Inrush Current in Capacitor Switching and Ways to Prevent It.