What are Marker Balls and Why They are used for on Power Lines?

Almost all of us have seen those colored (mostly orange, yellow, red or white) balls on transmission and distribution power lines. If you ever wonder what they are and why it is used for? Let discuss in detail and don’t spoil the post as there is no rocket science everywhere. 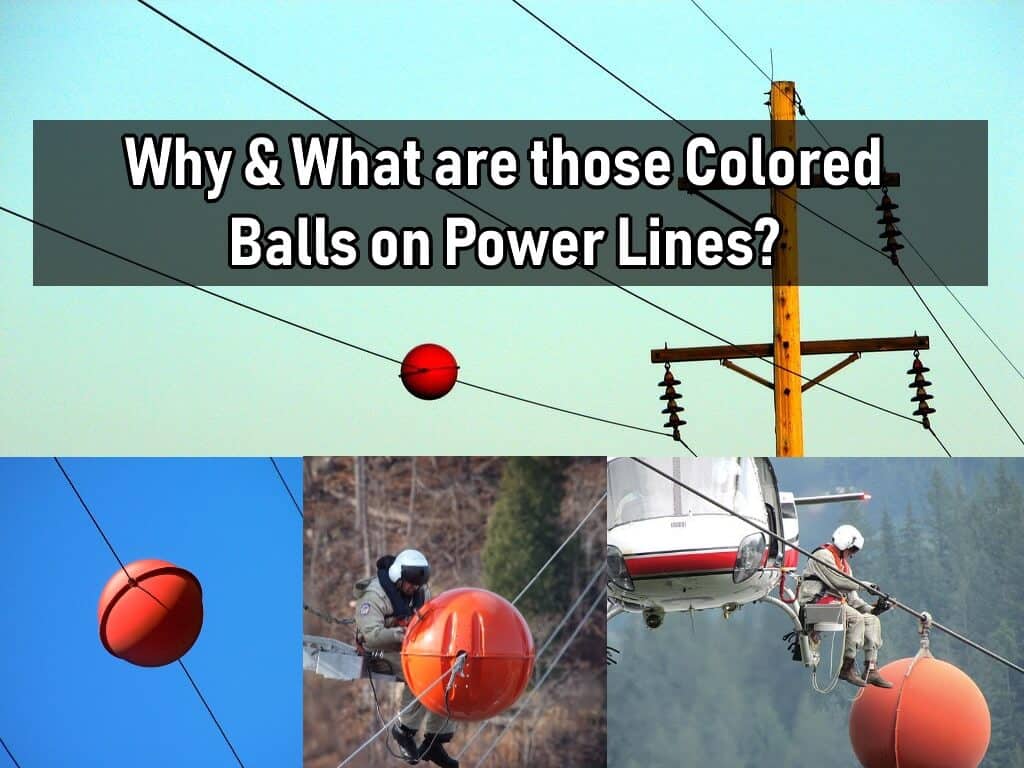 What are those Balls?

They are called “Marker Balls” and known as “Aerial Visibility Marker Balls”. They weight about 7.7kg (17 Pounds) each. Mostly used color for marker ball is “International Danger Orange” ( British STD. 381C-1964-No. 557 or U.S. Engineer’s Spec. 595-121197) however, yellow, red or white are also can be used in specific situation depending on the surrounding for clear visibility recommended by FFA (Federal Aviation Administration). 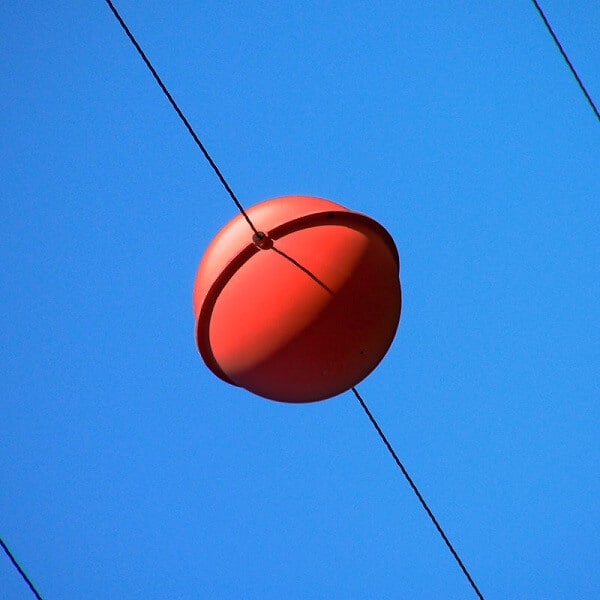 What they are used for?

Aerial marker Balls are used for safety. It saves lives and infrastructure by making guy wire and power lines (Transmission, distribution and communication lines) visible to the low flying helicopters, aircraft and plans according to the Federal Aviation Administration(FFA ).

The power lines conductors and skyline become almost invisible against the terrain as the human eye start to loos its visual acuity at just a few degrees off dead center. Other reasons to unable to notice the  power lines for pilots are light condition and dirty windscreens etc. 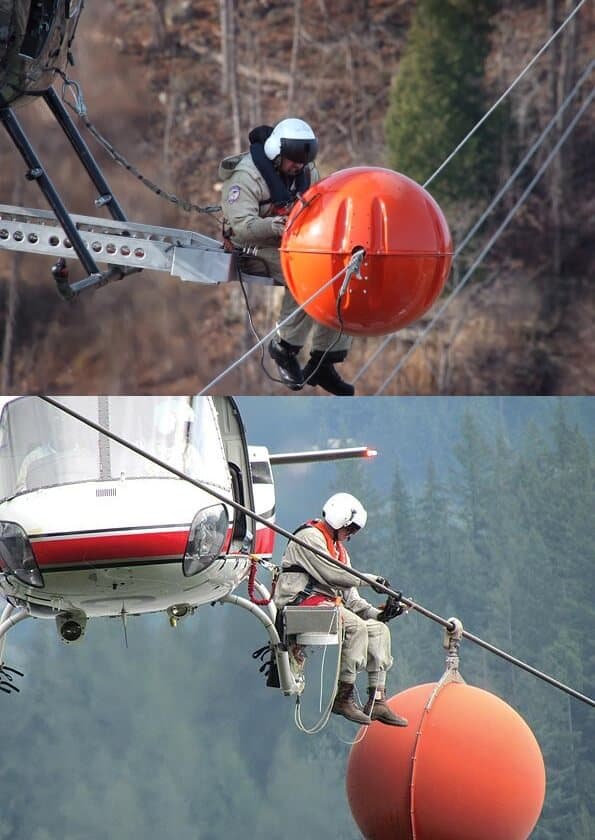 That is the exact reason why marker balls are installed on the power lines especially in case of the overhead cables and wires crossing the major highways, freeways, valleys, deep gullies and mostly fly low while landing at airports.

Next time, when you see those colored balls on power lines, remember that they are used for safety to save lives and aircraft and expensive electrical power system network and infrastructure.

Why Earth Pin is Thicker and Longer in a 3-Pin Plug?