Why Don’t Birds Setting on Power Lines Get Electrocuted?

We mentioned many times that electricity is our best friend as well as a worst enemy. If you give it a chance to kill you, remember that it will never disappoint you. It means, only sparkies and professional electrical engineers can play even with naked wires who know very well that how to control and manage our friend/enemy (electricity). But my friend,  what about birds setting and squirrels running on the live power lines carrying high voltage levels? Lets see below how does this happen?

Birds and Squirrels on Power Lines

If you have ever seen (I bet you have seen before) a squirrel running or birds setting on live wires. It shows that they are not getting electrocuted by electricity due to some reasons. Lets explain these reasons in details as follow. 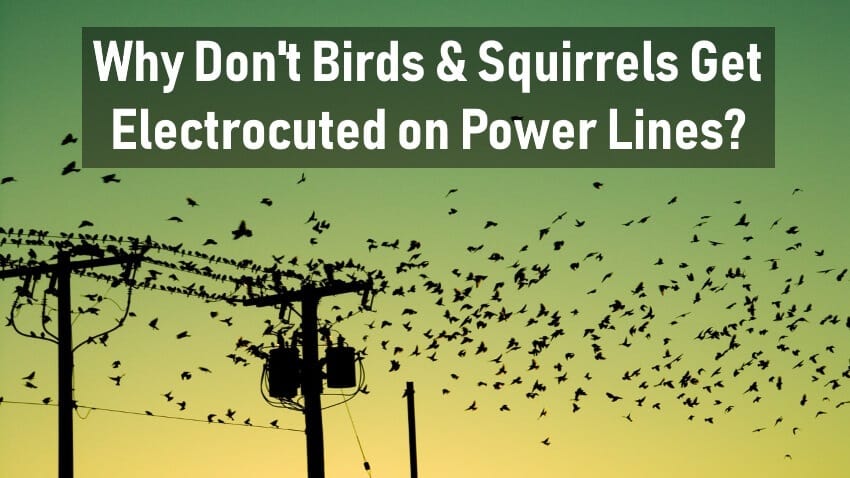 Birds and Squirrels are not Good Conductors

Well, We know that electricity is too lazy like us (expect me) and they find the easiest and short path with little resistance as compared to high resistance.

Electricity always flow from high level to the low level (same like water). Firstly, they find an easiest way (like a short conductor with parallel of a high resistance) to flow. Same as it flows from the live (Line) to the neutral (ground level of voltage is zero). In short, electricity flow when there is a potential different between two points. 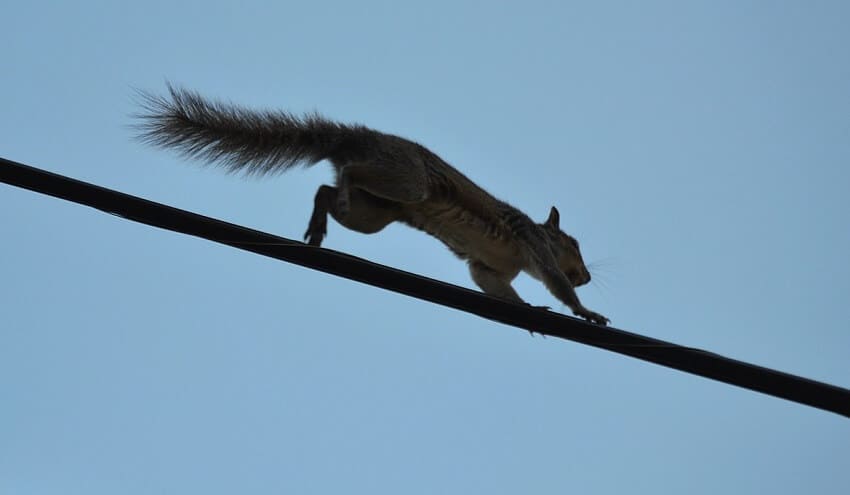 Now, when bird set on the live wire, his body has some resistance i.e. it acts like an insulator and there is already a short path (as copper wire) for current to flow through it. (As shown in below fig). This way, birds and squirrel don’t get electric shock because current don’t flow through their bodies due to the same voltage level i.e. there is no potential difference. So the current will bypass their bodies as their is a short path with very less resistance (in case of copper wire). In this case, the current flow is shown in fig (c) (green line). 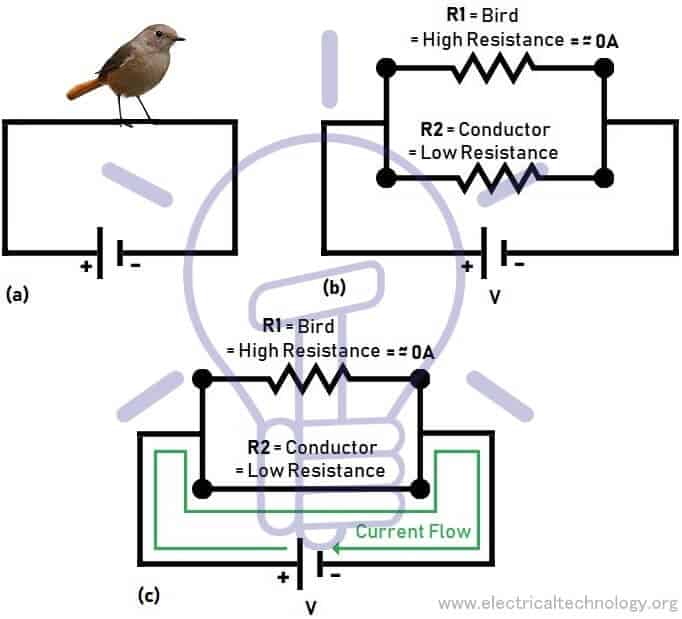 Does this Role Apply to the Human Body?

Same as the case for human being. If someone touch the live wire (Line) while he is not touching the ground (even on chairs, ladders etc), He will not get electrocuted unless they touch the ground wire or another wire have different voltage level. As this way, there will be a potential different due to different level of voltages, so current will start to flow through it same like loads connected in parallel circuit. the “Human body is not a good conductor” will not apply then as it is acting as a “load” where current will flow through it. So be afraid, be very afraid and don’t try this at home.

If you wanna see live examples, birds setting and squirrel running on the lines are live examples. In addition, this is how the lineman are working on the live lines from helicopter while they are in air (which is a good insulator) but before maintenance or repairing, they use a rod to to equalize the line voltage to the helicopter potential.

For low voltages, the impedance (Z) is too high which wont be able to make an arc to the birds through the air. But in case of very high voltage, if a bird with different potential level set on the lines, It will electrocuted the bird same like arc flashing to rod in case of helicopter.

When Birds Electrocuted on Power Lines?

As explained above, when the birds or squirrel on line make a direct contact with another wire having different level of voltage or ground wire (having zero voltage) at the same time. This difference of voltage levels cause the flow of current through the birds between two conductors.

This also applies to living thing included human being. In this case, circuit is completed and current will flow through their bodies and they may get electrocuted even they can die.

Below are some images showing to protect the birds lives while setting on power lines.

Be afraid, Be very Afraid, Don’t Try this at Home.

As mentioned above, please dont play with electricity. Now you also know that you may touch the Live (Line) wire while being in the air and not touching the ground or any other object like chair, ladder, wall etc, You are safe. But don’t give it a try as we have shown some example like birds setting on the power lines, lineman working on the live power lines from the helicopter. Stay safe.