Fingerprint Identification system or Dactyloscopy is a unique process of identification by comparing the fingerprint impressions of individuals. It used the fact no two individuals have similar finger patterns. It is one of widely used techniques for acquiring details of a person and is an easy and convenient way to identify a person. 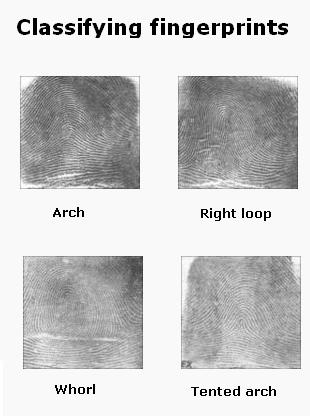 Every human finger skin has pattern of dark lines (ridges) along with white lines (valleys) between them. Points at which structure of the ridge changes is known as Minutiae. Each human finger has different ridge pattern. These patterns can be Arches (where ridges enter and exit on same sides), Loops (where ridges enter on one side and exit on another) and Whorls (circles or mixtures of different patterns)

In the former, a surface is sprayed with different chemicals like Cyanoacrylate, Ninhydrin, Magnetic Powder etc. and the finger print patterns can then be lifted using a clear tape. In the latter, the fingerprint images are acquired by different sensors like Capacitive Sensors (obtain pixel value based on capacitance of the fingerprint ridges), Optical Scanners (uses prisms to detect change in reflectance of light by each ridge or valley) and Thermal Scanner (measures differences in temperature over time to create a digital image).

The first step involves acquiring fingerprint images from different sensors like – Optical or Capacitive Sensor. The charge coupled device present in the optical scanner consists of light sensitive diodes which emit electrical signals when illuminated. These tiny dots when hit a target spot form the pixels and an array of pixels form the image. Once the finger is placed on the monitor, the image is acquired by illuminating the ridges of the finger.

The second step involves storing and processing the images using the below given steps.

The third step involves analyzing the images, by extracting minutiae details from the processed image and then comparing these details with those of the already stored templates. This is achieved by calculating the crossing number (half of sum of differences) between pair of pixels in aneight-connected neighborhood. This gives a unique identification for each characteristic of the fingerprint. 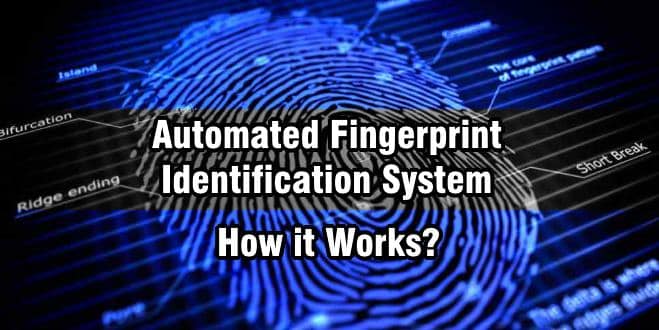 Let us have a brief idea about the two. 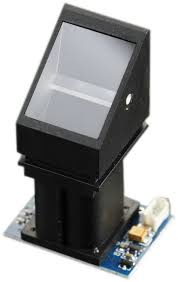 The transferred frame is a 10 bit frame with a low level start bit, 8-bit command or data and stop bit. Once powered up, it takes about 500 miliseconds for initialization. The system resources consist of a 512 bytes memory , set as a notepad and two 512 byte character file buffer. 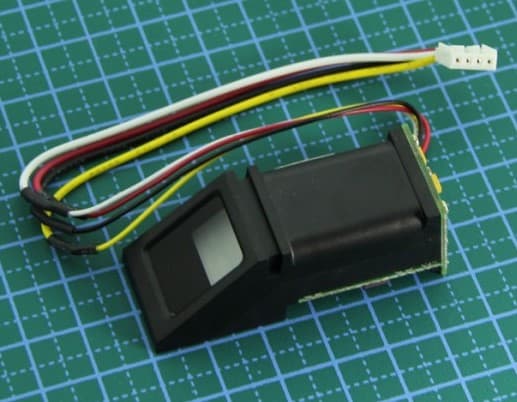 It is similar to R305 in terms of pin configuration and comunication technique used. Unique features include self developed fingerprint algorithm, self adaptive parameter adjustment mechanism, low cost and power consumption, easy to use and portable integrated design. It consists of 768 fingerprint templates.

Here we are going to use Sunrom’s R305 fingerprint sensor which is connected to an interface board, 1125. It consists of three buttons – ADD, EMPTY and SEARCH. Either these buttons can be used or external commands can be sent to the board from the microcontroller.

In the below circuit, we interface the fingerprint sensor board to the 8051 microcontroller, AT89S51 through serial communication. The result of the identification process is displayed on the LCD.

What is WiMAX? Difference between Broadband WiMax and WiFi