The simple circuit is ready for testing now. Connect 6V battery terminals to the circuit as show in fig and see the output. As you block light falling on Light dependent resistor(LDR), the LED glows.

LED GLOWS EVEN IN LESS DARKNESS. Use torch light or Lighter if the LED glows in less darkness. in addition, you can try to adjust the sensitivity of this circuit by using a variable resistor in place of R1-300Ohm. Try this circuit with other resistances as well, (e.g, 1KΩ, 10KΩ and 100KΩ, etc) 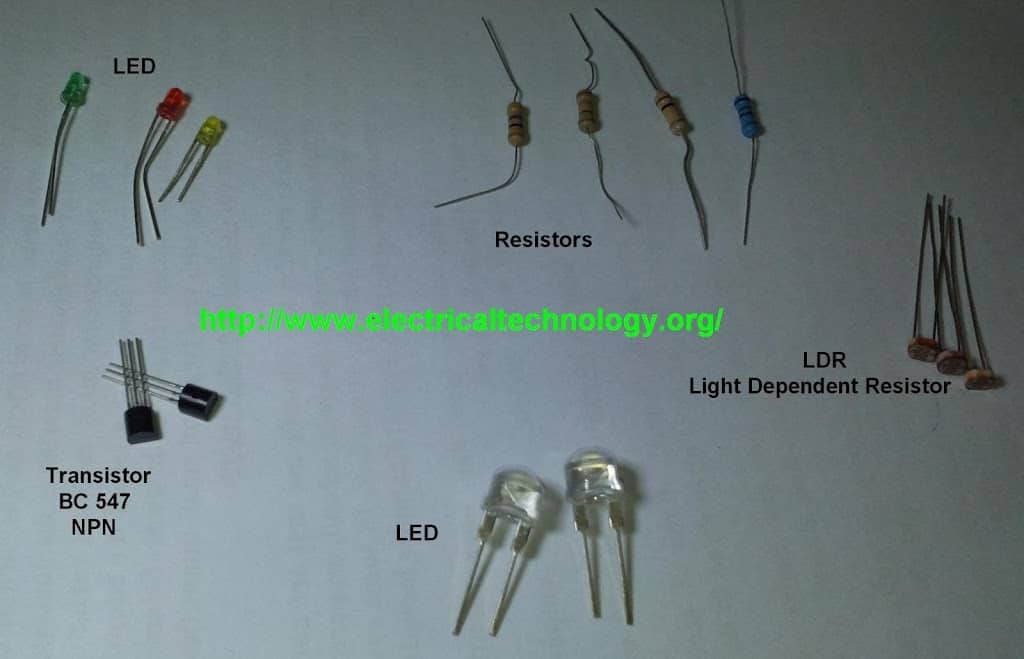 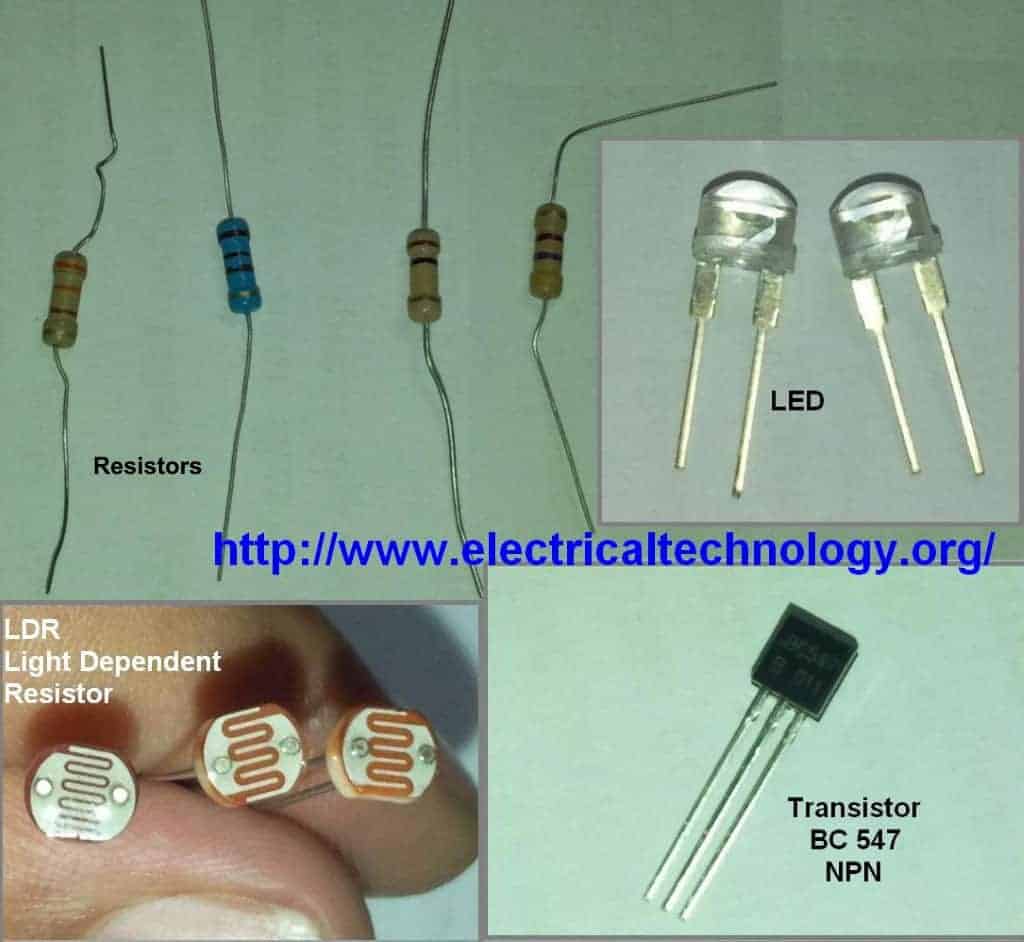 Circuit Diagram 1. Automatic Street Light Control System.(Sensor using LDR & Transistor BC 547.) Very Simple.  We have tried this one in this tutorial but you can also try the second one mentioned below. 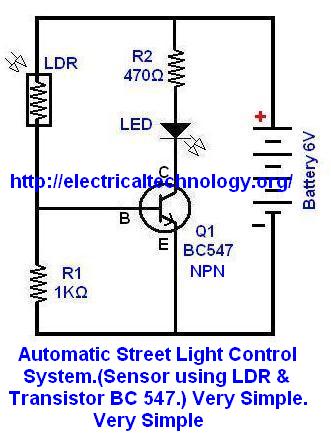 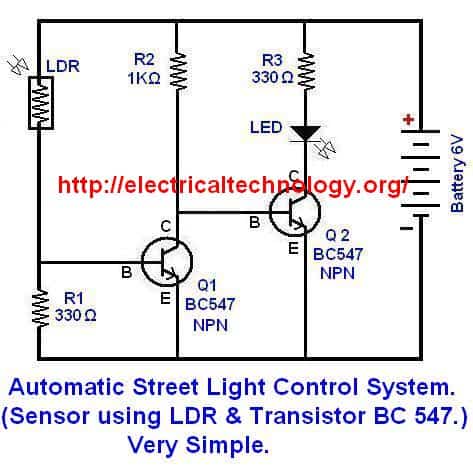 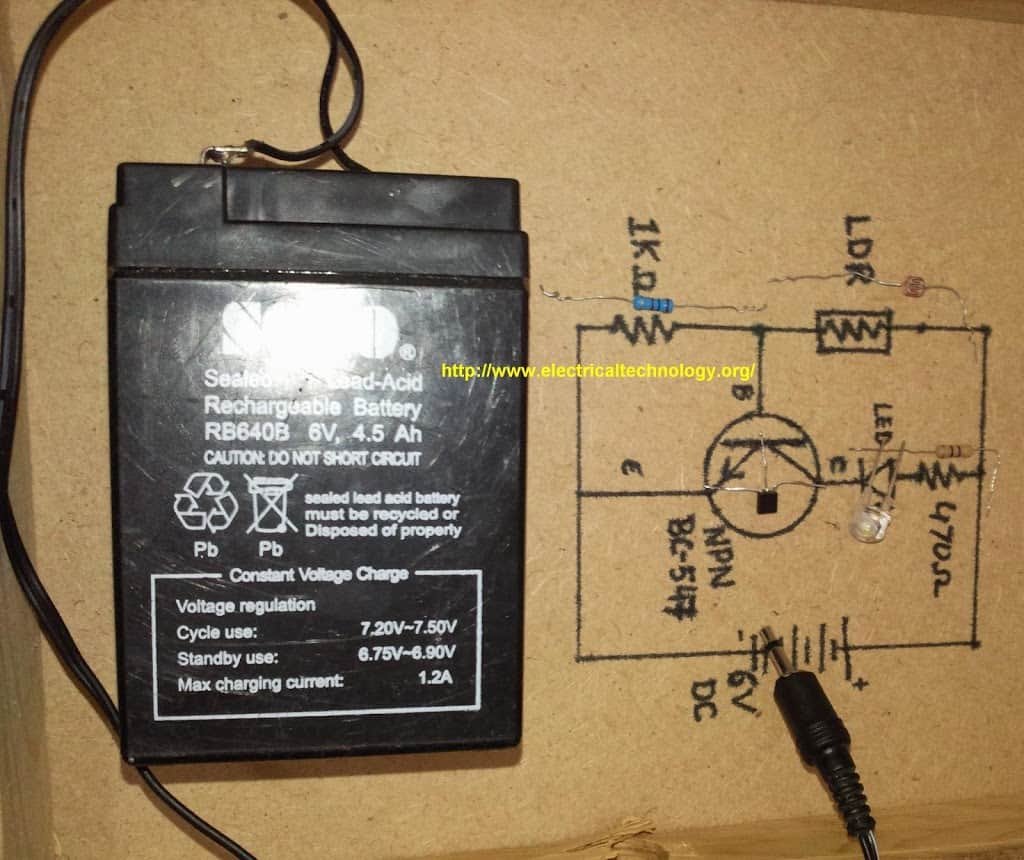 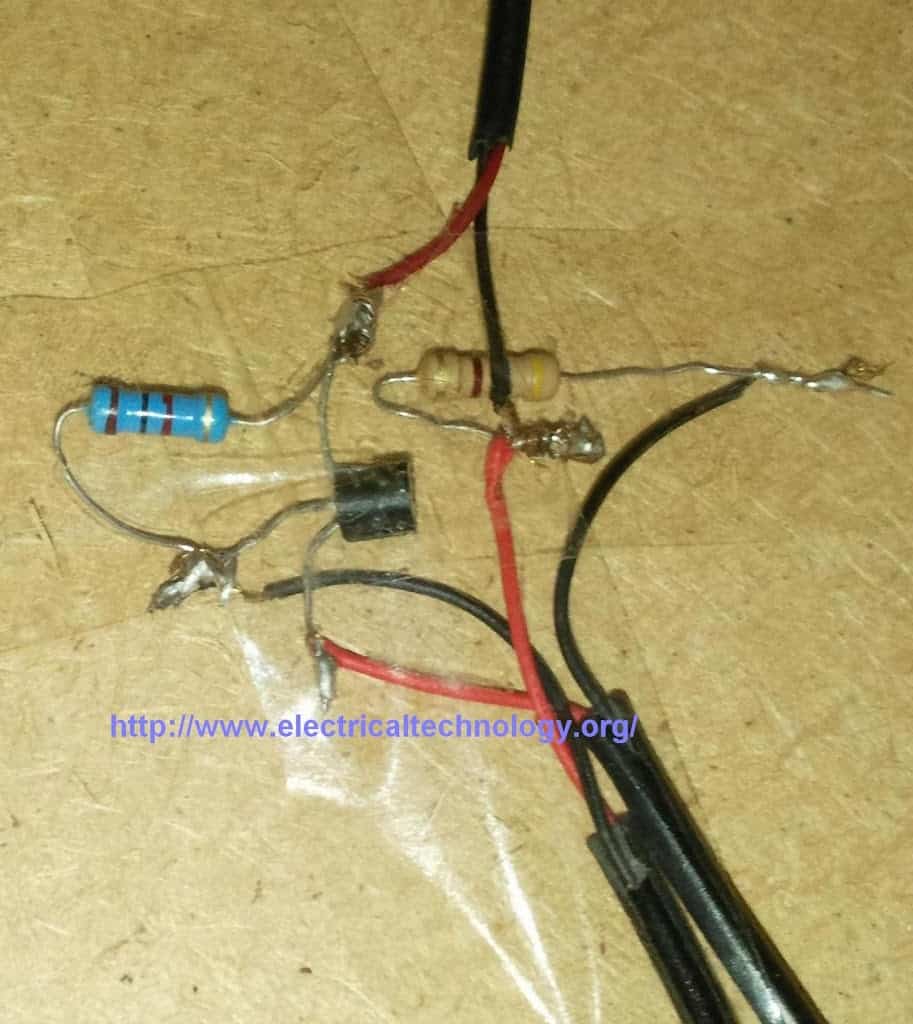 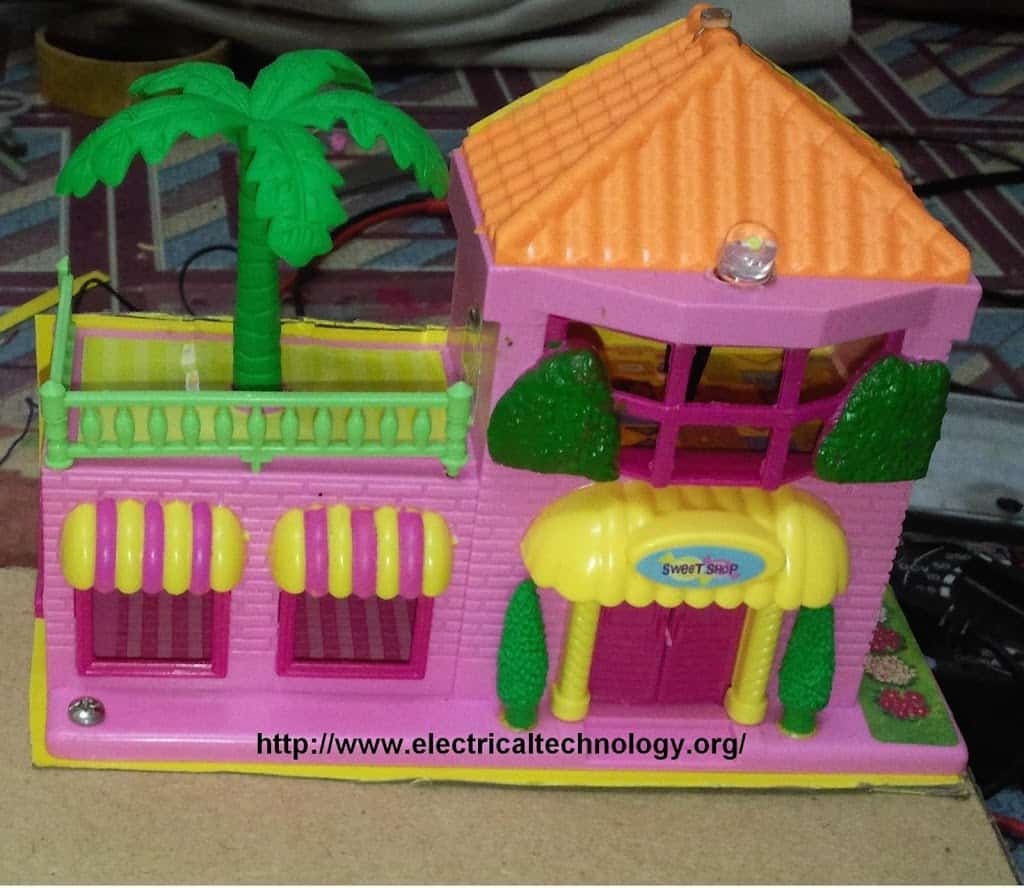 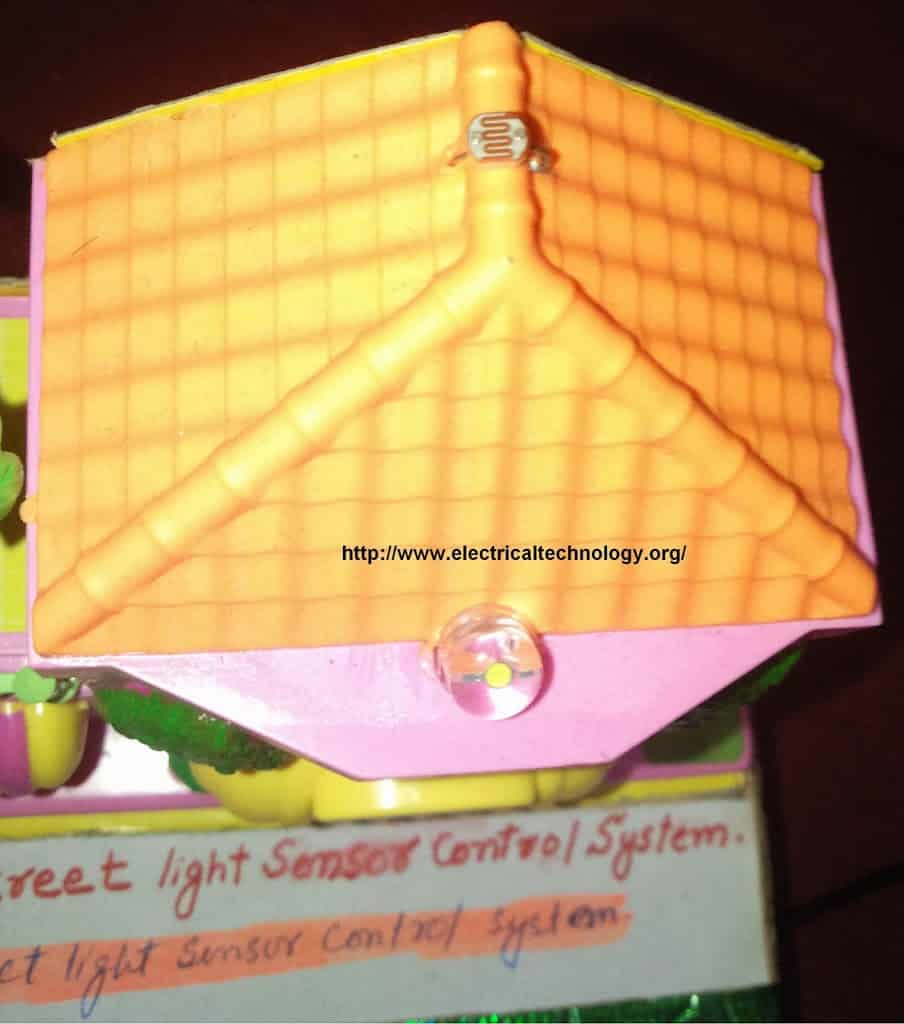 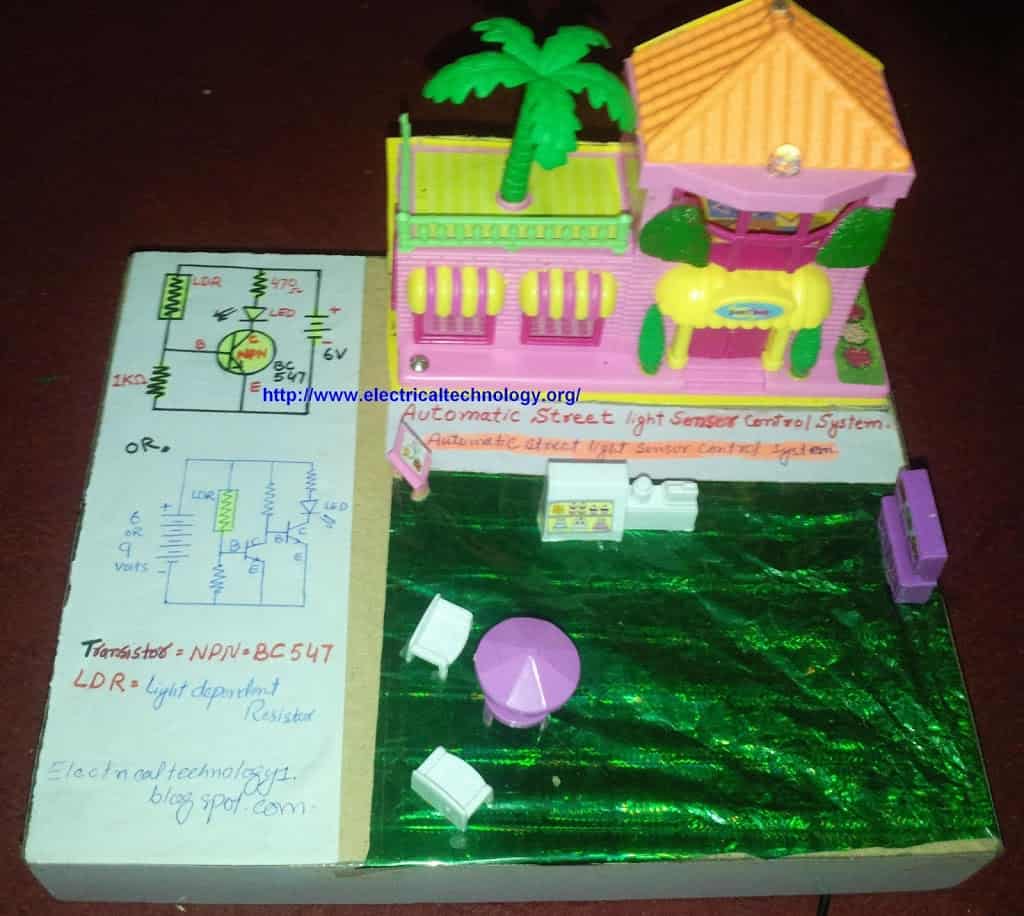 As Light is falling on LDR ( Light Dependent resistor) So LED does not glow. ( LED = Off). 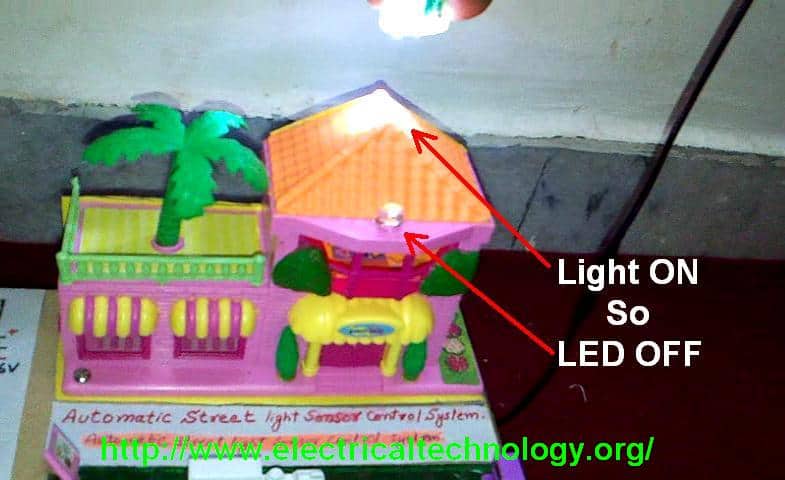 You can see now that we have blocked light falling on Light dependent resistor(LDR), so the LED glows ( LED = ON).

Snapshot taken out from the Video. 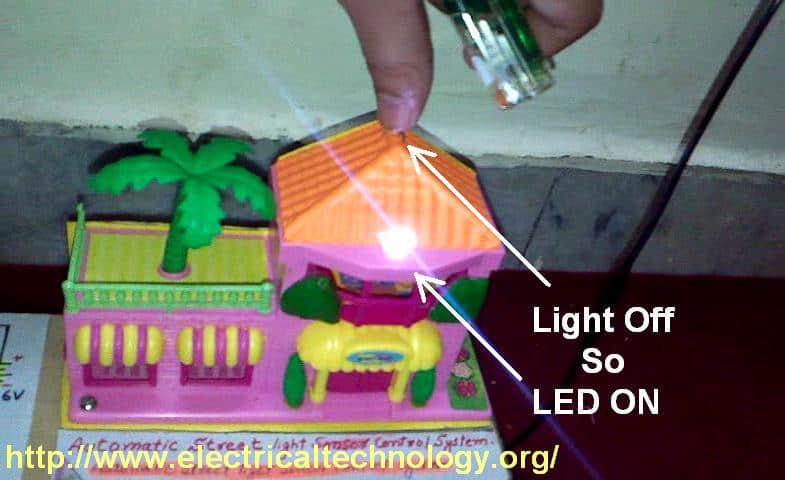