Short-circuits can occur phase-to-phase and phase-to-earth, mainly due to: 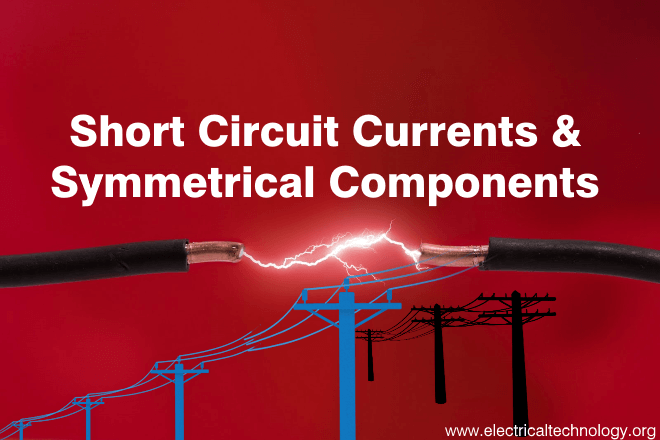 When one or more of these situations occur a “solid” or “incipient”[1] contact between conductors of different phases or between a conductor and a metallic no-live part can be established, causing a short-circuit, which diagrams are shown in Figure 1. 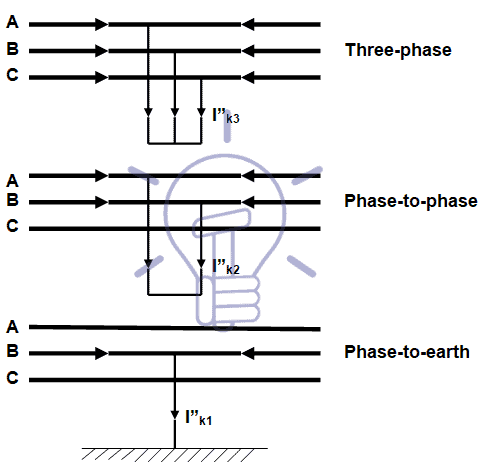 Phase-to-phase and phase-to-earth short-circuits may evolve towards three-phase short-circuit (the worst situation), due to dielectric breakdown caused by the high magnitude of currents.

Short-circuits cause thermal and electrodynamics stress on equipments and conductors.

Thermal stress is due to overheating of conductors (Joule law) and can cause dielectric breakdown and melting of metallic materials.

Electrodynamics stress is caused by the electromagnetic force, which is one of the four fundamental interactions in nature and it is described by electromagnetic fields that is defined by Lorentz law.

The value of this force is in direct proportion to the electric current value.

The calculation of short-circuit currents is used to design the installation and to define the characteristics of equipment, namely the breaking capacity of circuit breakers and the set-point of protection relays.

According to IEC Standard 60865-1 e 2 the equations to be used for the calculation of short-circuit currents are:

All networks and equipments have internal impedance that can be split into three symmetrical components associated with the rotation of the electromagnetic field.

An unbalance system is divided into three separated symmetrical systems:

Once the sequence networks are known, determination of the magnitude of the fault is relatively straight forward.

The ac system is broken down into its symmetrical components as shown above.

Each symmetrical system is then individually solved and the final solution obtained by superposition of these.

Zero sequence impedance values are closely tied to the type of earthing arrangements and do vary with equipment type.

While it is always better to use actual data, if it is not available (or at preliminary stages), the following approximations shown in Table 1 can be used. 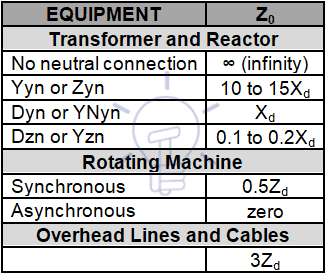 The equivalent impedances of equipments and upstream network are:

For calculation purposes an overhead line may be represented by a “π diagram”, as shown in Figure 3. 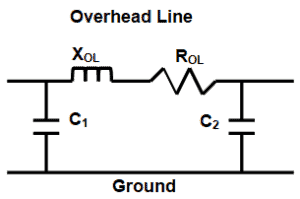 Figure 3 – π Diagram of an overhead line

For the calculation of short-circuit currents that do not involve faults to the ground th capacitive reactance is disregarded.

The equivalent positive (and negative) impedance of the line is calculated as follows:

When that contact is not straight the fault is designated as incipient. Incipient faults if not cleared will evolutes towards solid faults.

Counter and Types of Electronic Counters

Introduction to Harmonics - Effect of Harmonics on Power System