Lightning is transient impulse. Its neither AC nor DC but a composition of AC and DC.

Lets see what is exactly a Lightning then?

Lightning is a natural phenomenon of electrostatic discharge caused by two electrically charged neighbor clouds in the atmosphere (known as Direct Stroke) or between electrostatically charged clouds and earth (known as Electrostatic Induction Stroke) followed by a thunderstorm on ground with audible sound. The lightning discharge may release a billion of joules of energy, produce very high temperature (up to 30k°C) plasma and magnetic radiation and flashes as visible light due to the very fast flow of electrons. There are multiple types of lightning viz, Thunderclouds, Head Lightning and Dry Lightning etc.

Lightning is an electric discharge in the form of flashes and spark in charged clouds and a single flash of lightning consist on multiple strokes.. Lightning generated in thunderstorms are very long from 1 – 100km. The number of strokes in single flash are 4 to 40. The time interval between strokes and complete flash are 20ms – 700ms.

A lightning stroke discharge goes up to 106 Volts and 50k to 250kA which occurs in 10-6 second. That’s why its like an Impulse signal instead of AC and DC.

The above explanation shows that lightning consists of many strong strokes of high magnitude which lasts for very few seconds i.e. lightning can’t be AC or DC but a transient impulses signals at once. 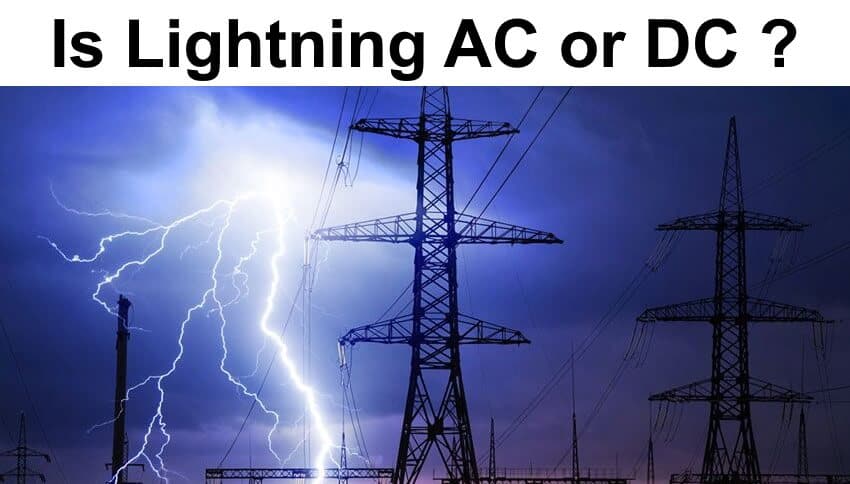 Why Lightning Can’t be AC?

An AC (Alternating Current) signal changes its direction and magnitude continuously throughout the time. In other words, AC wave flows in one direction in the first half cycle and opposite in the second half cycle while changing the values from zero to the maximum and again go to the first point i.e. 0 and so on.

Following are the typical shapes of impulse and stroke waves. It clearly shows that the lightning wave is not like the AC sine wave of current and voltage. 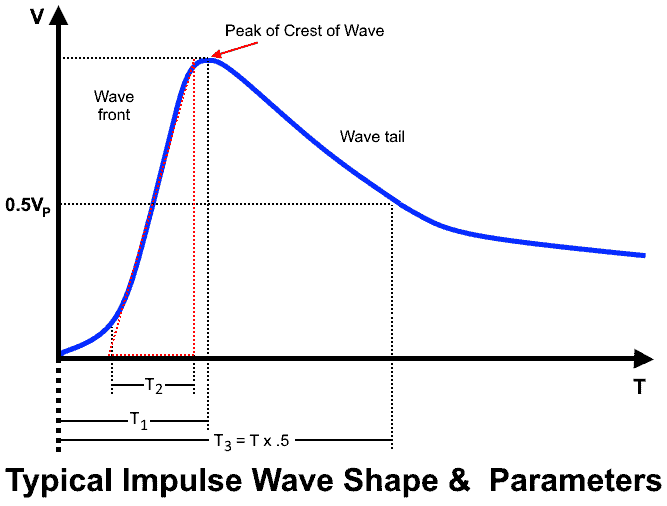 Actually, lightning is a short circuit between clouds to clouds or clouds to earth due to charge density, not potential difference. Another point is that lightning is a capacitive discharge i.e. current flowing from positive to negative like a capacitor. In other words, charge moves only in one direction (uni-polar) like what happens in DC. That’s the reason why lightning can’t be AC.

Why Lightning Can’t be DC

A DC (Direct Current) signal has the constant magnitude which doesn’t change its polarity or direction throughout the time.

A signal can be DC if the ripple factor is less than 3% and the magnitude is ±3 during a time period.

Lightning frequencies are range from 1kHz to 1GHz, where there is no frequency in DC but a mixture of both AC and DC components. It strike from different altitude and wave length slimier to the spiky unidirectional pulsing current or irregular ac signals. That’s the reason why lightning can’t be DC. 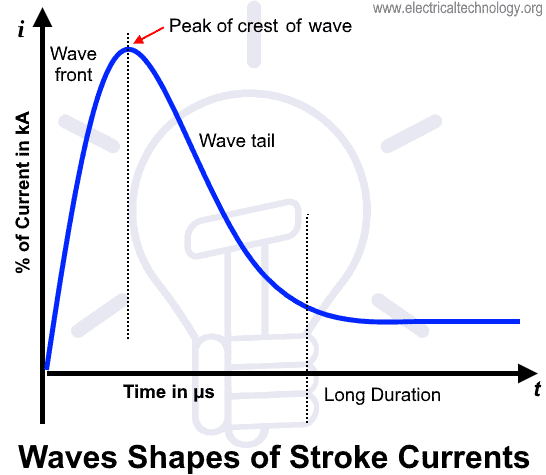 The above discussion prove that Lightning is a very short phenomenon which signal and wave forms are not like AC or DC waves, but slimier to the impulses, that’s why it is known as lightning impulse.

Why a Transformer Can't be Operated on DC Supply?

Can We Operate a 60Hz Transformer on 50Hz Supply Source and Vice Versa?