If an Ammeter is Connected in Parallel with Load, What is the Deflection?

Basic Electrical Engineering Interview Question Series: An Ampere meter is connected in parallel with the 100 ohms load and 220V AC Supply. What is the current value flowing through ammeter? 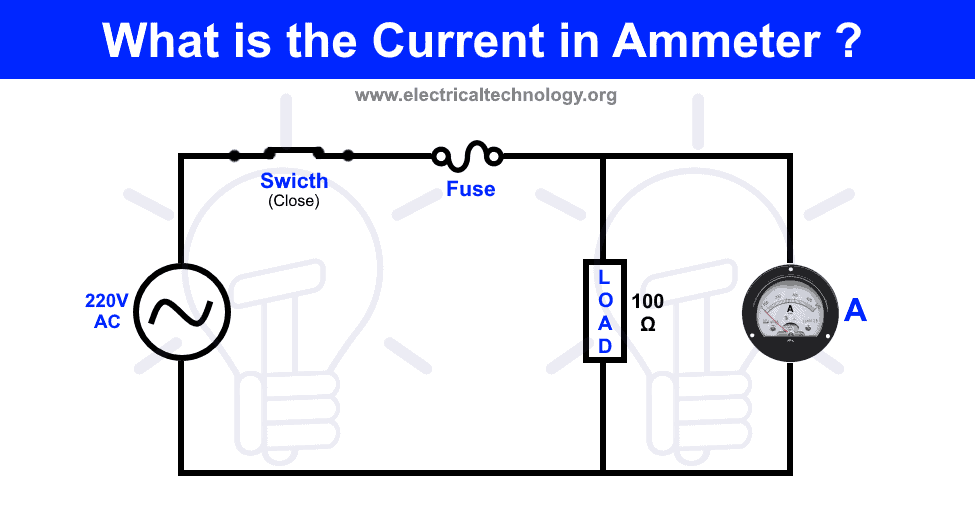 Short Answer: Boom and Ammeter will blow if there is no fuse or circuit breaker.

As shown in the fig above, ampere meter is connected such a way like a short circuit path in the basic circuit.

Now, If we analyze the circuit where ampere meter is connected in parallel with the supply voltage and load. As we know that current always chose a low resistance path to flow, hence the current will bypass the 100 Ohms (current will not flow through the 100 Ohms) load in the circuit and start to flow through the ampere meter due to low internal resistance.

The current flow in this basic circuit is shown with the blue line with arrow around the circuit. 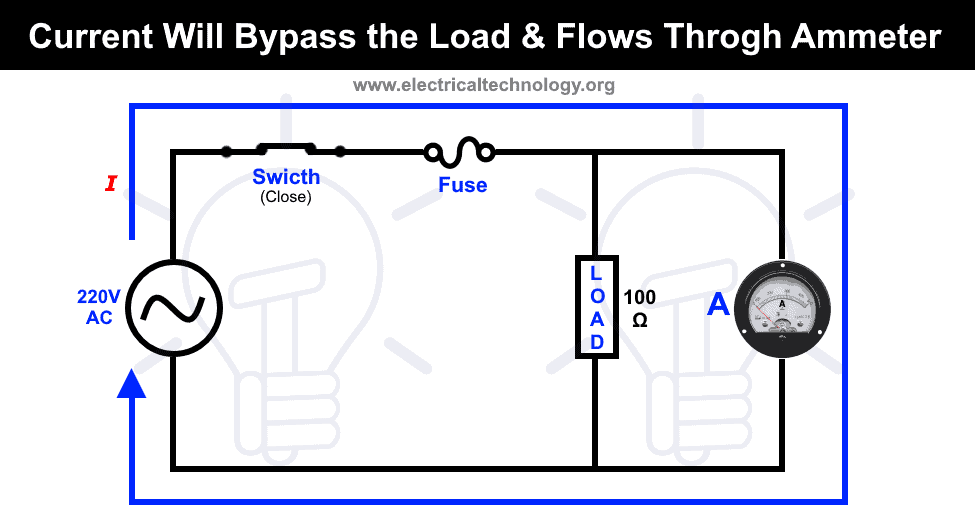 Theoretically, the flowing amount of current through the ammeter circuit is infinite if we neglect the internal resistance of ammeter.

According to the ohm’s law

Will the Bulb Connected in This Strange Circuit Glow? And What is the Current in Ammeter?

What is the Current in Ampere Meter?