With the evolution of smart devices and various wireless communication technologies, it is now possible to leverage these techniques for the best possible benefits for human beings. One such benefit involves controlling of home appliances irrespective of the distance, saving time as well as energy. This smart controlling of home appliances is what we know as Home Automation same as industrial automation.

While there are various techniques like Wireless Communications, Internet of Things (IoT), Voice Recognition method, here we are going to have a small idea about how we can use Voice Recognition for Home Automation purpose. 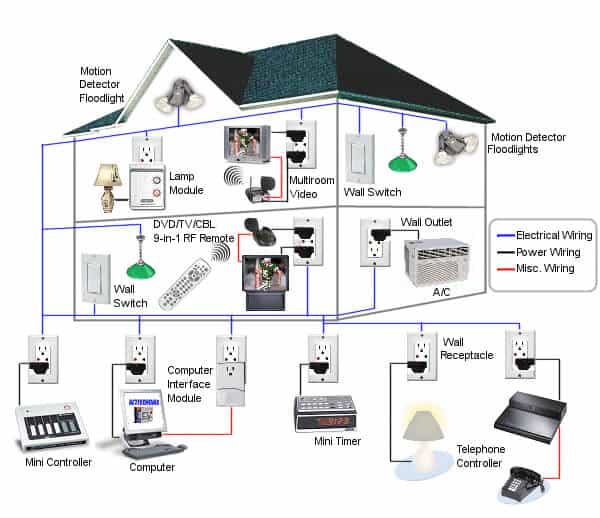 Before that let us have a theoretical knowledge about Voice Recognition.

Voice recognition implies reception and interpretation of any linguistic dictation, by a machine or a program. It is the process of recognizing human speech and decoding it into text form.

It basically involves conversion of analog sound waves (vibrations in air caused by words spoken by human beings) to digital signals, which are decoded to appropriate words and then eventually sentences.

A speech recognition system generally consists of a speech capturing device (basically a microphone and a Analog to Digital Converter, which samples and digitizes the analog sound signals), a Digital Signal Processor (DSP) module (which process the digital signal to convert it from time domain to frequency domain, so as to retain the original information), a Preprocessed signal storage system (a memory card to carry out further task), Predefined speech patterns, stored in the memory as reference for matching, and a pattern matching algorithm for comparing the incoming speech signal with the reference speech pattern. 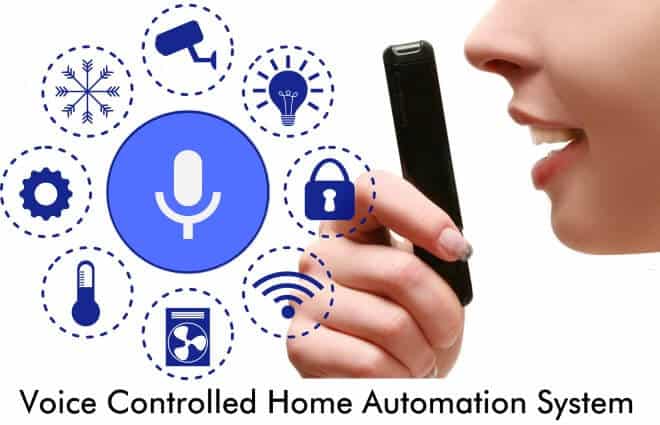 Since this converted digital signal in time domain, is sampled at 16000 times per second, it is not suitable to locate the speech patterns. Hence it is converted to Frequency domain using Fast Fourier Transform (FFT) technique. This technique involves analyzing component after every 1/100th of a second and computing the frequency spectrum of each such component.

Each such frequency graph or spectrum represents the segments of sounds made by the speech dictator. The computer or a controller matches the unknown speech segment with the stored phonetics of the language.

This pattern matching can be done using an acoustic phonetic approach (using the Hidden Markov Model, wherein the speech segment is matched with the phoneme per its probability), pattern recognition approach (unknown speech pattern compared with the reference speech pattern by determining the distance between the signals) and the Artificial Intelligence approach (based on utilization of basic knowledge sources).

Here we have tried to build a small voice recognition based home automation system using wireless communication between two 8051 microcontrollers.

Disclaimer: The transmitter and receiver circuit presented here are theoretical and not tested practically. We have used Multisim which neither has the simulation model for HM2007 nor any Communication Model. Hence proper simulation for the system could not be possible.

Now, let us have a brief idea about how the system would work. 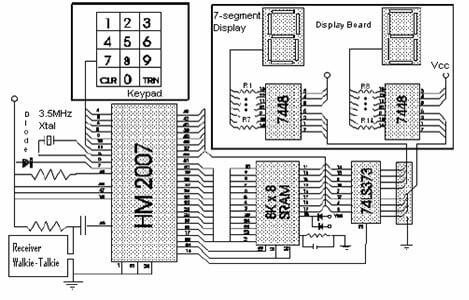 The heart of the speech recognition system involves the IC HM2007, which is a 48 pin IC providing speech recognition function. It works in Manual or CPU mode. It can recognize up to 20 words, each at a length of 1.92 seconds and operates at 9 to 15 Volts DC.Here we can use manual mode for HM2007. 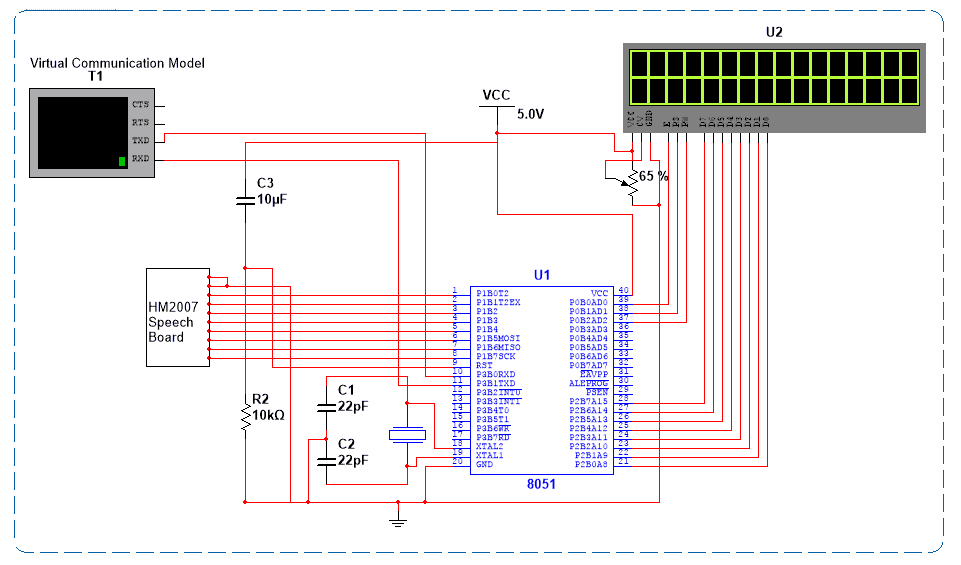 Working of the System

1. The user gives voice input to the MICIN pin of HM2007 IC, through a microphone.

2. The RDY pin of the IC will be in active LOW state, indicating it is ready for training purpose.

4. The Memory Enable (ME) pin, connected to the corresponding pin of external SRAM, which stores the 8-bit data signal corresponding to the number

5. Once the voice input is detected, RDY pin goes HIGH and the IC starts the recognition process.

6. Result of the recognition process is given through the data bus to the 8051 Microcontroller.

7. The microcontroller (named uC1) transmits the data signal through the communication module.

9. The microcontroller uC1 receives this error signal and interrupts the on-going process, and displays the error information on the connected Liquid Crystal Display (LCD).

1. Continuous spoken words cannot be accepted by the system due to overlapping and hence there needs to be a silence or pause between two consecutive words. Thus, only isolated words would be feasible.

2. The system is a speaker dependent system. Too many speakers speaking simultaneously would result in overlapping of the signals and interruptions.

3. There is a limitation on vocabulary size as well. Languages with large vocabulary are difficult for pattern compared to languages with small vocabulary, since chances of having ambiguous words are less.

Irrespective of the above limitations, this system of controlling home appliances using voice recognition method would provide advantageous considering the fact it saves time as well as provides security.

Any other idea regarding controlling of home appliances using voice recognition is welcome in the below comments section.

Counter and Types of Electronic Counters