Monitoring and controlling the level of water in water tanks is one of the most important work in almost many residential as well as commercial areas. In most cases, especially in residential buildings, due to unavailability of any automatic means, it becomes tiresome and inconvenient to frequently monitor the water level in the tanks. In fact, for places with water scarcity, overflow of water would be quite an expensive thing to pay for. 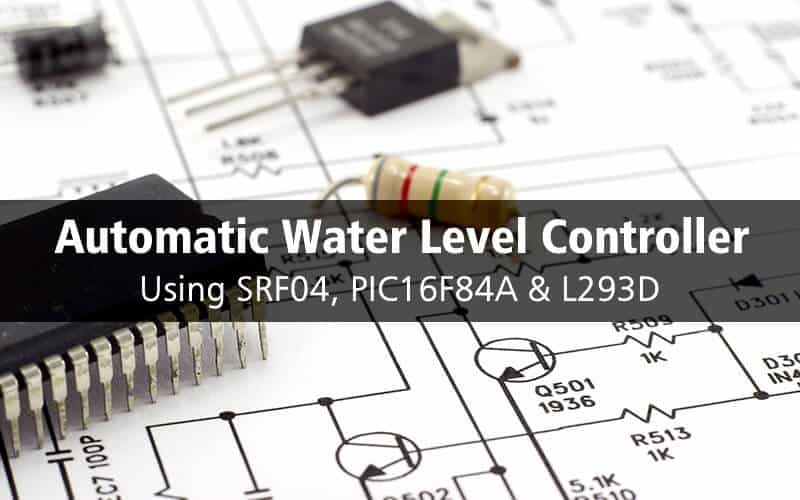 The system consists of an ultrasonic ranging sensor placed on top of the tank such that once triggered, it sends out an ultrasonic signal. Water present in the tank would reflect off the signal. The sensor would receive this signal and the time taken between these two signals give an estimate about the distance travelled by the signals, thus the water level from top.

Here a microcontroller is used to send trigger signal to the ultrasonic ranger. Once an echo is received, the time lag between the two pulses is calculated and this is directly proportional to the water level. The time lag is calculated with help of Timer, whose number of counting pulses denote the distance travelled by signal, or the water level.

Since here the ranger is placed on top of the tank, control of water flow is done considering the level of water from top of the tank. For example, if measured range is found to be between 0 to 1 cm, the tank is overflowing and the microcontroller sends a control signal to rotate the motor in reverse direction, to remove the excess water. ‘ 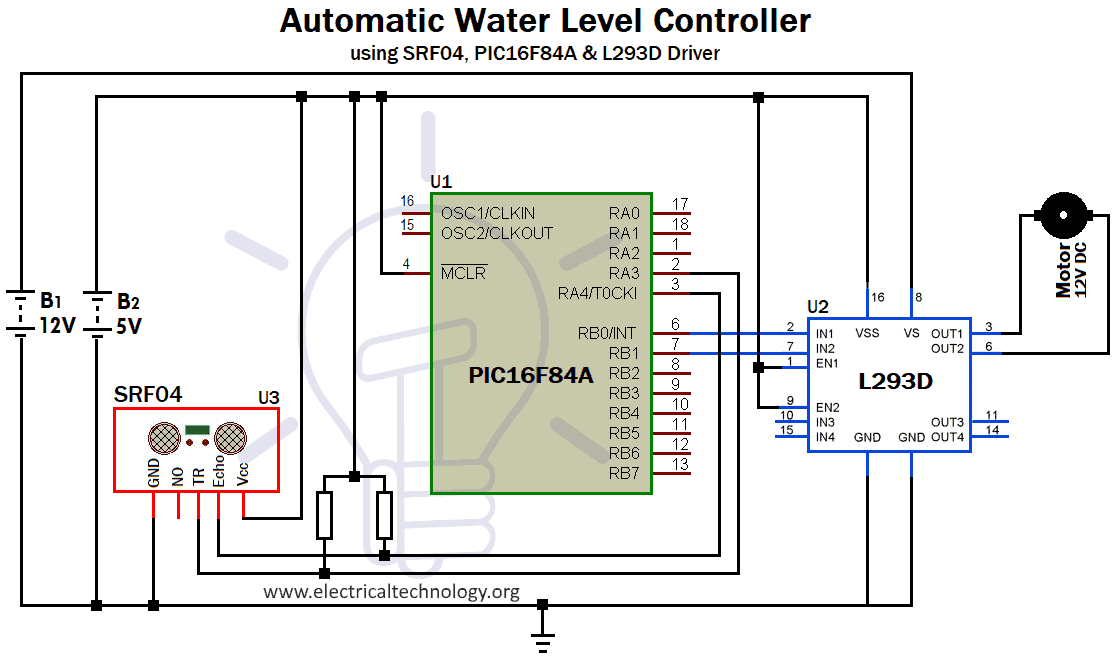 The following components would be used for designing the circuit.

Let us have a brief idea about each component

The SRF04 is a high quality ultrasonic ranger which is used in many robotic applications for easy detection of obstacles. It requires 10 microseconds signal to be triggered. 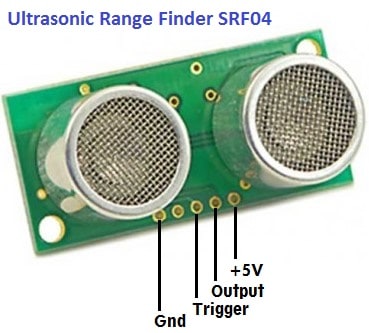 Once triggered, it sends out 8 pulses of ultrasound, at a frequency of 40 KHz and simultaneously sends raises it echo line to HIGH. Once it receives the reflected signal or echo, it lowers the echo line to LOW.

It is a CMOS compatible, 8-bit, 18 pin Flash Microcontroller with a single 8-bit Timer (with 8-bit programmable prescaler). The Timer operation is controlled using the following registers – OPTION_REG, TMR0 and INTCON. The OPTION_REG is an 8-bit register whose 5th bit (T0CS) selects the required timer or counter operation.

Setting the bit selects counter operation whereas clearing it selects timer operation. TMR0 is the timer register, whereas INTCON is the interrupt register whose 5th bit (T0IE) denotes the timer flag, i.e. it sets when the Timer overflows. 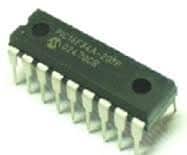 It is a 16 pin, H-bridge based DC motor driver IC. It has the capacity to drive two motors and in both directions. It consists of two enable pins (Pin1 and 9) which when set to HIGH, enable the IC operation. It basically acts as an interface between the microcontroller and the DC motor. It consists of four input pins – two for each H-bridge circuit. Given below is a table denoting the motor control. 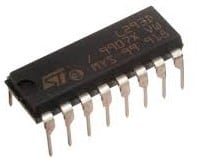 Note: Since SRF04 is a TTL compatible device and PIC16F84A is a CMOS compatible, we are using a pull up resistor of 1K value, to compensate for the voltage level change.

The program is written such that a 10 microseconds pulse is sent from the microcontroller to trigger the ultrasonic ranger. This is written using a delay function. The timer register, TMR0 is loaded with decimal value 200, so that it makes 55 counts.

The procedure is repeated for another echo pulse and so on. The number of times the timer operates is calculated and this denotes the number of echo pulses. Since each echo pulse is of 58 microseconds, it denotes 1 cm. Thus, 5 echo pulses would denote 5cm. The value of this count, stored in an integer, is used to control the DC motor.

An Overview of RFID Based Library Management System

What is Automated Fingerprint Identification System and How it Works?