What is the Difference Between Real Ground and Virtual Ground?

Real ground is when a terminal is connected physically to the ground or earth. where as virtual ground is a concept used in Op-Amps in which a node is assumed to have the potential that of the ground terminal.

In Negative Feedback configurations, the virtual ground concept is only possible when there are same voltages at both terminals and both terminals should not acts as ground. 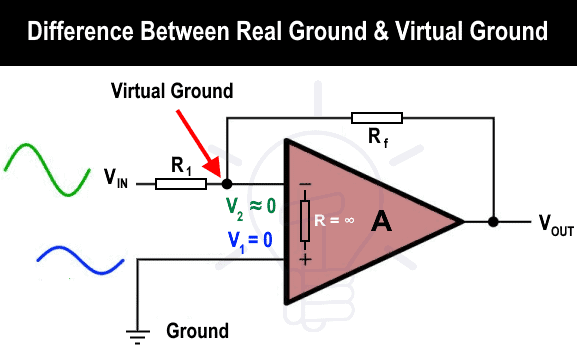 In electric circuits, real ground is a common point with 0 voltage (this is not always the case) and it refers to reference voltage. It is the exact and real connection to the ground or earth point. The concept is same as in grounding and earthing where electrical appliances physically connected to the ground for protection.

Why an Inductor acts as a Short Circuit in DC Supply?

A Voltmeter, Ammeter & Cell are Connected in Series. Ammeter shows No Deflection. Why?