Why is a Zero Ohm Resistor used instead of a Jumper Wire?

What is Zero Ohm Resistor?

A Zero Ohm Resistor (also known as Zero Ohm Link) is a passive device which has ideally “0 Ω” resistance like any other short wire and pure conducting materials.

0-Ω Resistor is a jumper or any other wire packaged the same like the shape of a resistor. It has almost 0-Ω resistance (although it has some resistance in real life as like other conducting materials and ± tolerance). Zero ohms resistors are available in a range such as 1/8W having 4mΩ and 1/4W having 3mΩ.

Many of us have seen these “Zero-Ohm” resistors in the modern PCB design and circuit. So one must ask about “What is the purpose of a zero ohm resistor and why 0-Ω Resistors are used instead of jumpers or wires?” Well, we will discuss the different reasons behind the story. 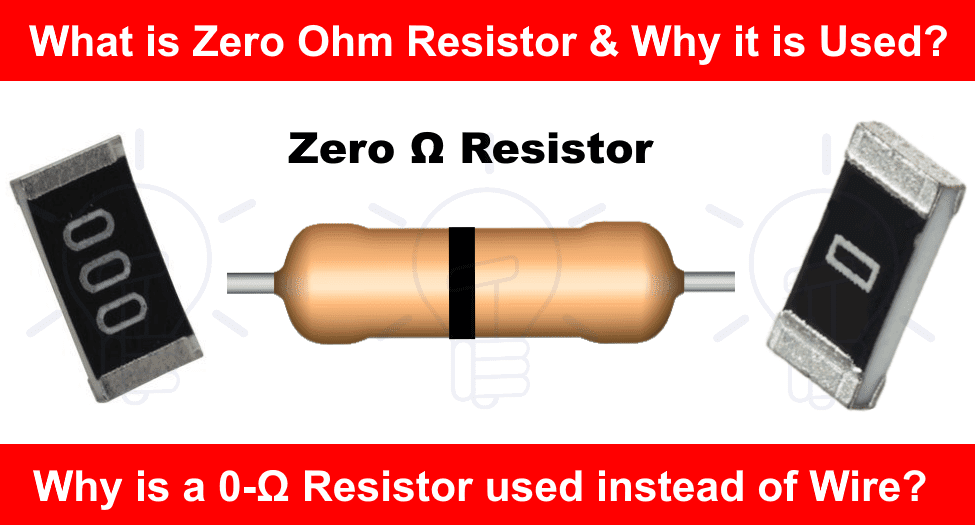 Zero ohms resistors are available in the following two shapes.

It is the general shape of an ordinary resistor. In the wire wound zero Ω ohm resistor, there is only and only one black line ( single black band) printed on the resistor. The single black strip o-ohm resistor is shown in the following fig. 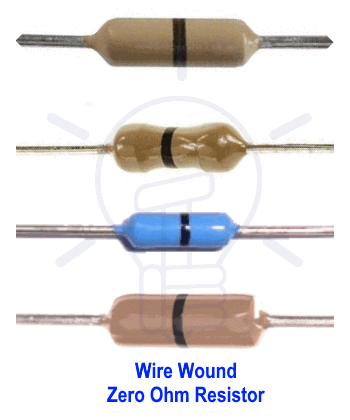 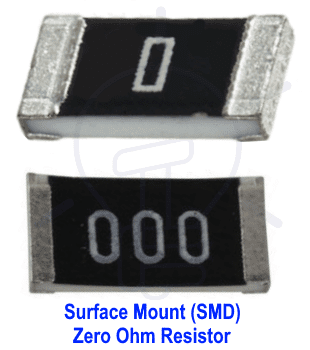 Good to know: SMD stands for “Surface Mount Device”. We have discussed in the previous post about how to to find the value of SMD Resistors with color codes.

Why a Zero Ohm Resistor used instead of  Wire?

There are multiple reasons to do so. Some of the zero ohm resistors application are as follow:

In PCB mass production, an automatic insertion machine is used to pick and place the components and devices such as diodes, capacitors, inductors, resistors etc. For the ease and reduce the production cost, it is an easy approach to use zero ohm resistors instead of wires and jumpers because you will have to manage another automatic wire placer machine or you will have to manually place it. In other words, you will have to use two machines, one for components and other one for wires and jumper which leads to a costly production and more time needed to fully assemble the PCB.

Yes, they exist. Copycats simply copy the well known PCB designs using reverse engineering tactics. In this case, zero ohm resistors are the best alternative to wires which confuse and prevent the copycats. To do so, designers and manufacturers put 0-Ω resistors with no marking or use different resistor color codes. This way, the chances of copying a PCB design are lesser with more efforts.

Should I Use a 0-Ω Resistor or Jumper Wire?

Well, if you are a hobbyist and just love making PCB designs and circuits for your own purposes, It is better to take the soldering iron and place a wire instead of picking those tiny so called 0-ohm resistors (they are having little bit resistance).

If you are doing mass production and working on a brand, you must use 0-Ω resistors instead of jumpers as all of your competitors are doing the same due to the above mentioned reason and advantages.

Why are Stones laid in an Electrical Substation?