How Does a Nuclear Power Plant Work?

What is Nuclear Energy?

Nuclear energy is becoming well developed as a source of energy. Compared to other sources of energy like solar energy, and hydroelectricity, nuclear energy is more stable in that its power supply is stable. Power generated by hydroelectric power plant is always dependent on the volume of water in a dam. Likewise the energy generated by the solar panels depends on the amount of sun it receives.

To understand better how the energy produced by a radioactive element is harnessed to give us electricity, let’s see how the radioactive elements produces the energy in their nucleus. Remember that the nucleus of these elements are never stable. They’ll keep on splitting until they attain stability, that’s if they can. The process will lead to the release of energy, emission of gamma ray, beta ray, and alpha particle. 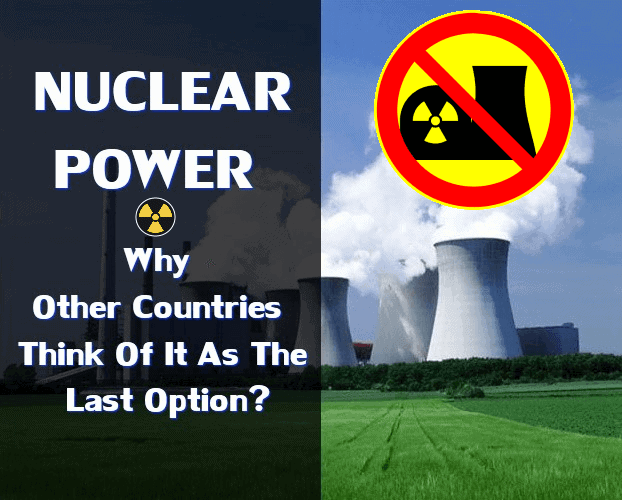 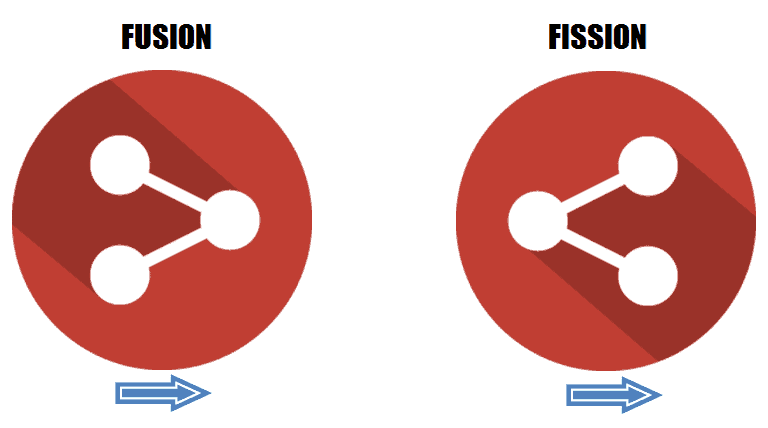 Equation of Matter to Energy Conversion

A very careful measurement has shown that when it comes to nuclear changes, the laws of conservation of matter and energy do not hold even though they still are applicable in our everyday life and much of it is also seen in physics. During nuclear reaction, small amount of matter gets destroyed in the process.

That is irrelevant when it comes to chemical reaction however, when Radium which is a radioactive element decays radioactively, a fraction of it is lost in the process while energy is gained. It seems that matter is being converted into energy. This is absurd and hard to believe because we don’t see it happen in our everyday life or in our physics laboratory.

according to this equation of energy, mass can be converted into energy and vise versa. in addition, the explosion of atomic bombs on Nagasaki and Hiroshima (Japan’s Cities) in 1945 (during world war II) were base upon this equation.

How a Nuclear Power Plant Works?

The earlier types of nuclear power station generated electricity through the fission of Uranium – 235. A block of graphite ( carbon ) is placed at the core of the nuclear reactor to reduce or minimize the speed of the neutrons. The reason why the velocity of the neutrons have to be minimized is because only at a low velocity can the neutrons penetrate the nucleus of the Uranium – 235 atom. There are tabular channels passing through the graphite block. 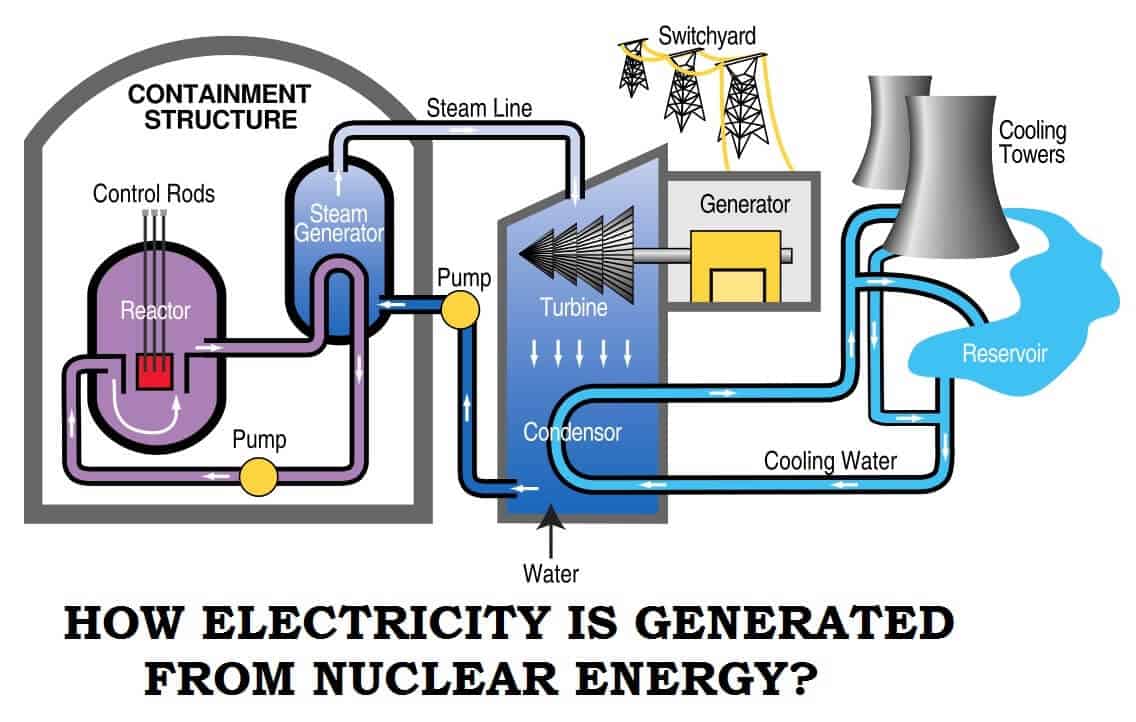 Among the Uranium rods are other rods, made of boron steel. The use of boron steel is to absorb excessive neutrons. By varying the number of the boron steel rods in the reactor, the speed of the reaction is also regulated.

For safety reason, the boron steel rods that are not fully lowered are held by electromagnetic catches. If the reaction is going too fast, the rods will be dropped quickly into the channels in the core to slow the reaction.

The energy emitted by the nuclear energy during reaction causes an increase in the internal energy and other materials in the reactor. In some designs of nuclear power plant, carbon dioxide (gas) is pumped through the channels in the core and is heated by the internal heat energy generated during the nuclear fission.

The hot gas is finally channeled out of the core to a heat exchanger where the hot gas is used to boil water. The steam produced while boiling the water is used to turn the turbine which is connected to electric generated. By this stages, nuclear fission is converted to electrical energy. The fuel used by the reactor described above is Uranium – 235 which is quite rare. A more advanced and a cheaper reactor recently developed is a reactor called Breeder Reactor.

The essence of CO2 and liquid Na, is to serve as cooling liquid, to cool the system by absorbing the heat energy of the system which in turn is used to boil water to generate steam for the turbine which turns the electric generator.

Advantage and Disadvantageous of Nuclear Energy

Nuclear energy has advantage over the other sources of energy in that it generates more energy and is more stable. The amount of energy it generates is not dependent on the intensity of the sun or the volume of water a dam holds like the hydroelectric power plant. Also read.

Why Nuclear Power is the Last Option in Most Countries?

It’s no no news that radioactive radiation is very dangerous. It causes cancer and so many other deadly disease. Worst of all, it causes genetic mutation. You don’t just get up and say you want to build a nuclear power plant, you have to consider one factor.

This one factor affects everything and is the primary reason why some countries think of it as the last option. It’s not the cost of the fuel..,,, Where is the nuclear waste going to be disposed?

This factor affects whatever choice that is to be made. Dispose it in the sea? People fish and more over that country isn’t the only country making use of the sea. Dispose it on land?

What about farmers and the people living around the area? The problem of disposal of nuclear waste is one of the reasons some countries take it as the last option.

Fault Current Limiter and Their Types

Why Radio Waves Are Chosen For Close Range Transmission?