How to Read MCB Nameplate Rating?

MCB (Miniature Circuit Breaker) is very common protection device (Such as fuse) used in domestic and industrial wiring and application and most of us have tried to buy MCB. It is very important device, which is to be procured with care.

But when we use to visit shops or take advice of our “expert” electrician then in most of time, without any technical consideration they advise for a particular brand. For us, especially who is not from electrical background, it is very tough to understand technical points of MCB.

We just see the MCB rating and buy it. It is really a wrong practice. Your electrician or shopkeeper may be suggesting you the right product but you also should know about it while purchasing.

Deciding MCB is very simple. Most of the data is generally printed on a MCB. Only few local companies hide information and you can easily ignore them. We would like to tell you about printed information of MCB. 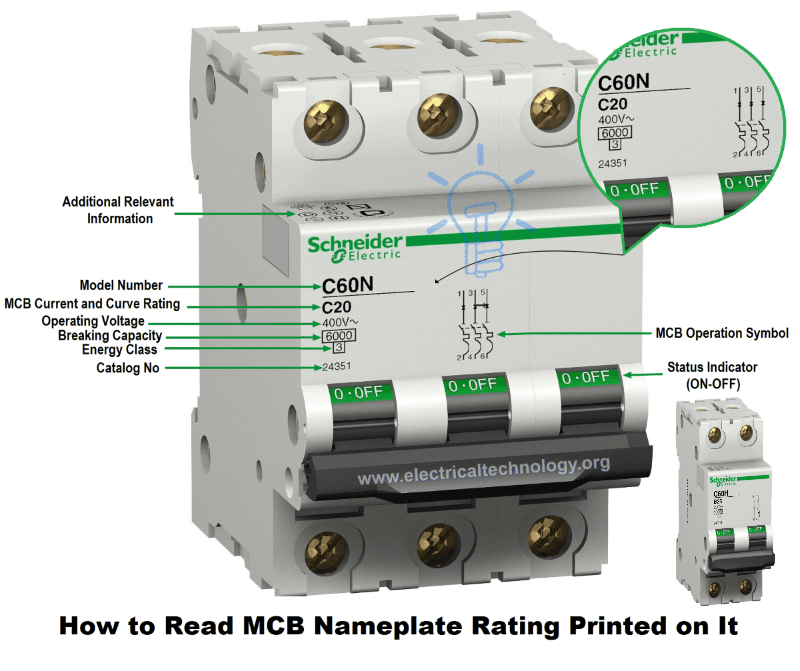 Below is the typical MCB nameplate rating data which shows the most important information printed on it. 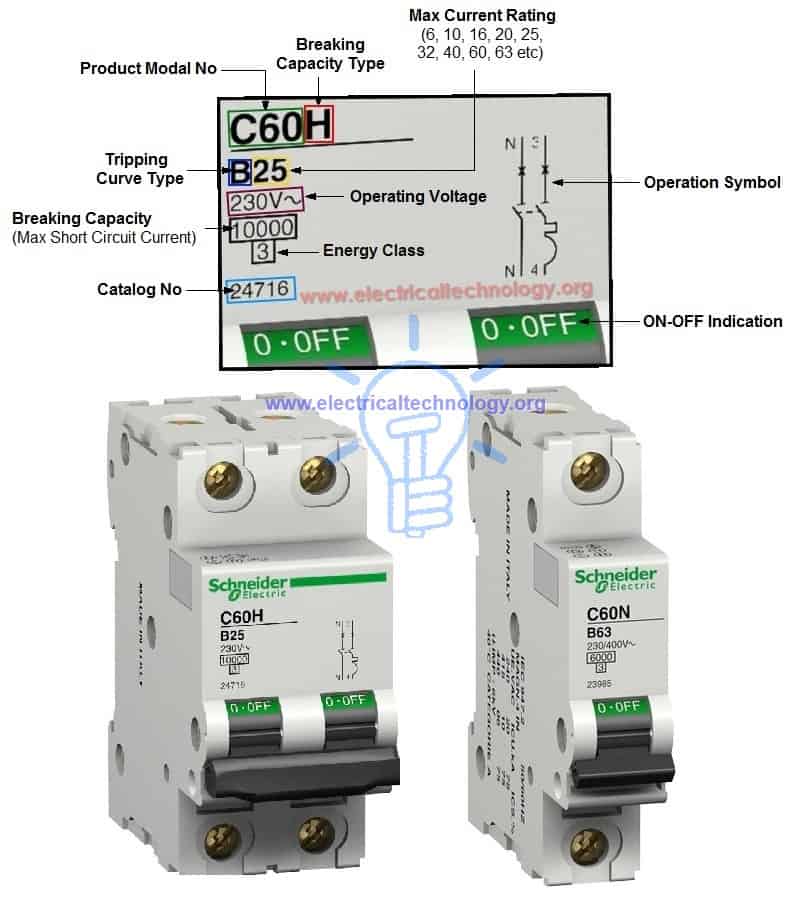 P.S: Printing of MCB data may be placed as per the convenience of manufacturer. Model No. of every manufacturers are of different style. No standard definition format used but translated in easy words for easy understanding. for proper and more information related to MCB rating nameplate, use the provided Datasheet by the manufacturer of that MCB(s).