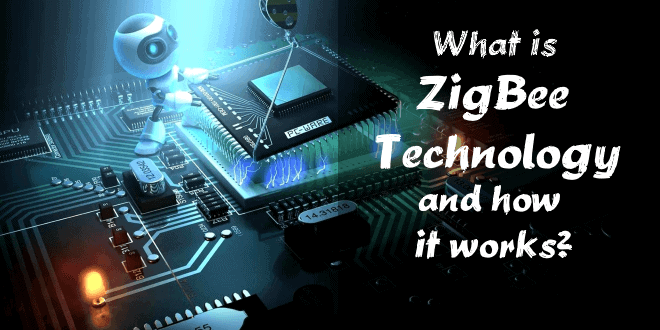 Also Read: Electric circuits / Networks and important terms related to it you must know

ZigBee standard was developed by ZigBee Alliance including many major companies like Philips, Mitsubishi Electric, Epson, Atmel, Texas Instruments, etc. This Alliance was formed in 2002 as a non-profit organization.

The ZigBee Network Protocol follows IEEE 802.15.4 standards for Physical and MAC layers, along with its own Network and Application layers. 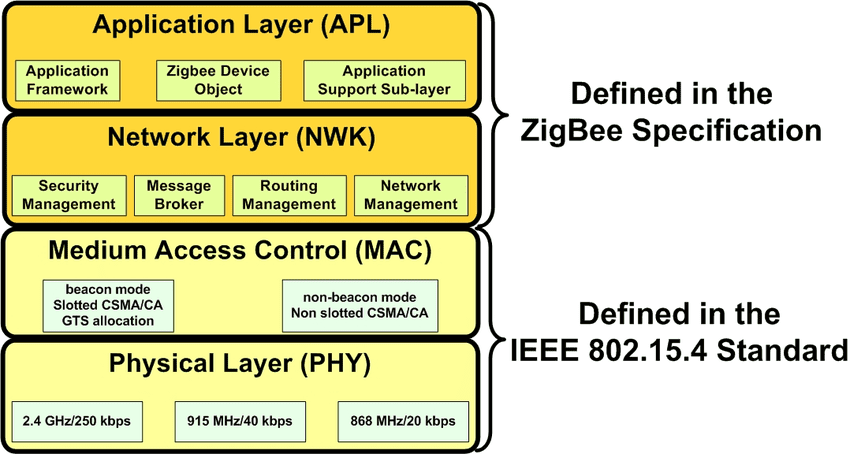 Also Read: An Overview of Energy Conservation in Buildings

Given below is explanation for each layer.

ZigBee Network supports many types of topologies, the popular one being – star and peer to peer topologies. Each network topology consists of three types of nodes – ZigBee Coordinator, ZigBee Router and ZigBee End Device. The Coordinator performs the task of allocating unique address to each device in the network, initiates and transfers messages in the network and selects a unique identifier for the network. ZigBee devices are of two types –Full Function Device (FFD) and Reduced Function Device (RFD) 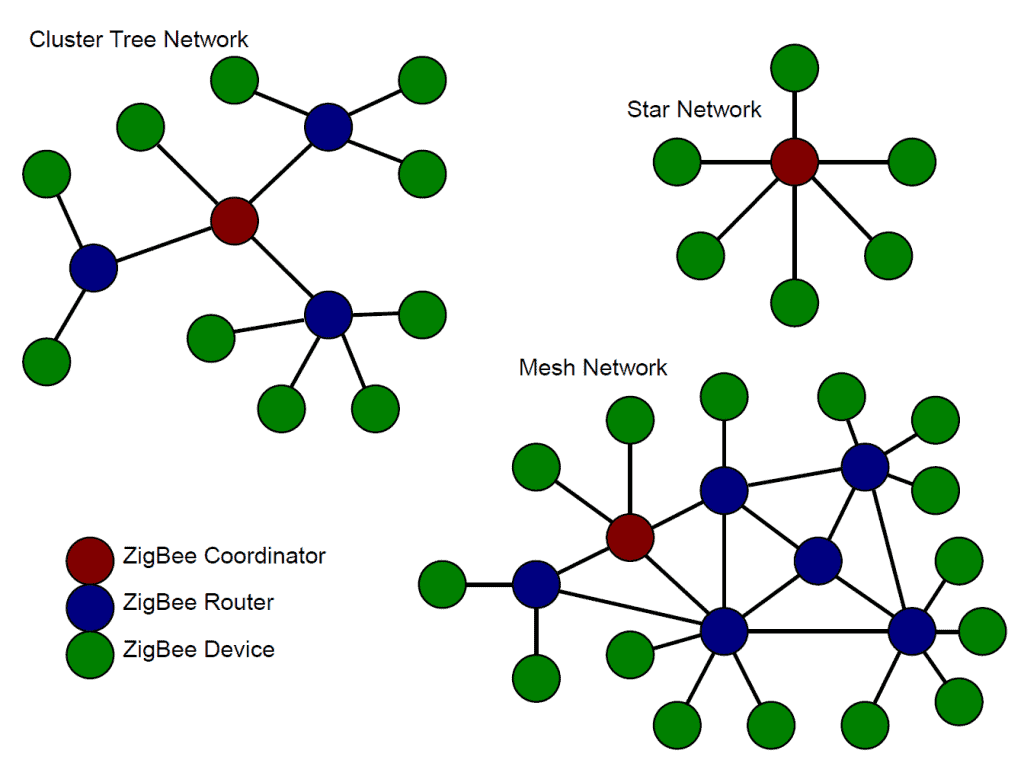 In Beacon Enabled Networking, contention free channel access method is used. Here the Coordinator allocates a particular time slot to each device, known as Guaranteed Time Slot (GTS). Here all the devices in the network need to be synchronized. This is ensured by sending a Beacon signal from the coordinator to each device (node), such that each device synchronizes its clock. However, this may end up reducing the battery life of devices when not in any other task than synchronizing their clock.

Once the device is synchronized, it can transmit data to the coordinator using Carrier Sense Multiple Access with Collision Avoidance (CSMA-CA) method, wherein type of occupying signal is determined, or during the GTS allocation period.  On sending a request, the Coordinator sends back the acknowledgement. For transfer of data from Coordinator to device, an indication is send with the Beacon message to the device. The device then receives this indication and sends a data request message. The Coordinator sends an acknowledgment of this data request receipt and transfers the corresponding data.

Also Read: What are Industrial Communication Networks? An Overview 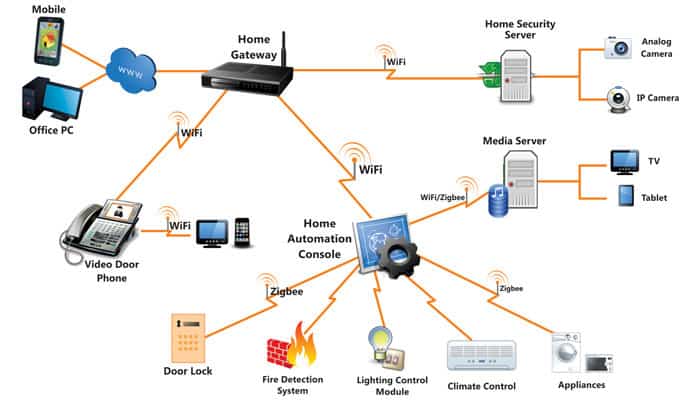 Healthcare Automation: A popular example of healthcare automation is remote health monitoring. A person wears a ZigBee device with a body parameter measuring sensor which collects the health information. This information is transmitting on the ZigBee network to the Internet Protocol (IP) network and then to the Healthcare personnel (the physician or the nurse), who would then prescribe proper medication based on the received information.

You may also read: Power Distribution in Industries – All You Need to Know

An Overview of RFID Based Library Management System