What is Magnetomotive Force (MMF)?

The pressure required to establish magnetic flux is a ferromagnetic material (material having permeabilities hundreds and thousands time greater than of free space) is known as magnetomotive force (MMF). It is measured in ampere-turns.

In short, a force which is responsible to drive flux in the magnetic circuit (same as electromotive (EMF) which drives electron in an electric circuit)  is known as magnetomotive force .

The SI unit of MMF is AT (Ampere-Turns) and G (Gilbert) is the CGS unit of magnetomotive force. It is also known as Ohm’s law for magnetic circuits which can be expressed as:

What is Electromotive Force (EMF)?

EMF is the cause and voltage is the effect. Electromotive force (EMF) produces and maintains potential difference or voltage inside an active cell. EMF supplies energy in joules to each unit of coulomb charge. The symbol of EMF is E or ε and the SI unit of electromotive force is V (Volt) same as for voltage.

EMF can be expressed by the following equation: 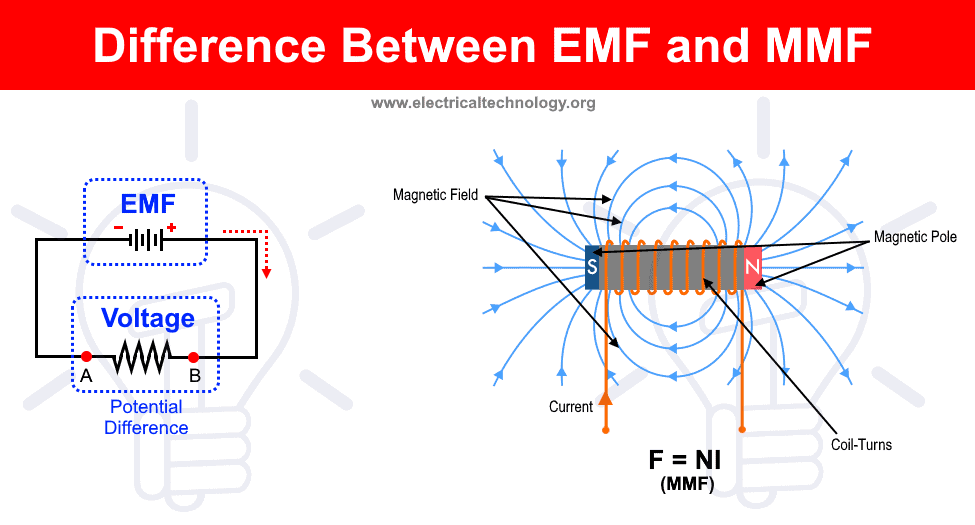 Are The Batteries Connected in Series or Parallel?

Difference Between Electric and Magnetic Circuit