Difference Between Capacitor and Supercapacitor / Ultra-Capacitor

Both Supercapacitor and conventional capacitors stores charge in the form of electrostatic field. They are passive components while supercapacitive a type of polar capacitors. While the function of normal capacitor and ultra-capacitor is same to store charge, there are some difference between them which we will discuss as follow. 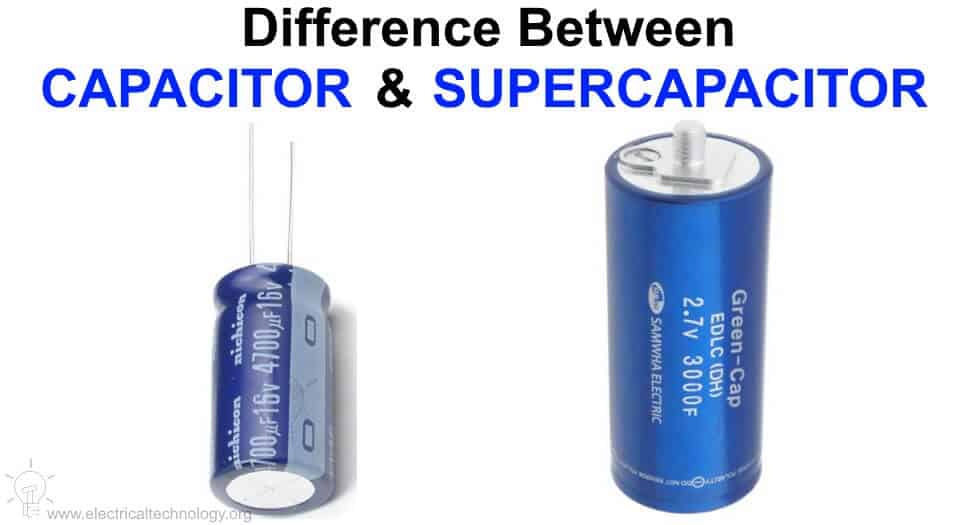 A Capacitor is a two-terminal passive electronic component that stores charge in the form of electric field between its metal plates. it is made up of two metal plates (electrodes as anode and cathode) separated by an insulator known as the dielectric.

When source voltage is applied across the two terminal of a capacitor, the current want to flow through the insulating material but it opposes the flow of electrons. When the voltage across the capacitor terminal is equal to the applied voltage, the insulation medium still resist to the flow of electrons. This resist phenomena makes a changes which create an effect to store energy in the form of electrostatically field. 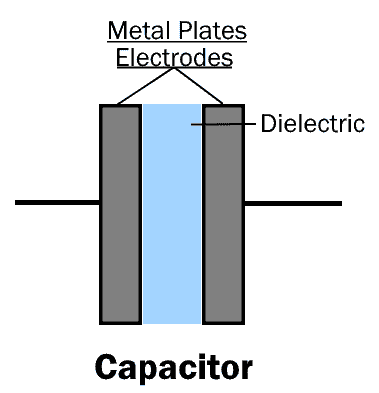 Supercapacitor is also known as Super Cap, Double Layer Capacitor or Ultra-capacitor. The electrodes of supercapacitor is coated with active carbon as electrode material. A separator is used between Anode and Cathode in Supercapacitor, whereas a dielectric materials are used in conventional capacitor.

The supercapacitors store charge either using electrostatic double-layer capacitance (EDLC) or electrochemical pseudocapacitance or both known as hybrid capacitance.

Supercapacitors are made of metal foil (electrodes), each layered with activated carbon. These foils sandwich the separator in between. The separator is an ion-permeable membrane such as graphene (used in modern supercapacitor) which provides the insulation and exchange of ions of the electrolyte between the electrodes.

Supercapacitors are considered between Capacitors and Batteries. The main reason is that Supercapacitor charges very fast like a capacitor and its capacity is high and discharge rate is slow like a Battery. 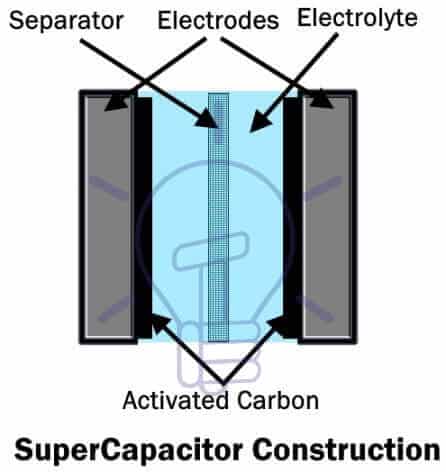 Main Differences between Capacitors and Supercapacitors

There are key differences between a capacitor and ultra-capacitor which are shown in the below table as comparison.

Difference Between a Battery and a Capacitor

Difference between Analog and Digital Multimeter