As we have only single units of solar panel and battery etc. This way, we don’t need to connect them in series, parallel or combo of series-parallel connection. We will directly connect them to the charge controller, battery and DC loads. 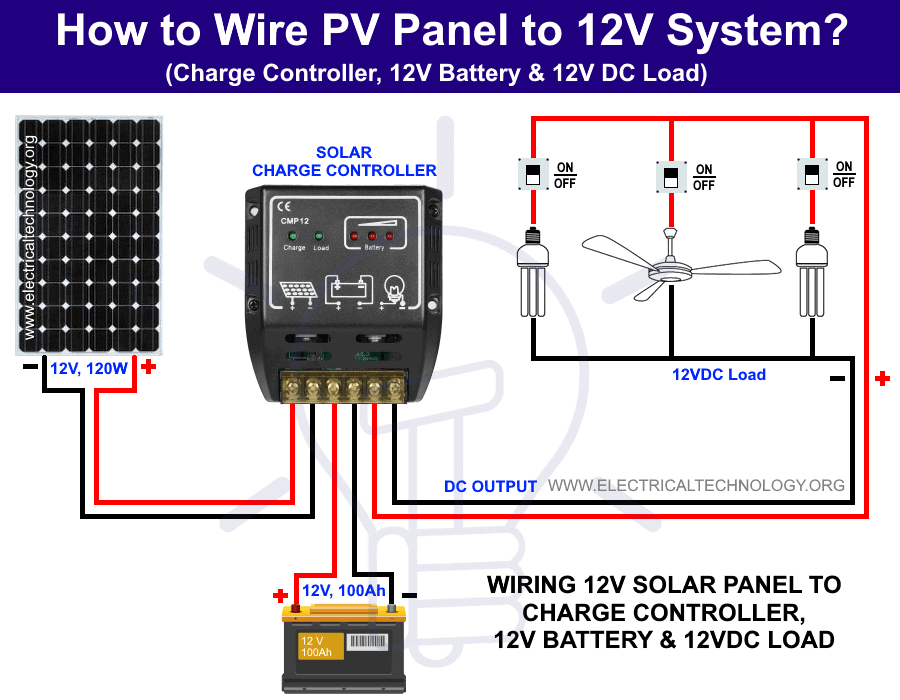 What is Electrical Power? Types of Electric Power and their Units