Why is Battery Rating in Ah (Ampere hour) and not in VA or Watts.

Battery stores charge in the form of chemical energy and then converts it into electrical energy to utilize for a specific time. The amount of available charge is the capacity of a cell or battery which may be expressed in Ah (Ampere-hour). Moreover, in a charged battery, the numbers of molecules are limited to create a flow of electron in electric circuits, so, there must be a limited number of electrons in a cell/battery which they motivate through a circuit to fully discharge. 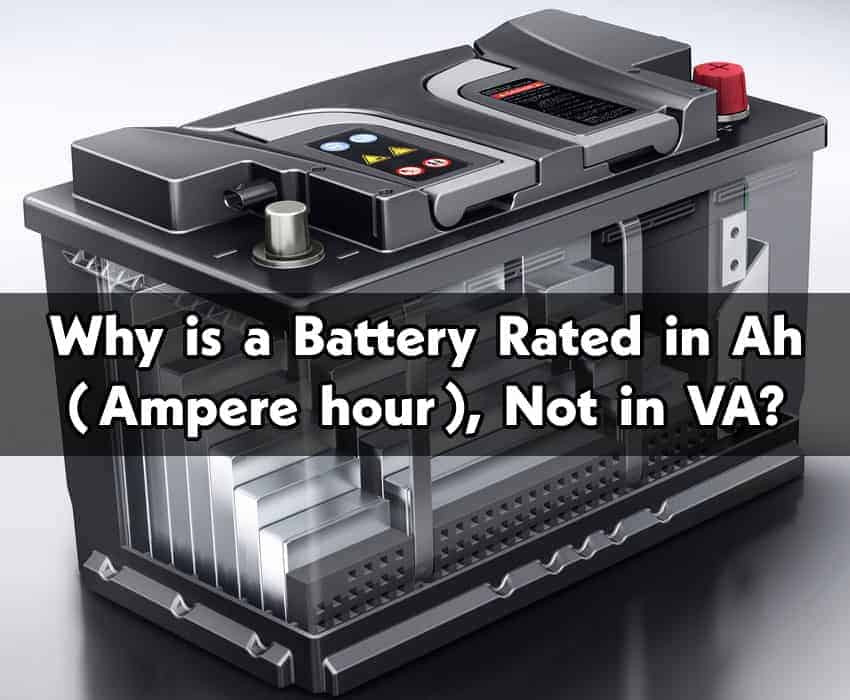 In addition, 1A (Ampere) = 1 coulomb of electrons per second and,

Why make up a new unit for battery capacity rating when an old one unit is doing just fine? Of course! To make your lives as technicians and students more difficult ;). As they do for electricity units… i.e. 1 Unit of Electricity = 1kWh = 1 board of Trade Unit.

Why Battery is Not Rated in VA (Volt Ampere) or Watts?

VA stands for volt amps. This is the measurement for apparent power one of the three types of power in AC circuits. The other two are true power, measured in watts and reactive power measured in VARS (Volt Amperes Reactive). The relationship between the three determines a high power factor which is what you want in an AC circuit. Batteries are DC where power factor is unity (i.e. P.f is not not applicable in DC circuits due to zero frequency).

Why Motor rated in kW instead of kVA?