Why are Electric Motors Rated in kW or Horsepower (hp), and Not in kVA?

We already know that Transformer rating may be expressed in kVA instead of kW as well as Generator and Alternator rated in kVA. This is because the manufacturer and designer doesn’t know the actual consumer power factor while manufacturing transformers and generators i.e. the P.F (Power factor) of transformer and Generator/Alternator depends on the nature of connected load such as resistive, capacitive, and inductive load etc which affect the overall power factor of transformer and generators as the consume reactive power according to the load as well. The scenario is different in case of rating of eclectic motors. 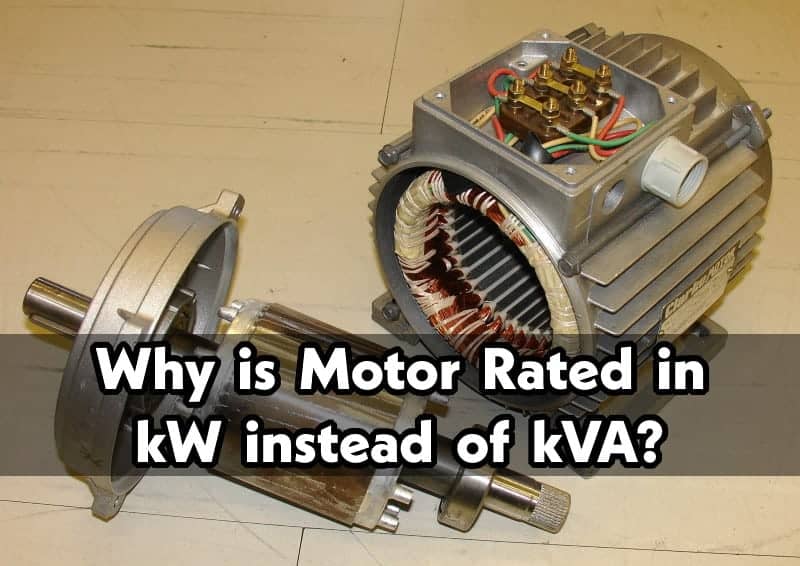 On the other hand, Electric Motor has fixed Power factor, i.e. motor has defined power factor (P.F)  and the rating has been mentioned in kW on Motor nameplate data table. That’s why we rated Motor in kW or HP (kilowatts/ Horsepower) instead of kVA. in more clear words, Motor only consumes active power in watts as input and provides mechanical power in HP or kW at motor shaft as output.

In addition, an electric motor is a machine which converts electrical power into mechanical power. In this case, the load is not electrical, but mechanical (Motor’s Output) and we take into the account only active power which has to be converted into mechanical load. Moreover, the motor power factor does not depend on the load and it works on any P.F because of its design. These are the simple reasons why is a motor rated in horsepower (hp) or watts (W) instead of volt-amperes (VA).

Why is a Battery Rated in Ah (Ampere hour), Not in VA?

Why is a Power Plant Capacity Rated in MW and not in MVA?