What is a Solenoid?

Solenoid is an enamel wire (coil wire) wound on a round shaped, made of solid materials like Steel to generate a uniform magnetic field. It acts as an electromagnet, when electric current passes through it. It is also used to control the motion of objects such as control the switching of relay.
It ranges in size from less than one quarter of an inch to more than 15 inches in diameter. 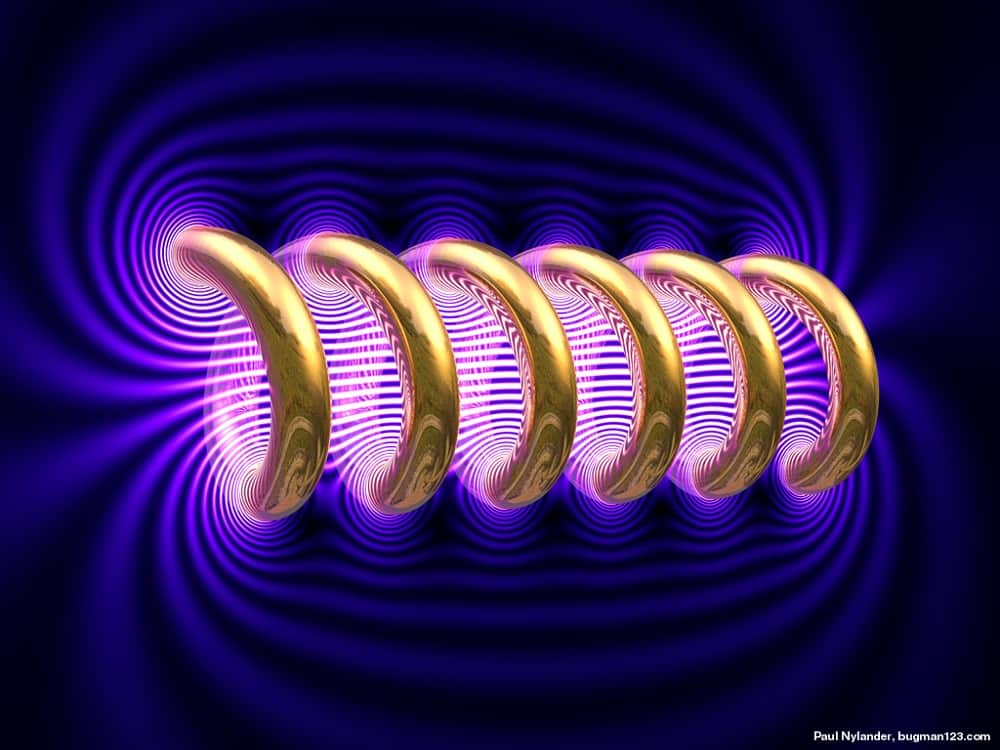 There are two basic laws governed by the solenoids, which are as follows:

Faraday’s law tells that when a conductor moves in a magnetic field, it produces EMF, and the induced EMF or Voltage is proportional to the rate of change of flux and number of coil turns.
Generated Voltage = E = -N dɵ/dt
Where
E = Induced Voltage
N = Number of Turns
ɵ = BA = where B = Magnetic flux, A = Area of Coil.

The MMF (magnetic motive force) around a closed loop is equal to the electric current enclosed by the loop.
BL = µNI
As it concentrates magnetic lines of flux, therefore, its core is made of ferromagnetic materials. When electric current passes through the coil, a magnetic flux induces within the core material. Some magnetic flux appears outside the coil (near ends of the core) and a small amount of flux flows off across the coil.

A solenoid is a basic device, which is used to provide an electromagnetic path in order to transmit maximum magnetic flux density with minimum input of energy. In other words, it is a device, which convert electrical signal into mechanical motion. A useful objective of the solenoid is to get the relationship between variable ampere-turns and flux density working in air gap, i.e. to transfer the maximum energy (NI) from the solenoid coil to the working area. It is important to consider the effect of heat in because increase in coil temperature reduces the work output of the solenoid.

Iron path saturation in a solenoid is considered in two ways:
When input power is increased, the flux density of magnetic flux increases until iron saturates. Any further increase in power will increase the heat without an increase in force and torque. Output force can be increased by changing the area of iron path.

The current depends upon the number of copper wire turns. Magnetic circuit determines the value of magnetic flux within the solenoid by using constant voltage to reduce ampere-turns. i.e.,
BL = µNI or
B = µ (N/L) I
B = µnL

Heat is a function of power in a solenoid and it is dissipated by airflow.

Duty cycle is determined by ON/OFF time. If a solenoid is energized ¼, then duty cycle is 25%. It determines the amount of input and heat. The Solenoid is designed for continuous duty and can dissipate ten times the input power at 10% duty. The ON time of solenoid is one second, which will not cause any damage, but if the solenoid is being energized for 10 minutes at 25% duty and its ON time is 600 seconds then, a single pulse may burn out the whole solenoid.

Energizing time for solenoid to complete a stroke is measured from the beginning of the initial pulse to the energized position of the solenoid. This Time is dependent on duty cycle, ambient temperature, Input Power and load for a given solenoid.

Solenoids have been divided into two main categories: 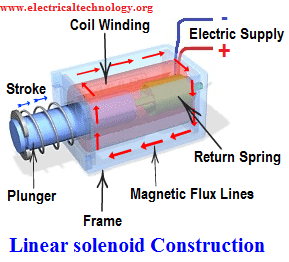 Linear solenoid is an electromagnetic or electromechanical device, which convert electrical power into a magnetic signal or mechanical motion. It works on the same principle as the electromechanical relays and can be controlled by using MOSFET, Transistors, etc. It can be designed for proportional motion relative to power input, includes push and pulls application. They are used to provide high force, because they are developed by the combination of high magnetic flux and ferromagnetic material to provide more power.

All linear solenoids are pull type which makes sense that plunger (as armature) assembly is pulled in and it moves towards the stop when solenoid is energized. 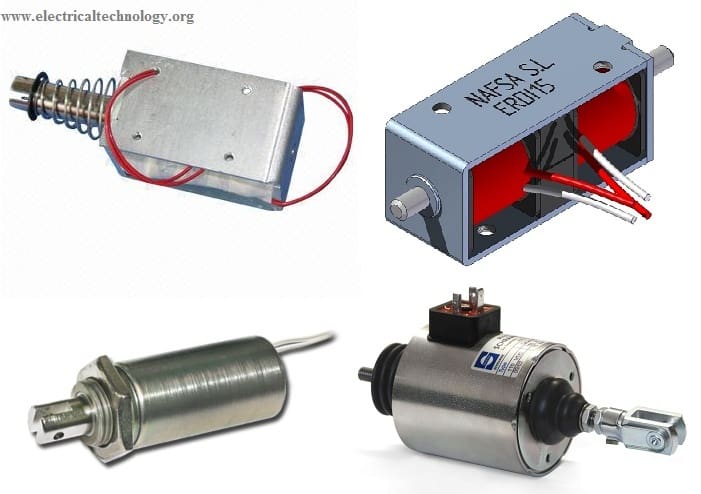 Application and Uses of linear solenoids:

Rotary solenoid is also an electromechanical device, which is used for rotary motion or angular motion, which produces rotation in both sides viz clockwise or anticlockwise.
It is also used where the required angular motion is very small and DC stepper motor cannot do the job.
Available rotary solenoids provide moments of two positions self-restoring (0° to 90° and 90° to 0°) Three Position self restoring (0° to +45° or 0° to -45°) and two position self latching.
It is similar to the linear solenoid but the difference is that the core is mounted in the center of the large flat disk. 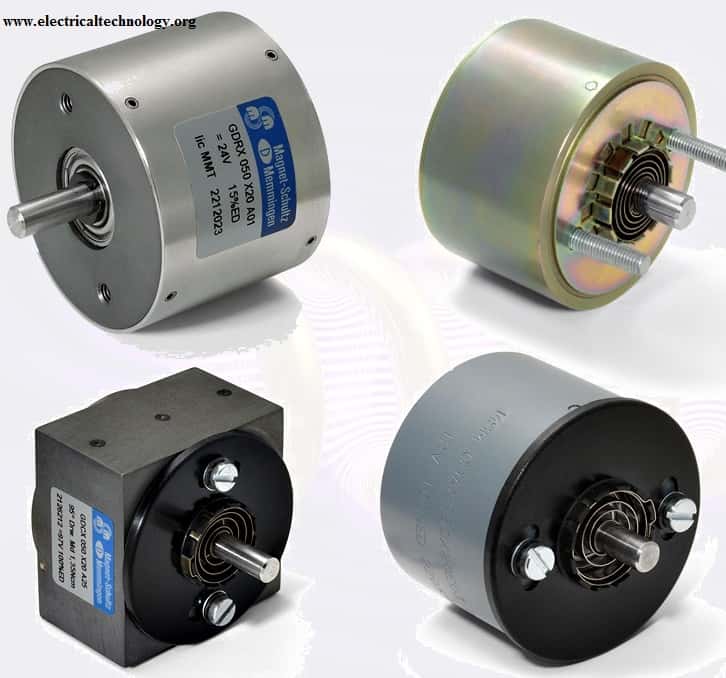 Application of solenoids in Industry:

Solenoids are used almost everywhere in the industry. Some of their major applications are as below:

A few words:
While involving in the process of solenoid design and manufacturing, it is among the best actuation device in terms of size, cost and simple installation as well as it provides a possible solution for customer in a short time. From the point of uses and applications, it is quite clear that it has an important role in the field of medical technology, Security and other common industries in the modern world.