Cable Faults, Types, Causes and How to locate faults in Cables via different Tests.

Introduction to Faults in Cables

Unlike the insulated cables, faults in uninsulated cables are easily detected as the most common fault associated with such type of cable is cut and break in the cable or wire conductors.

In insulated cables especially the multicore cables, the faults are of different types and have many causes.
Before we discuss how to locate these commonly met faults, let’s see what the cable faults are and the possible causes and locating of these faults. 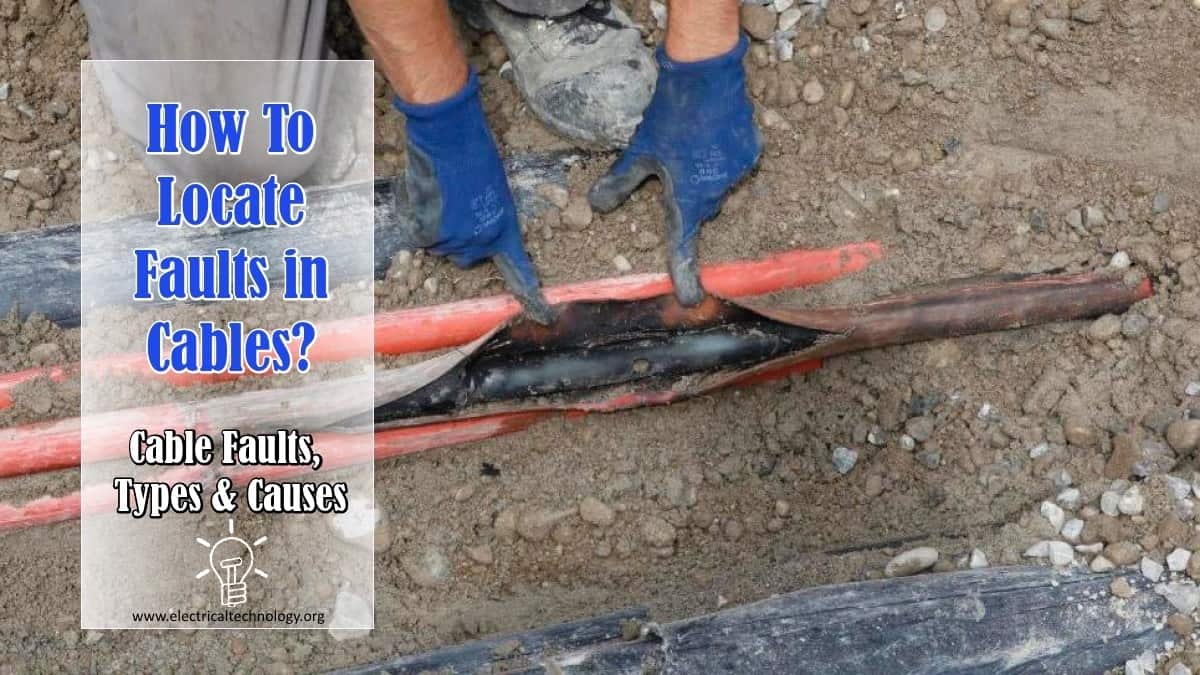 Following are the types of Cable Faults Commonly Found In the underground Cables.

Faults in cables are mostly caused by dampness in the paper insulation of cables. As a result, it may damage the lead sheath which protecting the cable. Lead sheath can be damaged in many ways. Most of them are the chemical action of soil on the lead when buried, mechanical damage and crystallization of the lead through vibration.

How to Locate Faults in a Damaged Cable?

Before fixing any fault in cables, the fault has to be identified first. There are many ways to find the cable faults which are discussed as follow;

Different Types of Tests to locate faults in cables.

In other words, in the absence of a sound cable to locate fault in the cable (to make a loop by connecting both cable as we do in the Murray loop test), then measurement of the resistance from one side or end is called blavier test.

In blavier test, resistance can be measured by two ways.

Ground fault of a single cable can be located using Blavier’s test. In this kind of test, low voltage supply, an ammeter and voltmeter are used in a bridge network. Resistance between one end of the cable (Sending End) and earth is measured while “Far End” is isolated from the earth.

Suppose we know the total resistance of a single core cable (before the fault) which is RΩ. And;

Now, we will connect and then disconnect the earth connection from the far end of the cable to measure two resistances. These measurements can be done by a LT (Low tension) supply and a bridge network.

First of all, We will insulate the far end of the cable to determine the resistance between line to ground which is;

Now, we will ground or earth the far end of the cable to find the resistance between line to ground again.

But the total resistance (before occurring the fault) was

Solving the above equations for r2 (fault location or distance), we get

The value of x = r2 is generally less than the value of R2. Therefore, we consider (-) instead of (±) in the above equation.

These kinds of tests are carried out on short circuit faults or earth fault in underground cables. Cable faults can be easily located if a sound cable runs along with the grounded cables. Following are the types of loop tests.

The connection on how a cable faults can be located using Murray loop test method is shown below.

Wheatstone bridge’s principle is used in murray loop test to find the cable faults. Ra and Rb are the two ratio arms consisting of resistors. G is a galvanometer. The cable having fault (Rx) is connected to the second cable (Sound cable Rc) through low resistance link at the far end. The Wheatstone bridge is kept in balance by adjusting resistance of the ratio arms Ra and Rb until the galvanometer deflection is zero. 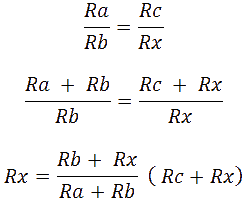 Solving for x, we get;

In this test, the ratio arms Ra and Rb are fixed and balance position is obtained by varying the known variable resistance (Rheostat).

For earth Fault or short circuit fault in the cables, the switch key is first thrown to position 1, the variable resistance S is varied till the bridge is balanced for resistance value of S1. So,
When key is on Position 1 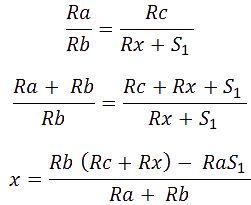 When key is on Position 2

As in the Blavier test, we also suppose that we know the actual resistance of the cable before the cable fault which is R.

In Potential fall test, Ammeter, voltmeter, Variable resistor (rheostat) and battery are connected as shown below to find the fault location in the cable. This test is carried out with the help of a sound cable that has no fault running along the faulty cable as shown below 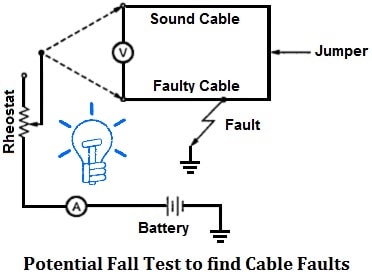 The fault point distance can be given as:

What Exactly Is A Smart Grid? Smart Grid Applications