What is the Tiny Cylinder in Power Cords & Cable?

Have you ever noticed a little cylinder in the shape of a lump in a power cord and cable? Have you ever seen the same in your laptop charger cord, USB cord, Mobile charger cable cord, Printer Cord, Monitor cord, etc. even in Mouse and keyboard cable cords? Today, we are going to tell you the secret story behind Ferrite Bead. 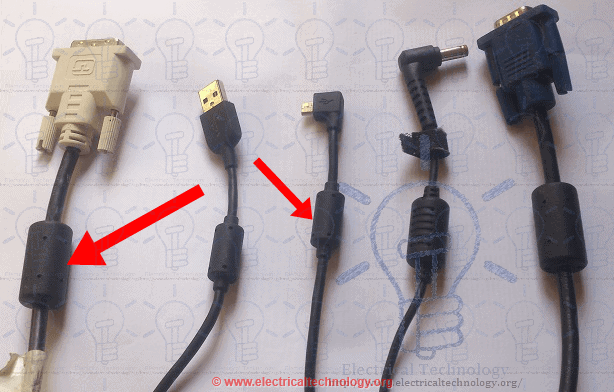 Theoretically, this Tiny Cylinder in Power Cords & Cable is ferrite choke or ferrite bead as shown in the above image. 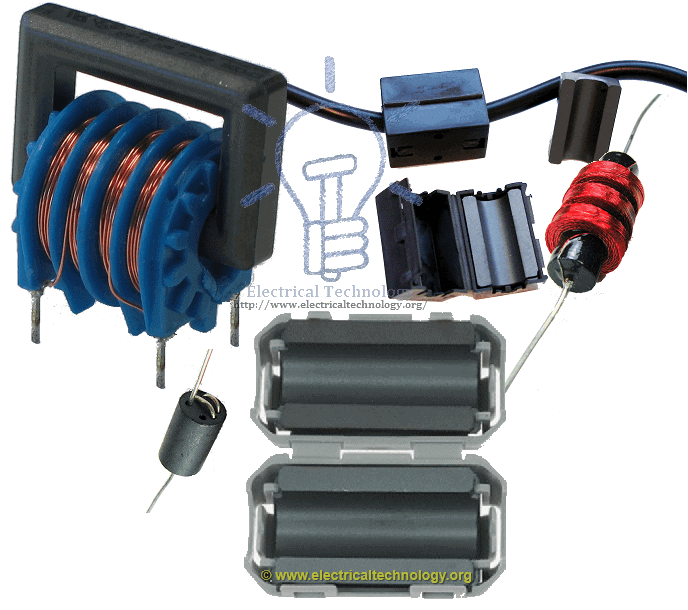 Ferrite Bead (or Ferrite choke) plays a very important rule. As we know, when current passes through the conductors (inside the power cords), it produces EMF (Electromotive Force) or Radio Energy. The power cords and cable transfer this energy outside in the form of noise, which disturbs and interferes with other electronics devices such as nearby radio sound that would be noisy with improper tuning of the channel.

In addition, some electrical energy is wasted in the form of radiation, which also reduces the supply power to the battery or other connected devices, which leads to an increase in the charging time of the battery. 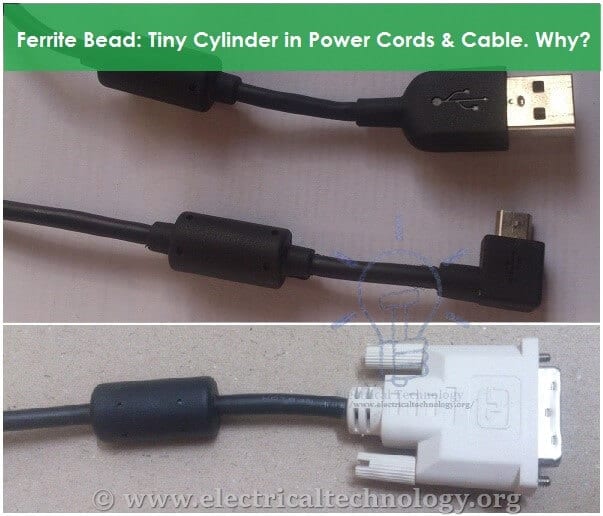 Ferrite Bead has the ability to stop and block the emission of radio waves from the power cords and uses electrical energy for charging purposes only without power losses. Due to this important factor, that’s why there is a tiny cylinder in your laptop or mobile charger cords. Now, I think it is enough because you have a clear understanding of the purpose of this magical tiny object (ferrite bead or ferrite choke) in the cylindrical shape in power cords and cables.

You may also read the following related but interesting questions and explanatory answers.