The development of offshore wind farms and oil and gas offshore platforms requires the installation of power, control and monitoring and communications cables between the platforms and the main land.

For this purpose submarine cables are installed, which are also used for power and/or communications between islands and the main land, between countries and even between continents.

Submarine cables, that must comply with IEC Standard 60288[1], are specifically designed and manufactured to be installed underwater, laid at seabed, taking into account that seabed is rugged and rocky, that there are marine animals, which can damage the cables, and that is mandatory that cables must withstand tsunamis and volcanic activity, as well as trawls used by fishermen, that are more hazardous than the fish itself.

To establish the characteristics of a submarine cable is necessary to consider the following parameters:

Three-core power cables may also have optic fiber cables for communications, as shown in Figure 1 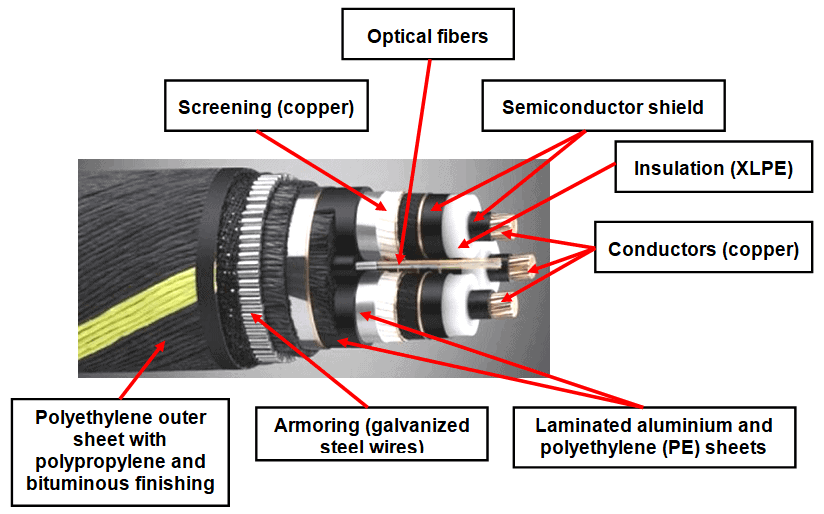 When single core power cables are used usually they do not include the optical fibers and in this situation is necessary to install also optical fiber submarine cables like the one shown in Figure 3. 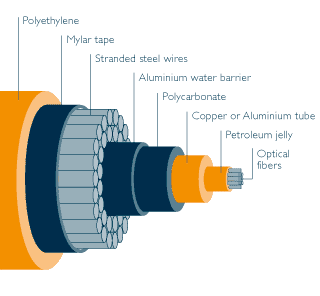 Some manufacturers include in the same submarine cable communications (optical fiber) and controls to subsea processing and boosting systems, whether requirements are for low voltage, medium voltage or high voltage power supply – umbilical cables (see Figure 3). 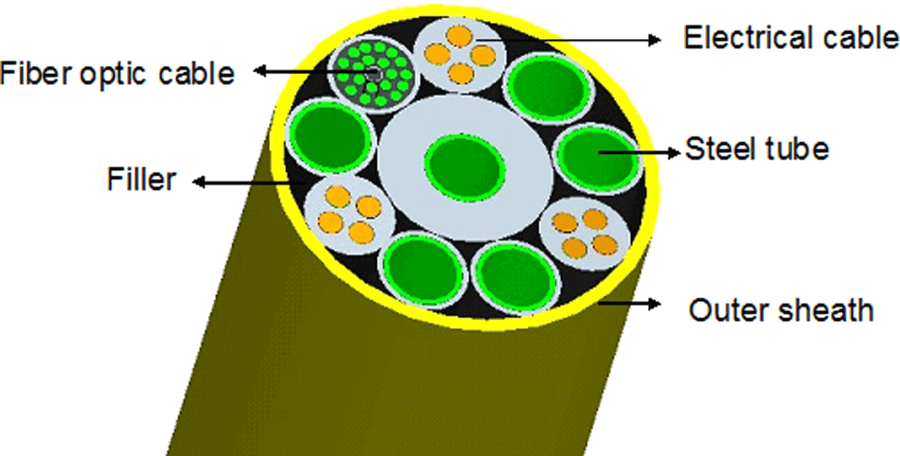 Laying a submarine cable is a remarkably complex, hazardous and expensive business.

Routes need to be surveyed, technology developed, the cable needs to be laid without being lost, broken or damaged.

Prior to install a submarine cable is necessary to undertake a series of actions:

Once the routing is chosen and all studies of seabed are completed, it is necessary to find if there any stretches were the cable needs to be buried (using a hydro jet burial machine) and to develop specific technologies to constantly survey the place where the cable is installed to avoid damages or cable loose.

Submarine cables is generally done by a cable laying ship, as seen in Figures 4 and 5, and robots may be used to control cable laying (see Figure 6). 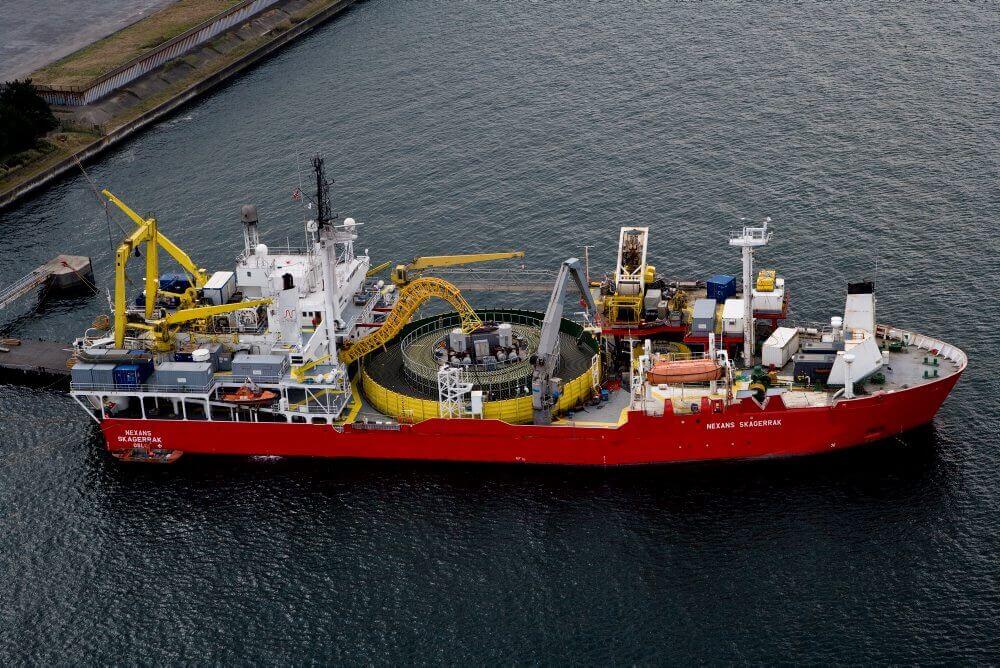 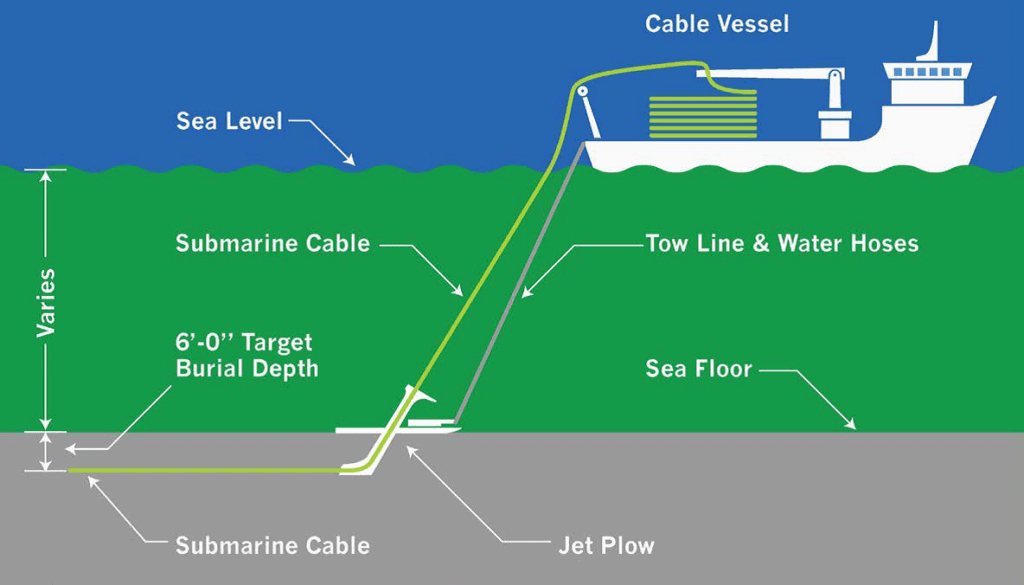 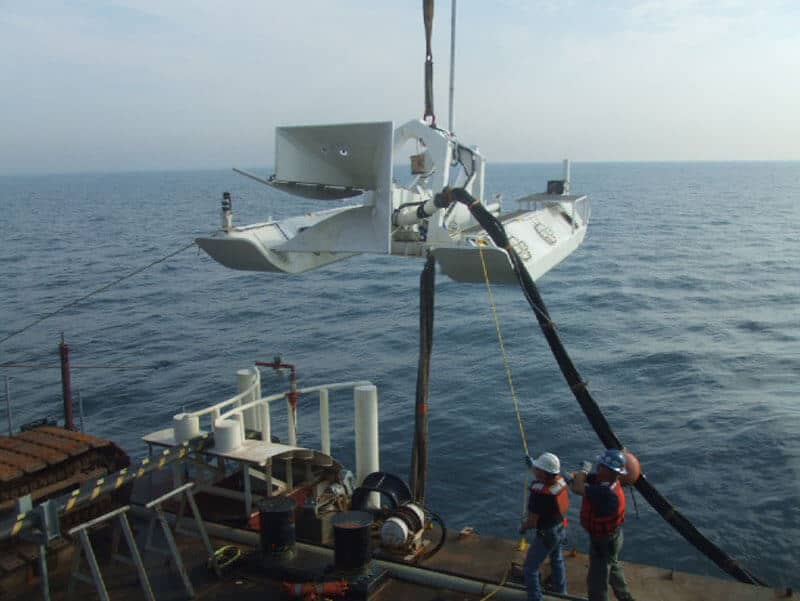 When submarine cable run is very long or if damage occurs in the cable it is necessary to install cable joints.

These cable joints, that are subjected to high pressures, are executed prior the cable installation in seabed (whenever possible at the manufacturer facilities), must be submitted to insulation and dielectric tests and also to ultrasonic and radiographic tests, in order to assure the reliability of the installation. 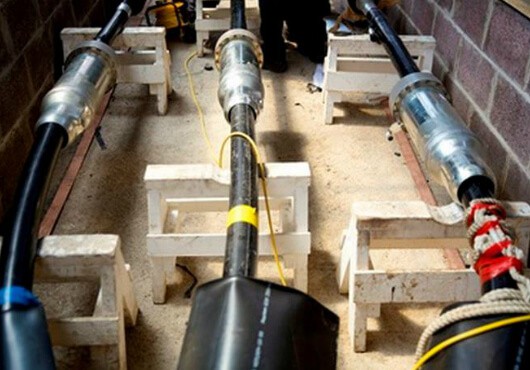