What is Digital Multiplexer (MUX)?

A digital device capable of selecting one input out of its multiple input lines and forwarding it on a common output line is called a multiplexer. It is abbreviated as MUX or MPX. It is a Combinational Digital Circuit and generally called a data selector as well. In simple Words, It is the reverse of Demultiplexer (Demux).

A MUX has 2n input lines (data lines) and “n” control signal and a single output. i.e. Multiplexer has many inputs and single output.

Control signals are used for selecting a data line to be sent as output. 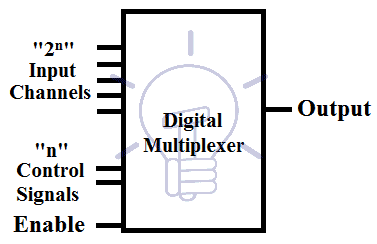 Each input line is known as a channel. A MUX can have 2n channels depending on the number of control signal “n” A MUX having Analog channel is known as analog MUX, which is used for Analog inputs.

Multiplexers are essential in communication equipment for placing many signals onto a single channel using Time Division Multiplexing (TDM) to reduce the number of the channel used per user. 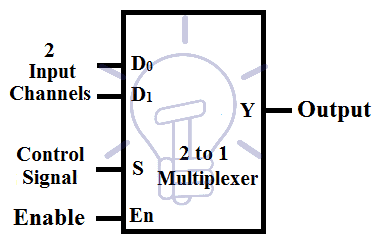 Consider D0, D1 as input /data channel,and “S” as control signal and “Y” as output. The truth table for 2 to 1 MUX is given below.

According to the truth table, the expression for output is:

Implantation of Multiplexer using logic gates is given below.

Half adder has 2 output functions; Sum and Carry.

For Sum; its truth table:

According to the table given above. When 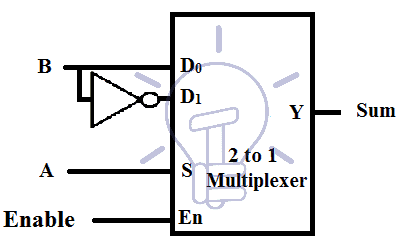 According to the table when; 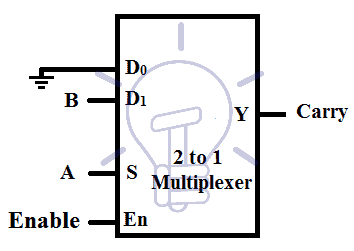 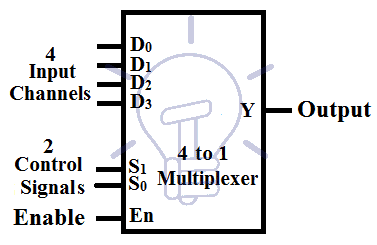 Consider D0-D3 as 4 input channels and S1S0 as control signals and Y as output.

The truth table for 4 to 1 Multiplexer is given below.

According to the truth table, the output Y is:

4 to 1 multiplexer implementation using logic gates is shown in the figure given below. 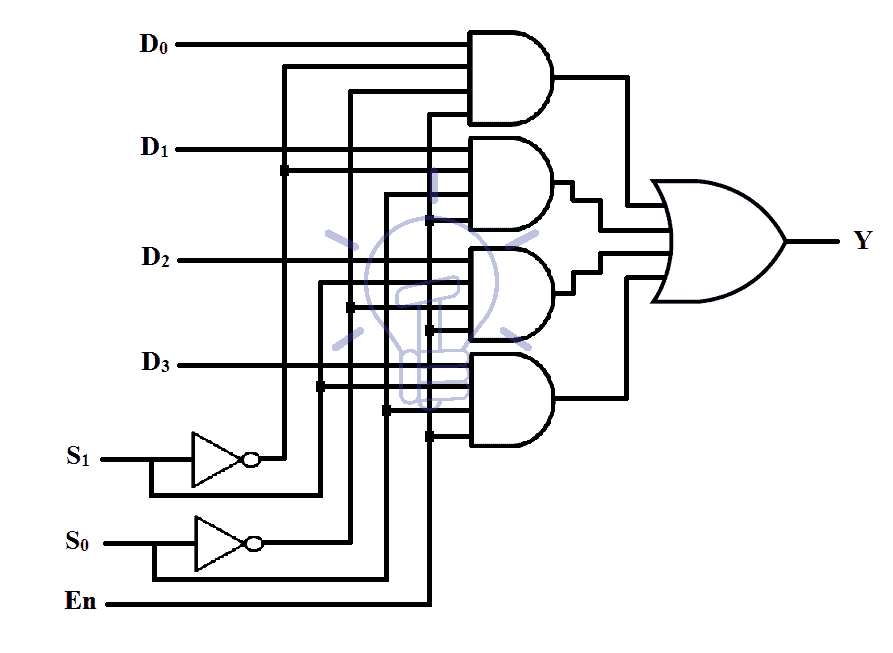 Implementation of 4 to 1 Multiplexer Using 2 to 1 Muxes

There are two configuration of making 4 to 1 MUX using 2 to 1 Muxes. 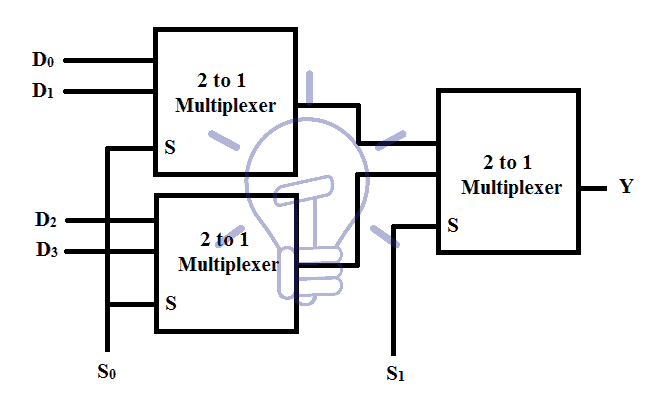 The second configuration uses 2 Muxes but it uses the enable pins of Individual Muxes as the 2nd control signal S1. Its diagram is given below. 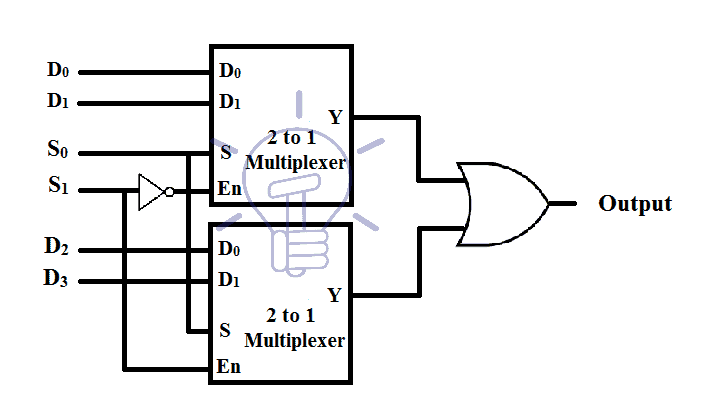 3 variable logic functions can be easily implemented using 4 to 1 MUX. In this example, we will implement a full adder as a full adder has 3 input variables

Full adder has 2 output function; Sum and carry out.

For Sum; its truth table is: 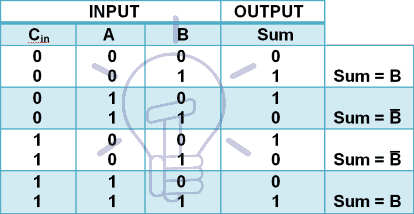 According to the table , when;

For each combination of the control signal, its associated channel is selected and these channels are connected to the input as shown in the figure given below. 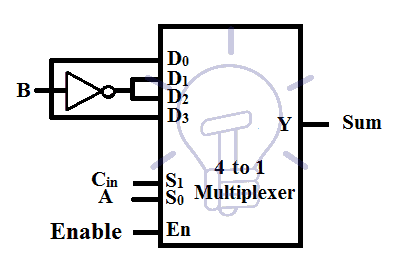 Using the same method for Carry out; the truth table is: 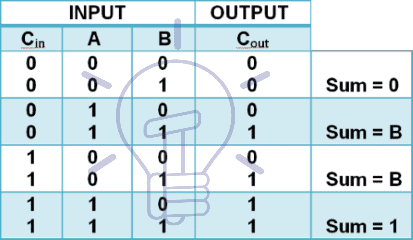 According to the table , when; 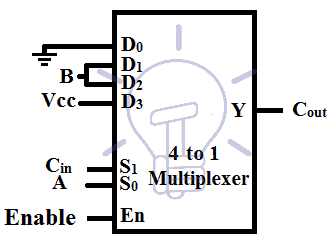 Some of Multiplexers IC with pin configurations is given below.

Multiplexer has an important rule In digital system applications, some common applications of MUX in digital electronics as follow: