A Relay is a switch used as sensing and controlling device which makes and closes the contacts electronically or electromechanically. Relay is also used as a protective device which sense the fault signal and sends to the circuit breaker which make decision to make or break the circuit based on the provided information by the relay. the energized coil as moving part (also known as armature) is connected to the relay contacts while the static coil produces the require electromagnetic field for armature to make or close the contacts for circuit protection.

A Circuit Breaker is a controlling and protective device which makes and breaks the circuit manually or automatically in case of normal and fault conditions like short circuit and over-current etc. Inside circuit breaker, the relay sense the fault or specified amount of current and sends the signal to the electromechanical switch which open the contacts and protect the circuit in case of excessive current like overload and short-circuit conditions. 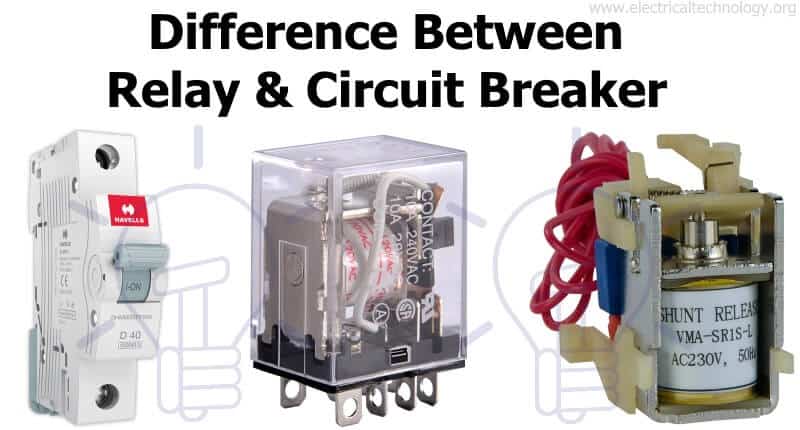 Differences between Circuit Breaker and Relay