In a Capacitive Circuit, Why the Power Factor (Cos θ) Decrease, When Capacitive Reactance (XC) Increases or Capacitance (C) Decreases?

Another question from electrical and electronics engineering interviews question and answers series.

Explain the statement that ” In a capacitive circuit, when Capacitance (C) decreases, or capacitive reactance (XC) increases, the Circuit power factor (Cos θ) decreases“. 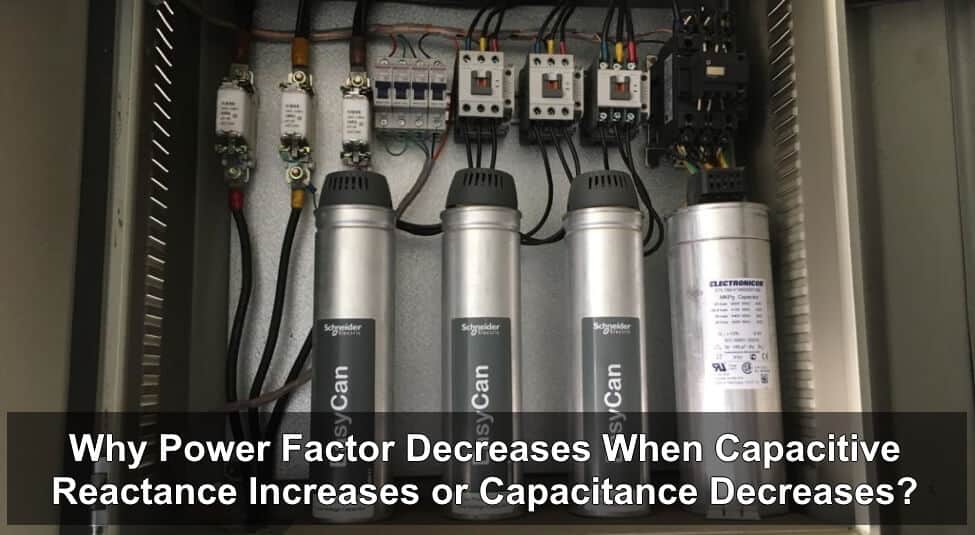 In case of capacitive circuit:

Let’s check with a solved example to see how power factor decreased by increase in capacitive reactance.

To find the inductive reactance;

In a capacitive circuit, when capacitive reactance XC increases, capacitance and the circuit power factor decreases and vice versa.

Why Power Factor Decreases When Inductance or Inductive Reactance Increases?

In an Inductive Circuit, Why the Current Increases When Frequency Decreases?