What is the Difference Between Conductor and Superconductor 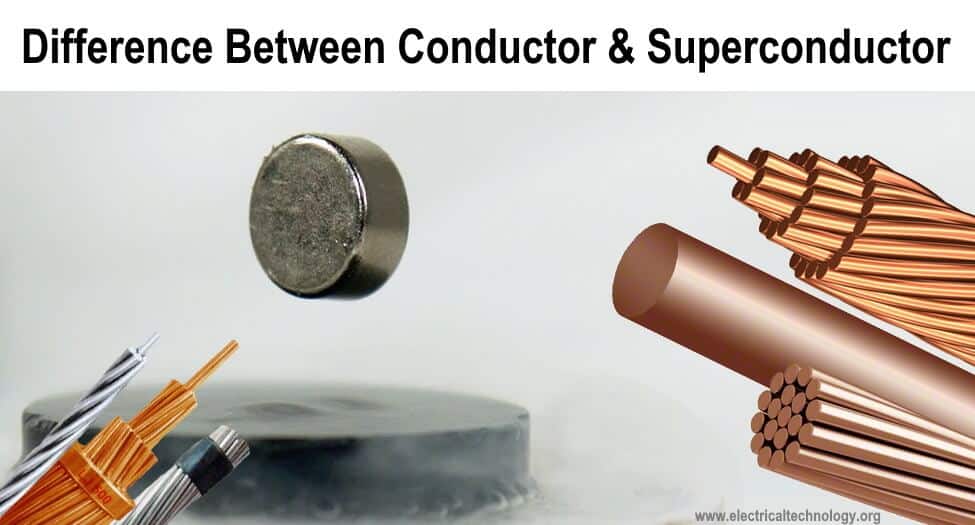 What is a Conductor?

In Electrical and Electronics engineering, a conductor is a type of material that allows the flow of charge otherwise known as electrical current. Most common electrical conductors are made from metals e.g copper, silver, gold etc. Such materials allow the current flow due to the presence of free electron or ions which starts moving when a potential difference is applied.

Normal conductors have some constant resistance even when their temperature reaches absolute zero but the superconductor’s resistance abruptly falls to zero below the critical temperature. There is absolutely no resistance.

Difference Between Conductor, Semiconductor and Insulator