Different Types of Sensors with Applications

The world is full of sensors. In our day-to-day life, we come across automation in all the activities. Automation includes turning on lights and fans using mobile phones, controlling TV using mobile apps, adjusting the room temperature, smoke detectors, etc. All these are done with help of sensors. These days, any embedded system based product has inbuilt sensors in it.

There are many applications like Mobile controlled CCTV camera, weather monitoring and prediction apps, etc. Sensors play a very vital role in Healthcare monitoring and detection. Therefore, before building an application-using sensor, we must understand what exactly does a sensor do and how many types of sensors are available.

What is a Sensor?

A sensor is defined as a device or a module that helps to detect any changes in physical quantity like pressure, force or electrical quantity like current or any other form of energy. After observing the changes, sensor sends the detected input to a microcontroller or microprocessor.

Finally, a sensor produces a readable output signal, which can be either optical, electrical, or any form of signal that corresponds to change in input signal. In any measurement system, sensors play a major role. In fact, sensors are the first element in the block diagram of measurement system, which comes in direct contact with the variables to produce a valid output. Now you know What Sensor Actually Means? let us know some kind of its types and their applications as follow.

Active sensors are the type of sensors that produces output signal with help of external excitation supply. The own physical properties of the sensor varies with respect to the applied external effect. Therefore, it is also called as Self Generating Sensors.

Passive sensors are the type of sensors that produces output signal without the help of external excitation supply. They do not need any extra stimulus or voltage.

Example: Thermocouple, which generates a voltage value corresponding to the heat, applied. It does not require any external power supply.

Different types of digital and analog sensors are listed below one by one with their applications.

There are different types of sensors used to measure the physical properties like heartbeat & pules, Speed, Heat transfer, temperature etc. Types of sensors are listed below and we will discuses the usual types one by one in details with uses and applications.

The sensor that produces continuous signal with respect to time with analog output is called as Analog sensors. The analog output generated is proportional to the measured or the input given to the system. Generally, analog voltage in the range of 0 to 5 V or current is produced as the output. The various physical parameters like temperature, stress, pressure, displacement, etc. are examples for continuous signals.

When we look into electromagnetic spectrum, infrared region is divided into three regions as Near Infrared, mid Infrared and far Infrared region. Infrared spectrum has a higher frequency range than microwave and lesser frequency than visible light. An infrared sensor is used for emitting and detecting IR radiation. By this principle, IR sensor can be used as Obstacle detector. There are two types of IR sensors as Active and Passive IR sensors.

Passive IR sensor: When sensor does not use any IR source to detect the emitted energy from the obstacles it acts as a Passive IR sensor. Examples like thermocouple, pyro electric detector and bolometers comes under passive sensors.

As discussed analog sensor produces signals that are continuously varying with time. The output value from the sensor will be very small in range of microvolts or milli volts. Due to this, signal-conditioning circuits are required for amplification. Analog to digital (ADC) converters are used to convert the analog signal obtained into a digital value. 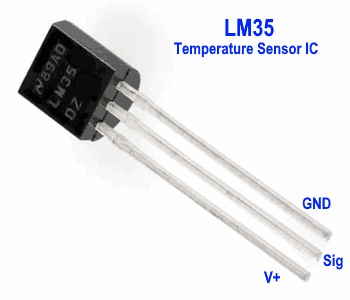 Proximity sensor is a type of non-contact sensor used for object detection. It does not have any physical contact with the object. The object whose distance is to be measured is known as target. An IR light or electromagnetic radiation is used in a proximity sensor. There are different types of proximity sensors like Inductive, capacitive, Ultrasonic, etc. applications: Object detection, to measure velocity, rotation identification, material detection, Reverse parking sensor, object counting. 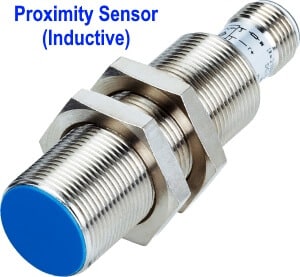 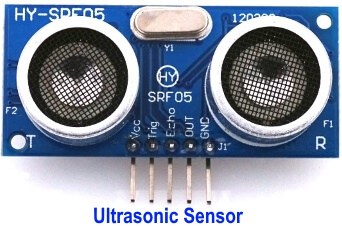 Accelerometer is a type of sensor that is used to detect changes in position, velocity, and vibration by sensing motion. It can be either analog or digital type. In analog accelerometer, depending on volume of acceleration applied to accelerometer, continuous analog voltage signal is produced. 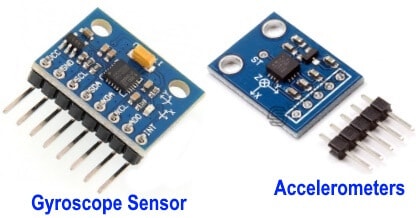 Pressure sensor works on the application of input voltage and pressure value. It produces an analog output voltage.

Applications: One of the main uses of magnetic sensors is in automotive systems for the sensing of position, distance and speed. For example, the angular position of the crankshaft for the firing angle of the spark plugs, the position of the car seats and seat belts for air-bag control or wheel speed detection for the anti-lock braking system, (ABS). Hall Effect sensors are used for GPS position detection, Speed detection, to control motor.

When data is converted and transmitted digitally, it is called as Digital sensors. Digital sensors are the one, which produces discrete output signals. Discrete signals will be non-continuous with time and it can be represented in “bits” for serial transmission and in “bytes” for parallel transmission.  The measuring quantity will be represented in digital format. Digital output can be in form of Logic 1 or logic 0 (ON or OFF). A digital sensor consists of sensor, cable and a transmitter. The measured signal is converted into a digital signal inside sensor itself without any external component. Cable is used for long distance transmission.

Digital LED or Opto-detector used to produce a Digital Signal to measured the speed of rotating shaft . A disc is attached to the rotating shaft. Rotating shaft has transparent slots on its circumference. When the shaft rotates at a speed, the disc also rotates with it. The sensor passes through each slot on the shaft, which produces an output pulse as either logic 1 or logic 0. The output is displayed on LCD after passing through counter/register.

IR Imaging devices: IR sensors are used to image objects. They are used in Thermography cameras, which are used as Noninvasive imaging technique.

IR TV remote: These days IR based TV remotes are used at home and theaters. They use infrared light as source for communication. TV remote consists of buttons and PCB. PCB consists of electrical circuit which is used to sense or detect the button that is pressed. Once the button is pressed, the signal is transmitted in form or Morse code. Transistors are used for amplification of the signal. Finally, it reaches the IR LED. The end of circuit board will be connected to IR LED. A sensor is placed on the receiving end of TV. IR LED will emit IR light and the sensor senses it.

Inside a Car – Steering Sensor applications: In a vehicle, steering sensors are very crucial. They measure the rotational angle of steering wheel and further help for navigation. These sensors play a role for Electronic Command Steering and Electric Power Steering.