Temperature plays a vital role in the operation of any electronic circuit. Each electronic component has its thermal limit and safe operating temperature range that needs to be maintained for smooth and precise operation. To monitor the temperature, various sensors are used where a thermistor is an efficient and cost-effective solution. 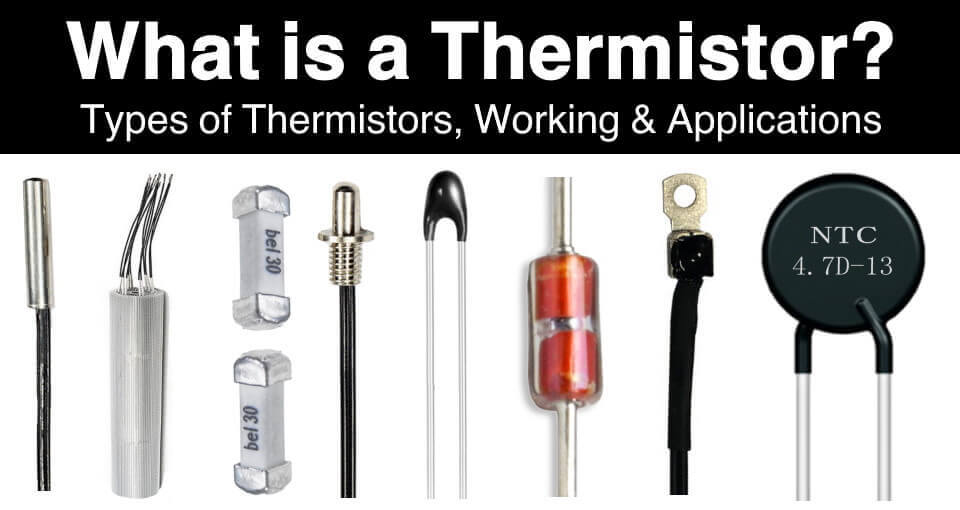 What is a Thermistor?

The word “Thermistor” is a combination of the words “Thermal” and “resistor“. A thermistor is a type of resistor whose resistance changes with the change in temperature. It is a passive component that does not require an extra power source to operate. They are inexpensive and accurate in measuring temperature. But they do not operate well in extreme conditions such as very high or very low temperatures.

The thermistor is used for measuring temperature. The working principle behind the temperature measurement is its resistance.

A thermistor is made of semiconductor material whose resistance greatly depends on the surrounding temperature. They significantly vary with the temperature. Depending on the material used, the resistance may either increase or decrease with an increase in temperature called the PTC and NTC thermistor.

This change in resistance can be calibrated and measured to calculate the exact temperature of the environment in a circuit.

For accurate measurement, It is necessary to have maximum surface contact with the component or equipment. To maximize the thermal conductivity between the surfaces, special thermal paste is used between them.

There are two types of thermistors

To understand the basic difference between PTC and NTC thermistors we can use this linear equation for the relation between the change in temperature and resistance.

It is made of polycrystalline ceramic material. Its resistance increases non-linearly in a curve. The increase in resistance is very small at low temperatures which increases rapidly when the temperature reaches above the switching point (TR).

The given symbol represents a PTC thermistor with (T+) to show the thermistor has a positive temperature coefficient. 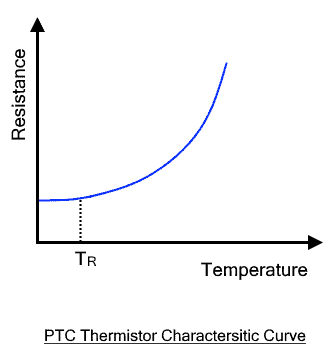 There are two types of PTC thermistors

Silistors
The silistor is a PTC thermistor made from silicon having the linear characteristic. The resistance increases linearly with the increase in the temperature. 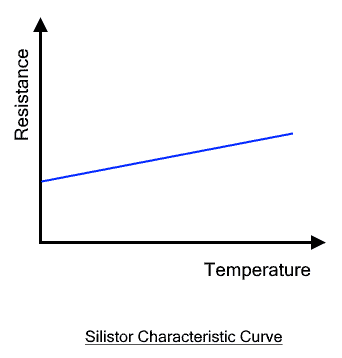 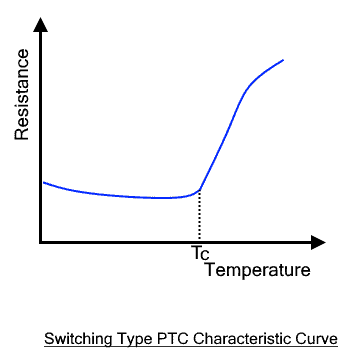 Here are some advantages of PTC thermistor

Here are some disadvantages of PTC thermistors.

Here are some applications of PTC thermistors.

Related Post: Capacitive Sensor and Transducer and Its Applications

NTC thermistors are made of oxides of nickel, cobalt, copper, iron and titanium. They usually operate at a very large range of temperature with very precise temperature monitoring.

The following characteristic curve shows the comparison between the resistance and temperature of the NTC thermistor. The resistance varies non-linearly with the temperature change in a form of a curve. 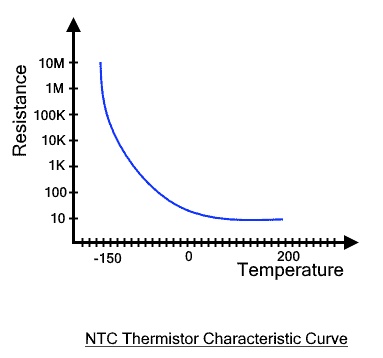 The given graph shows a drastic change in the resistance from a few ohms to mega ohms with a change in temperature thus offering precise temperature sensing and high sensitivity.

Here are some advantages of NTC thermistor

Here are some advantages of NTC thermistor

Types of Thermistor based on Material

The thermistor can be shaped into three different types. Therefore, they are divided into the following types:

As the name suggests, bead thermistors are manufactured in the shape of a bead. It is made of connecting the wire directly to the ceramic body. They offer better stability with a quick response time. Their structure allows it to operate at very high temperatures. To further protect it from mechanical damage, they are encapsulated in glass. They are the smallest in size which is why they have the quickest response time. But they have low current handling capabilities. 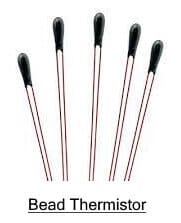 The body of such a thermistor is shaped in the form of a disc or chip. It has a larger metal surface. Due to its larger surface, they have a slower response time and have higher current handling capabilities than the bead type. 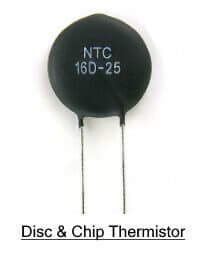 Such thermistor’s body is pressed into a cylindrical shape. They have a larger size as compared to other types. They are robust and reliable. 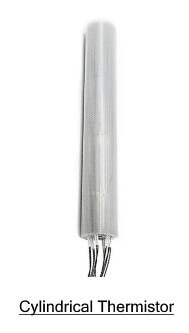 Such thermistors have metalized surface contacts instead of sintered lead wire as in the other mentioned types. They have radial or axial metal contacts that are used for directly connected or surface-mounting on a circuit board.

The thermistors are also divided based on the materials used. They improve their performance, durability and stability.

The thermistors are sealed in a glass body to improve their operating temperature range. It is an air-tight glass body that improves its stability and protects it from mechanical damage. Glass encapsulated thermistors can operate at above 150° C. 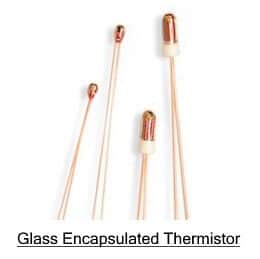 The PAN thermistor is made from a special type of metal oxide that is extremely sensitive to temperature. It has very high accuracy with a tolerance up to ±0.2°C. It has a very quick response time with great precision.

It is a type of NTC thermistor used in industries for its accurate measurement. It has an operating range of 25° to 85° C.

They are the most precise thermistor manufactured based on a specific characteristics curve. They are fast and have long-term stability with high-temperature accuracy. They offer interchangeability over the range of 0°C to 70°C. They do not require individual calibration.

Advantages and Disadvantages of Thermistors

Here are some advantages of thermistor

Here are some disadvantages of thermistor

Here are some applications of thermistor

What is a Transducer? Types of Transducers and Applications