What is Reactive Power and Why it is Useful?

In recent years, the reactive power control has been the subject of a systematic study as it plays an important role in maintaining a secure voltage profile in a large scale transmission system. Though it is a byproduct of alternating current systems, it is needed for the acceptable functioning of various electrical systems such as transmission lines, motors, transformer, etc.

It is essential for the operation of all most all of the electromagnetic energy devices for producing the magnetic field. In some cases it is forcefully injected into the power system network to maintain higher node voltage. Let us discuss the importance of reactive power in brief. 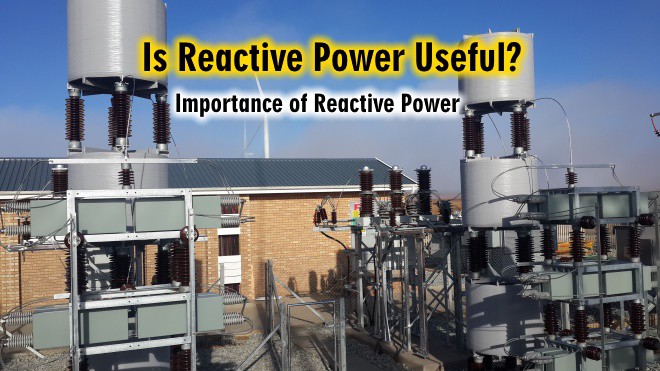 What is Reactive Power?

It is the quantity that has become a fundamental concept to the analysis and understanding of AC electric power system. In general, this quantity is only defined for Alternating Current (AC) electric systems.

Note: You can check the funny but logical definition of Reactive Power here.

It is one of the total power components in an AC circuit that has its origin in the phase shift between a sinusoidal voltage and current waveforms. It is defined as the amplitude of power oscillation with no net transfer of energy. 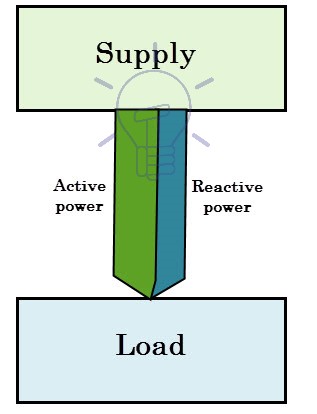 It is a consequence or byproduct of an AC system that travel back and forth in the power conductor, i.e.,  flowing to reactive components from a source during one half cycle and back to the source during another half cycle of an AC waveform.

The average value of power is therefore zero, which implies that the load never get consumes reactive power.  In case of a three phase circuit, at any instant reactive powers of three phases add up to zero.  To differentiate from active power which performs useful work, reactive power is measured in “VAR” that stands for Volt-Ampere-Reactive, rather than in Watts. 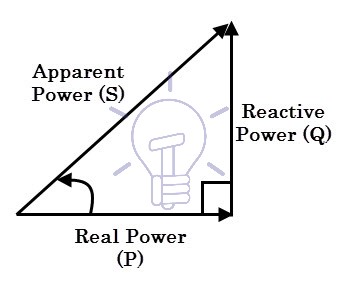 It can be expressed as Q = S sin ϕ

Reactive power is temporarily stored in the form of electric or magnetic fields that flows back and forth due to capacitive and inductive components. Reactive power can be generated as well as absorbed by power transmission system elements by virtue of shunt susceptance and series reactance respectively.

This implies that all those installations need to be designed for the apparent power which considers both active and reactive power. If the reactive power exists in excess amounts, it will greatly reduce the system power factor and hence lowers the operational efficiency. This causes undesirable voltage drops, greater conduction losses, excess heating and higher operational costs. 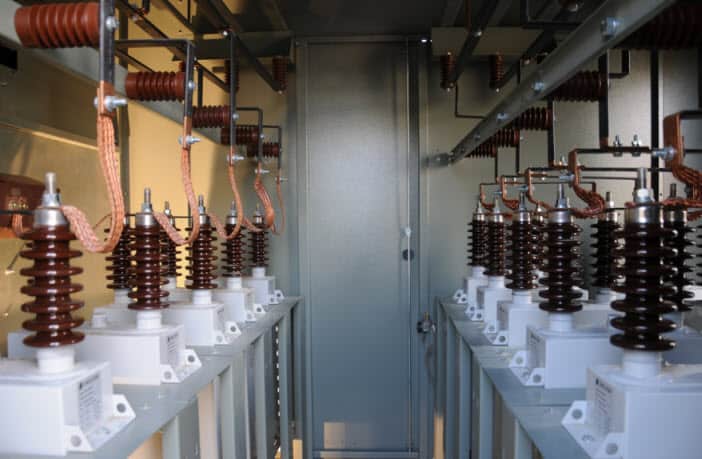 In order to overcome these limitations, reactive power compensation techniques are generally employed in electrical transmission systems to improve system efficiency and even for power factor correction. On the other hand, reactive power is important for proper operation of electrical equipment for several reasons that we will discuss briefly in this article.

The aim of this article is to give a normal statement that a sufficient quantity of reactive power is needed to run many electrical devices as well as power system network and which is provided by the reactive power sources exactly at the location where it is consumed.

Sources and Sinks of Reactive Power 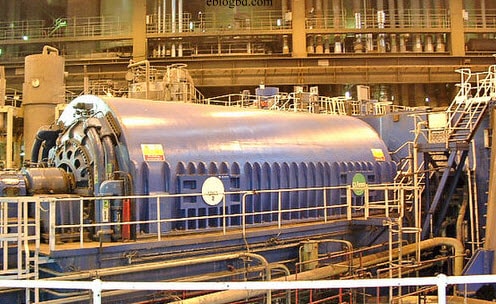 Loads: There are many reactive power consuming loads that have a great impact on bus or system voltage and stability. Some of these loads include induction motors, induction generators, arc furnaces, discharged lighting, constant loads such as (induction heating, space heating, water heating, and air conditioning.

Reactive power is both the problem and solution to the power system network for several reasons. It plays an important role in the electrical power system for various functions such as satisfying the reactive power requirement, improving the voltage profiles, decreasing the network loss, providing sufficient reserve to ensure system security in emergencies, and other several functions. Let us discuss some of the reasons in brief, which makes reactive power so important. 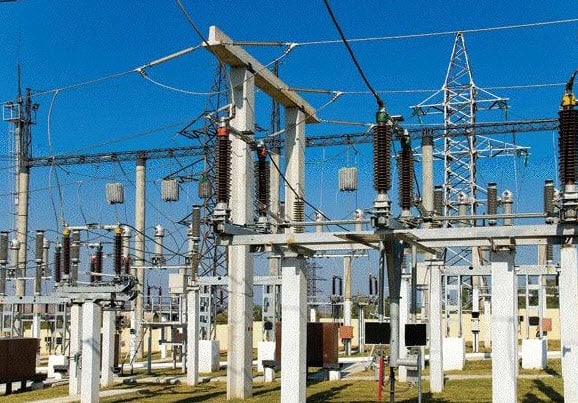 In general, all the electrical equipments are designed to operate satisfactorily within specified limits of rated voltage (i.e., ±6 percent) at the consumer terminals. The voltage variations are mainly caused due to variation in load on power system source.

If the load on power system source increases, the voltage drop in power system components increases thereby voltage at the consumer terminals decreases, and vice-versa. These voltage changes on the supply system is undesirable as it deviates the actual performance of the equipments at the consumer end such as lamps, motors and other equipments sensitive to voltage variations. 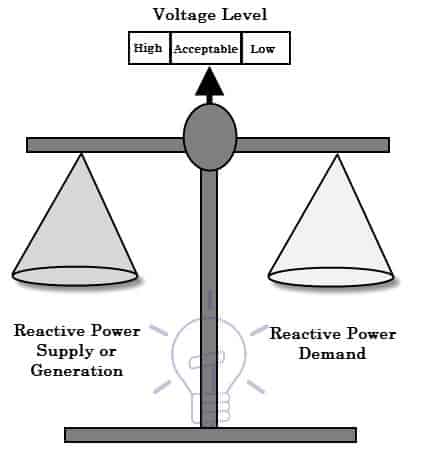 The voltage control equipment is placed in two or more than two places (by avoiding long distance transmission of reactive power due to excessive reactive power losses) in the power system network because there will be different voltage drops in different sections of transmission and distribution systems and also load characteristics will be different in various circuits of the power system.

Most commonly this equipment is placed at power generating stations, transmission substations and feeders.

Different techniques are used for controlling voltage in the power transmission line such as excitation control, tap-changing transformers, shunt capacitors, series capacitors, synchronous condensers, and boosters. Each method has its own advantages and disadvantages. Depending on the suitability, availability and expensiveness, these methods are employed for controlling the receiving-end voltage.

In case of highly loaded condition (i.e., reactive power demand is more than that of the supplied), the more current is drawn from the supply that leads the receiving-end voltage to fall drastically. If there exists greater voltage drop, it causes to trip the generating units, equipment failures and overheating of motors.

Under this condition, automatic operating mechanism or relays activate the reactive power equipment such that reactive power is increased (for instance, generator excitation terminal voltage is increased to provide more alternating current to the alternator) to bring back the voltage to rated value. This is also achieved with series reactors and series capacitors.

In case of light loaded condition (i.e., power demand is less than the supply of reactive power), receiving-end voltage rises to a greater value. It will cause to insulation damage to machines, lower power factor and automatic tripping of equipments.

Under this condition, additional reactive power in the lines is compensated by automatic reactive power compensation equipments such as synchronous condensers, excitation control by alternator, shunt capacitors and reactors.

Some loads such as transformers and HVDC converters need reactive power for their proper functioning. When the loads have large reactive power demand, the voltage drop will take place. 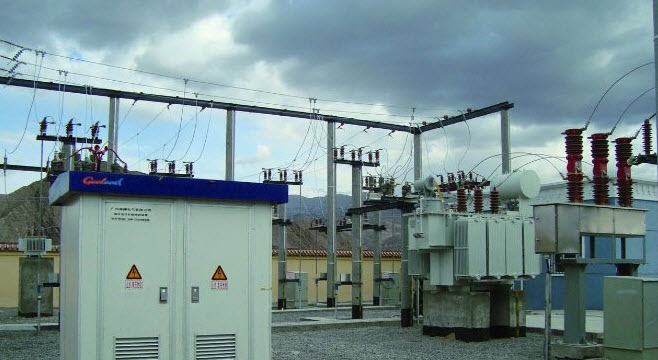 This voltage collapse is due to the fact that the power system unable to supply reactive power demand of load which is not being met due to shortage of reactive power generation and transmission. 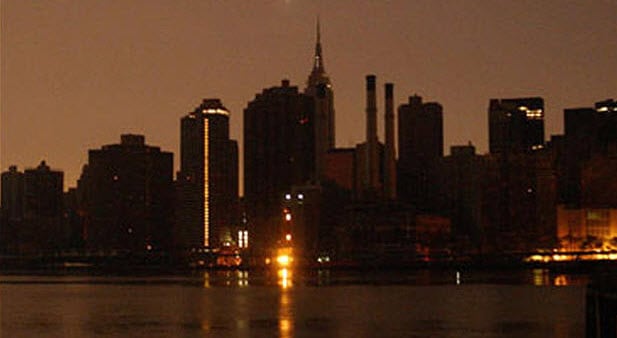 Inadequate reactive power in electrical power system network has been a major reason in power outages in worldwide. As discussed, insufficient quantity of reactive power causes voltage collapse that ultimately leads to the shutdown of generating stations and various equipments. Some of these blackouts include, at Tokyo in July 23, 1987; at London in Aug 28, 2003; at Sweden and Denmark in Sep 23, 2003. 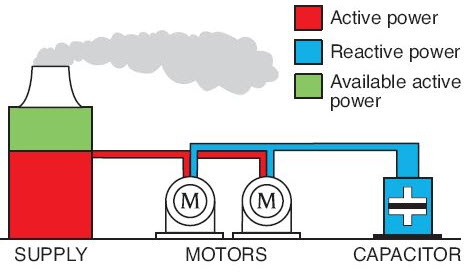 Most inductive loads such as motors, transformers, ballasts and induction heating equipments require reactive power in order to produce a magnetic field. In every electrical machine, a part of input energy, i.e., reactive power is consumed for creating and maintaining magnetic flux to do so. However, it leads to lower the power factor. In order to achieve the high power factor, capacitors are generally connected across these devices to supply the reactive power.

This is a small note on the significance of reactive power. Hope you get an idea on this concept. Perhaps, you have a great knowledge on this topic, so please feel free to add any comments, experiences and more information about this topic in comment section below.