What is a Transformer? Its Parts, Operation, Types, Limitation & Application

What is a Transformer? 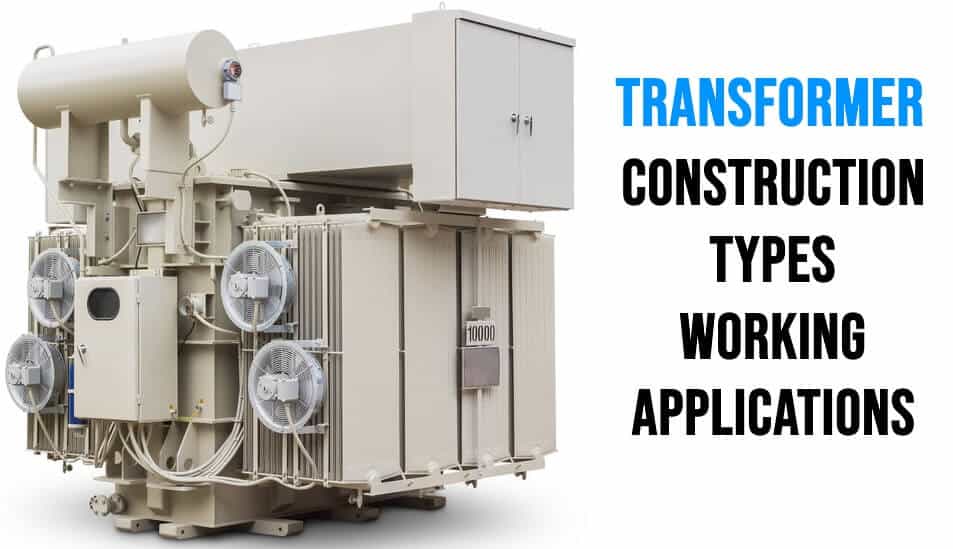 Numerous power plant have to be set up in order to have sufficient power. Transformers help by amplifying the Transformer output (stepping up or down the level of voltage or current).

When the number of turns of the secondary coil is greater than that of primary coil, such a transformer is known as step up transformer.

Likewise when the number of turns of coil of primary coil is greater than that of secondary transformer, such a transformer is known as step down transformer.

Working Principle of a Transformer

Transformer is a static device (and doesn’t contain on rotating parts, hence no friction losses), which convert electrical power from one circuit to another without changing its frequency. it Step up (or Step down) the level of AC Voltage and Current. 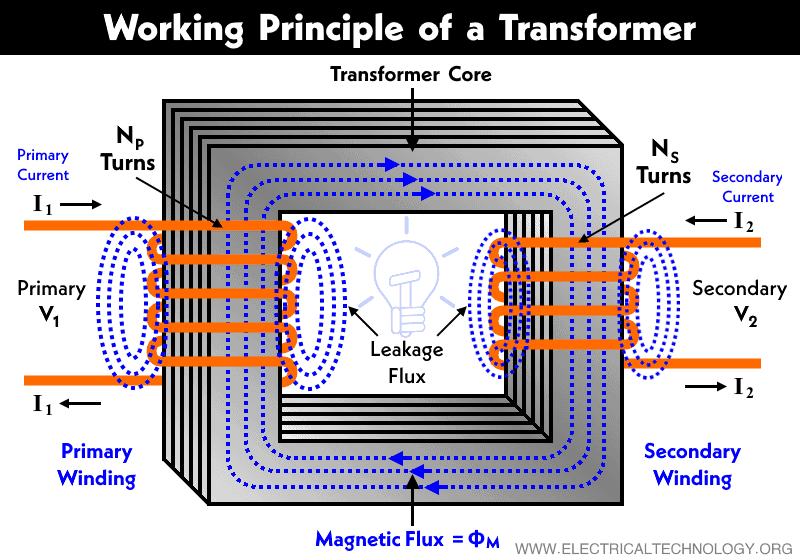 Transformer Always rated in kVA instead of kW.

As explained earlier, EMF is induced only by variation of the magnitude of the flux.

When the primary winding is connected to ac mains supply, a current flows through it. Since the winding links with the core, current flowing through the winding will produce an alternating flux in the core. EMF is induced in the secondary coil since the alternating flux links the two windings. The frequency of the induced EMF is the same as that of the flux or the supplied voltage.

Equivalent Circuit of a Transformer

EMF Equation of a Transformer

Losses in a Transformer

Unlike an ideal transformer, A real and practical transformer has some losses like ohmic losses, magnetic flux losses, copper and core losses and energy is dissipated in the windings, core, and surrounding structures. Larger transformers are generally more efficient, and those of distribution transformers usually perform better than 98%.

On specific power factor and load, the transformer efficiency and all day efficiency can be found by dividing its output on Input (similar to other electrical machines i.e. motors, generators etc). But the values of both Input and Output should be same in unites (i.e. in Watts, kilowatts, megawatts etc).

There are different types of transformer based on their usage, design, construction as follow.

Types of Transformers based on its Phases

Types of Transformers based on its Core Design

Types of Transformers based on its Core

Types of Transformer based on its usage

Types of Transformer based on Insulation & Cooling

Limitation of the Transformer

To understand the main points, we have to discuss some basic terms related to transformer operation. So lets back to basic for a while.

To answer the two questions whether there are or there are not DC transformers and know “why transformer cannot step up or step down a DC voltage” it’s necessary we know how electric current and magnetic field interact with each other in transformer operation. 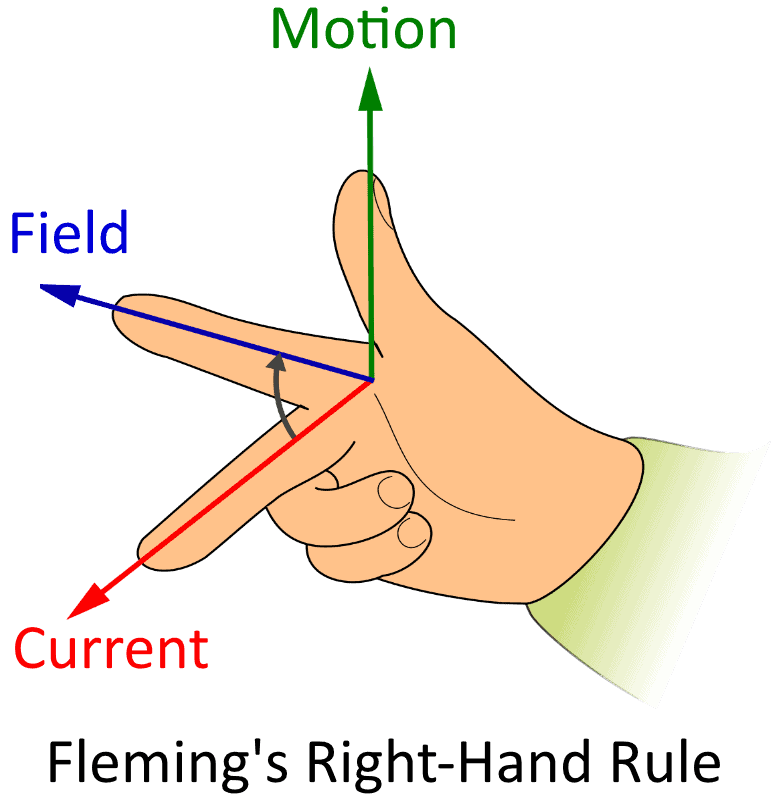 Why Transformers Can’t step Up Or Step Down A DC Voltage or Current?

A transformer cannot step up or step down a DC voltage. It is not recommendable to connect a DC supply to a transformer because if a DC rated voltage is applied to the coil (primary) of a transformer, the flux produced in the transformer will not change in its magnitude but rather remain the same and as a result EMF will not be induced in the secondary coil except at the moment of switching on, So the transformer may start to smock and burn because;

In case of DC supply, Frequency is zero. When you apply voltage across a pure inductive circuit, then according to

if we put frequency = 0, then the overall XL (inductive reactance) would be zero as well.

If we put Inductive reactance as 0, then the current would be infinite (Short circuit)…

So, If we apply DC voltage to a pure inductive circuit, The circuit may start to smoke and burn.

Thus transformers are not capable of stepping up or stepping down a DC voltage. Also there will be no self induced EMF in such cases in the primary coil which is only possible with a varying flux linkage to oppose the applied voltage. The resistance of the primary coil is low and as such a heavy current flowing through it will result to the primary coil burning out due to excessive heat produced by the current.

Also read: Under what condition is D.C supply applied safely to the primary of a transformer?

Uses and Application of Transformer

Uses and applications of transformer is discussed already in this previous post.