Key Difference Between CPU and GPU

The CPU (Central Processing Unit) & GPU (Graphics Processing Unit) have multiple common features such as they are both processors made from millions of semiconductor transistors & they are capable of processing digital using some algorithms. But they are quite different.

In this article, we are going to discuss the differences between CPU & GPU. But before going into that, let’s discuss what CPU & GPU really is. 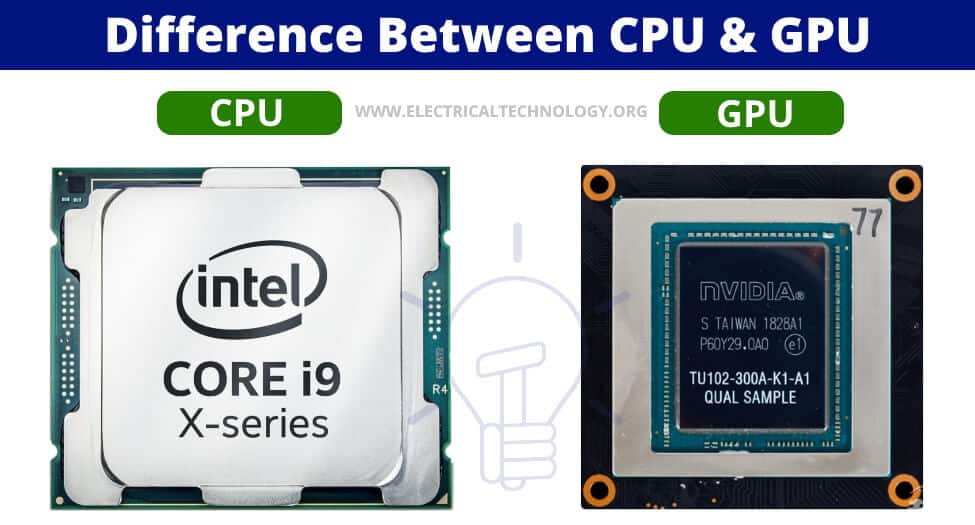 What is a CPU (Central Processing Unit) ?

The CPU or the Central Processing Unit is made up of millions of transistors & is commonly referred to as the brain of any computer that is responsible for processing any data. The CPU consists of ALU (arithmetic logical unit), CU (Control Unit) & Memory. The ALU job is to perform any arithmetic or logical operation on the data provided by the memory, and the control unit controls the flow of data.

What is a GPU (Graphics Processing Unit)?

The GPU or Graphic Processing Unit or normally called Graphic or video card is a special purpose microprocessor specifically designed & optimized to process graphical data. It converts the data from one graphic format to another or creates 2D or 3D images called rendering. 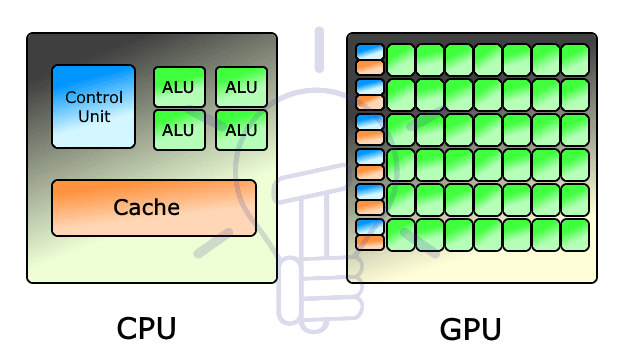 The GPU is made of relatively more processing core but they are weaker than the CPU. The cores are a bunch of ALUs designed to execute simple instructions in repetition. Rendering is a simple arithmetic operation that is done over & over again. So it does not need a processor with wide range capabilities but rather a processor with multiple parallel cores with a limited number of instructions.

The benefit of using a large number of cores is to provide high-throughput, execution of multiples instructions at the same time. This is what makes the GPU faster & better than CPU at rendering visual data.

The GPU is best at performing a simple repetitive task intensively, therefore they can be used for simple non-graphical tasks as well such as bitcoin mining & password decoding that relies on huge data that can be processed in parallel.

Main Differences between CPU and GPU

Here are some of the differences between CPU & GPU provided in the form of a table;

These are some of the differences between the CPU & GPU. The CPU is best for executing a wide variety of tasks quickly & provides the best performance per-core. While the GPU is best suited for simple instruction that needs to be done repeatedly such as the generation of images, 3d rendering & animation.

Both of them may share some similarities but you cannot replace one with the other, they are well distinctive & important at performing their own task. And they work best when they are together on a computer.

Difference Between RAM and ROM - Comparison