What is the Difference between Analog and Digital Circuit

In our daily life, we use multiple electrical and electronics devices that interact with each other and the real-world through the transfer of information. The information is conveyed using signals that could exist in mainly one of the two forms; Analog and Digital. 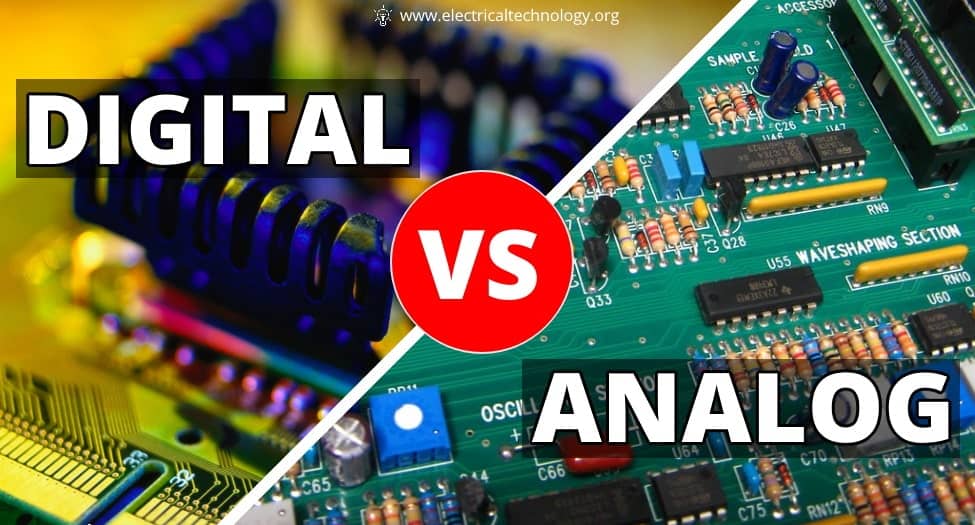 Before going into the differences between Analog and Digital Circuit, let look into what signals is;

A signal is a quantity that varies through time to convey some sort of information. In electrical circuits, the time-varying quantity in a signal can be voltage or current. The information is stored in either its amplitude or frequency or its duty cycle. These signals are used to transfer data or information between circuits or devices. We use different sorts of circuits to encode / decode or modify this information. The signal is classified into two main types; 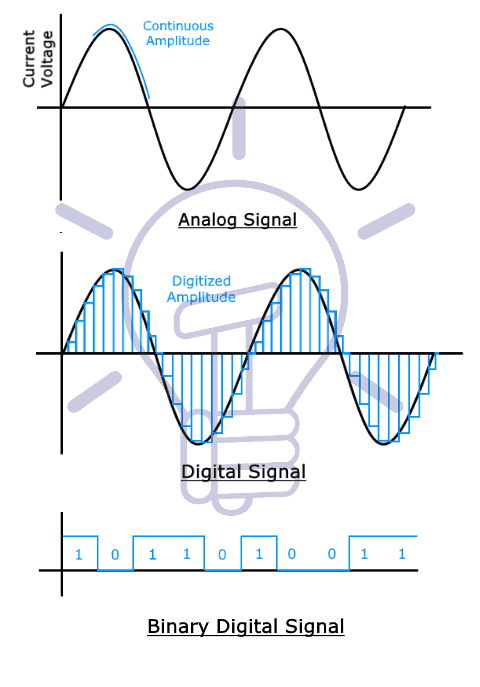 The analog circuit is a type of electronic circuit that processes any analog data or signal and provides an analog output. They are made from various analog circuit components such as resistors, capacitors, inductors, etc.

The output of an analog circuit is also an analog signal which is easier to feed to any real-world components such as TV, radio, or speaker. 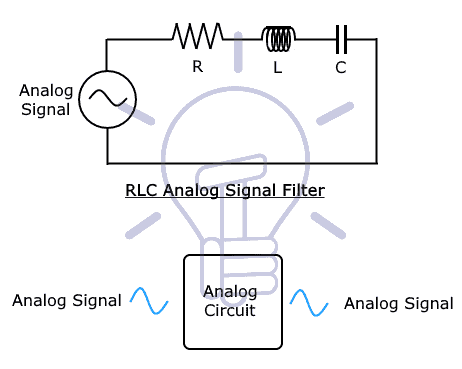 The Analog circuit can either be an Active circuit such as amplifiers that needs an extra source to power the circuit or Passive Circuit such as a low pass filter that does not need extra power source but only needs the input signal to power it.

The downside of an analog circuit is that their signal may get distorted and causes to lose the information. Therefore, the accuracy or precision of such circuits deteriorates. Also, they are difficult to design since the components are placed manually.

The type of electronic circuit that processes data or signal that has discrete amplitude also known as the digital signal is called a digital circuit. They are made from digital logic gates which is the basic building block of any digital circuit. 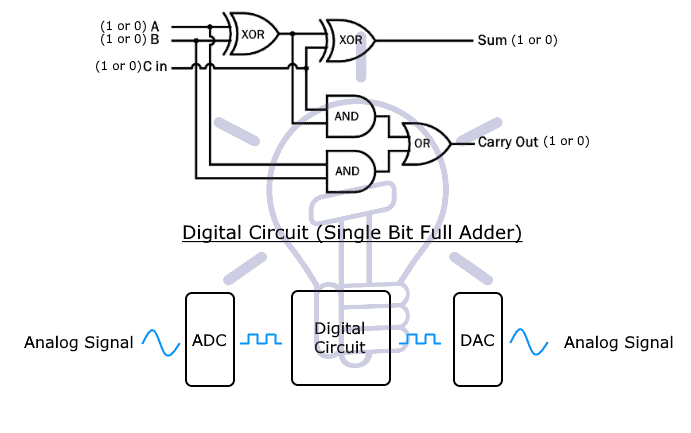 However, most of the digital circuits need a clock signal (a signal oscillating between high and low state) to synchronize the operation of the circuit. It tells the circuit when and how to operate the next command.

The following comparison table shows the main difference between digital and analog circuits.

Analog or Digital, Which is Better and Why?

We don’t like stupid questions but we try to answer in any aspect. It is the same question like which number is better, 0, 1 or 39?. To the question, it depends on the applications based on multiple factors. Both digital and analog have advantages and disadvantages.