To choose a motor is the hardest task, based on design criteria such as cost, torque, acceleration, positional accuracy, power and much more. There are many types of motors like DC, Servo, and Stepper available for different types of application. But, Servo motors come with fast functioning, high torque, and accurate rotation. Yes, Stepper Motors are a high-performance alternative of the servo. But to setup a Stepper is more complicated than a Servo Motor.

What is Servo Motor?

Servo is an electromagnetic device uses a negative feedback mechanism to converts an electric signal into controlled motion. Basically, servos behave like as actuators which provide precise control over velocity, acceleration, and linear or angular position. It consists of four things: DC motor, position sensor, gear train, and a control circuit. The gear mechanism connected with the motor provides the feedback to the position sensor.

Servo motors being manufactured by many companies some of them are FUTABA, HITECH, AIRTRONICS, and JR RADIOS. They are the same in manufacturing but different in connector type, wire colors, etc. There are numbers of types of servos are available in the market, AC, DC, continuous, positional and linear servo motor. 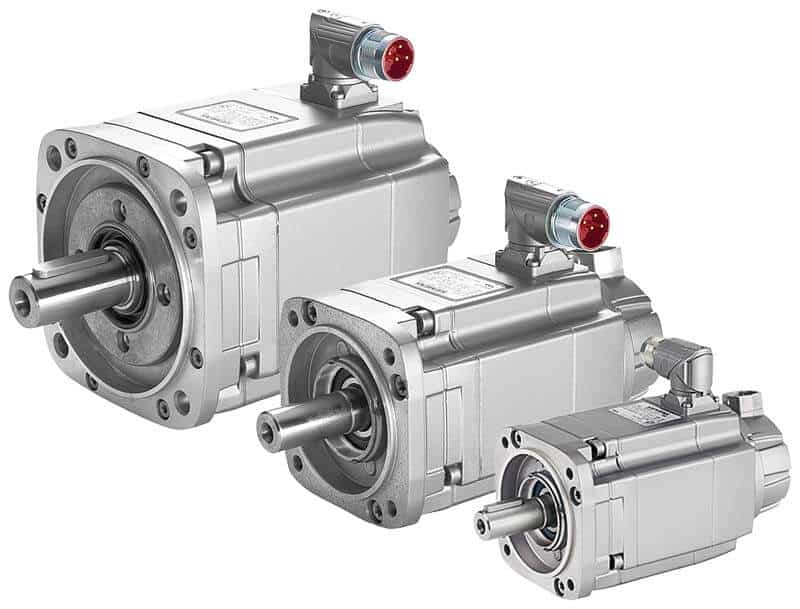 On the Basis of Rotation

On the Basis of Operating Signal

There are also two types of servo motors used which differ in processing information and signal.

Analog servos are operated over PWM (Pulse Width Modulation) signals. And, the range of the signal is 4.8V to 6V. In this type of servo, the PWM is off when the servo is at rest. The torque produced at rest time makes the starting time inactive. Also, an analog servo can be able to send 50 pulses per seconds only.

Using small microprocessors Digital Servo receives signal and acts at high-frequency voltage pulses. A digital servo can be able to send 300 pulses per seconds, which is very high in comparison to an analog servo. Digital servo gives a smooth response and consistent torque, due to faster pulse. Digital servos consume more power than an analog servo.

On the Basis of Operating Power

DC Servos are used for providing fast torque response and are also known as a permanent magnet DC motor or separately excited DC motor. The reason behind providing fast torque response is because of the torque and flus are decoupled. Thus, a small variation in the armature voltage or current can produce a notable shift in the position or speed of the shaft. DC servos are most used servo motors among all the types.

The Servo motor is DC motor which has 5 following parts:-

It consists of three basic types:

The servo motor works on the phenomenon of the automatic closed-loop system. The controller is required for this closed-loop system. This controller is composed of a comparator and a feedback path. It has one output and two inputs. In this, for producing an output signal, the comparator is used to compare the required reference signal and this output signal is sensed by the sensor. The input signal for the motor is termed as a feedback signal. On the basis of the feedback signal, the motor starts working. Comparator signal is called a logic signal of the motor. The motor would be ON for the desired time when the logical difference is higher and the motor would be OFF for the desired time when the logical difference is lower. Basically, a comparator is used to decide that motor would be ON or OFF. Proper functioning of the motor can be done with the help of a good controller. 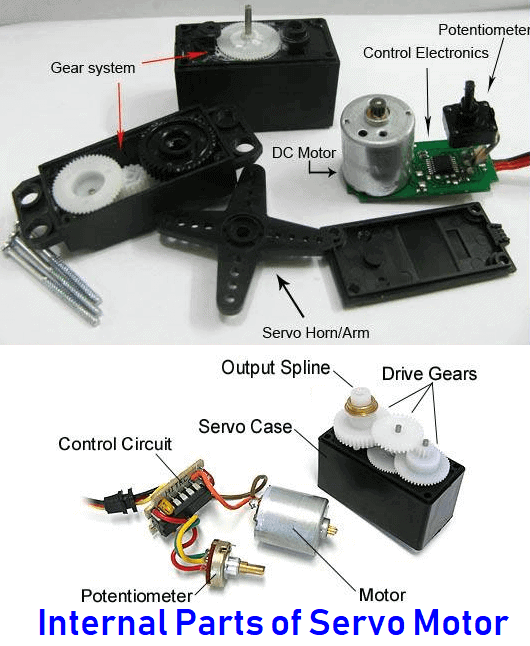 The servo motors can be controlled by the method PWM i.e., Pulse Width Modulation. These send electric signals of inconsistent width to the motor. The width pulse is varied in the range of 1 millisecond to 2 milliseconds and transfer this to the servo motors with repeating 50 times in a second. The width of the pulse controls the angular position of the rotating shaft. In this, three terms are used which shows the controlling of the servomotor i.e., a maximum pulse, minimum pulse and repetition rate. 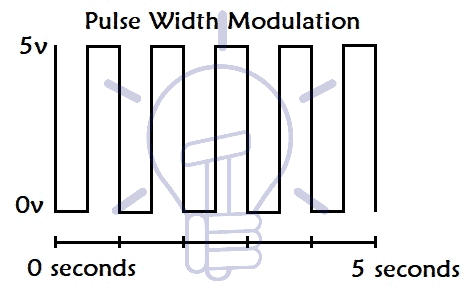 There are three wires or leads in every servo motors. The two wires used from positive supply and ground supply whereas the third wire is used to control the signal. 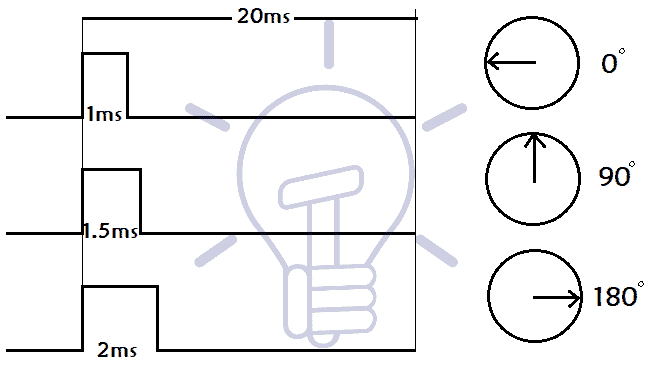 Here are some applications used to control speed when the servo is overheaded or over rotating: