According to the applications, we need to change the speed of the motor. So, deliberative change of speed is known as speed control of the motor. 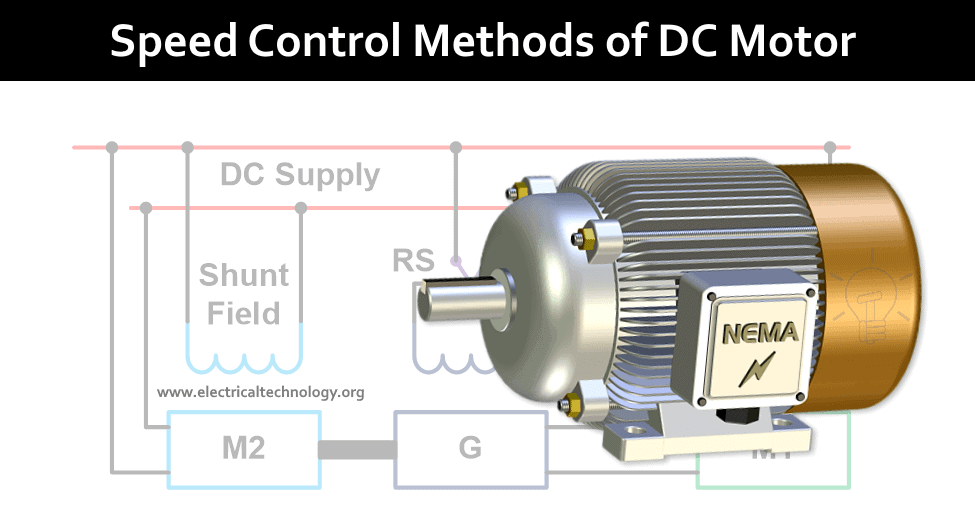 EMF Equation of a DC Motor

the EMF equation of a DC motor is given below:

Once the motor is designed, the Number of poles (P), Number of conductors (Z), and Number of parallel paths (A) cannot change. So, these are fixed quantities.

For DC motor, the EMF is also defined as;

From the above equation, the speed of the motor depends on supply voltage (V), Flux (Φ), and Armature resistance (Ra).

Therefore, the speed of a DC motor can be varied, changed and controlled by changing;

So, the speed control methods of a DC motor are classified as;

Now we discuss how to implement these methods for DC series, shunt, and compound motor.

Speed control of DC series motor is done by the armature control and field control methods.

In this method, a variable resistor or rheostat connected in series with armature resistor. The circuit diagram of this method is as shown in the below figure. 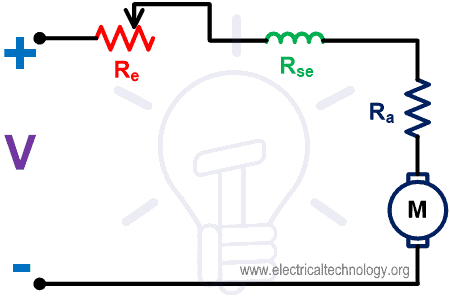 In series motor, armature winding is connected in series with the field winding. Therefore, armature current and field current are the same.

By this method, the speed of the motor only decreases from the level of speed when external resistance is not connected. The speed of a motor cannot increase from this level.

The speed-current characteristic is as shown in the below figure. 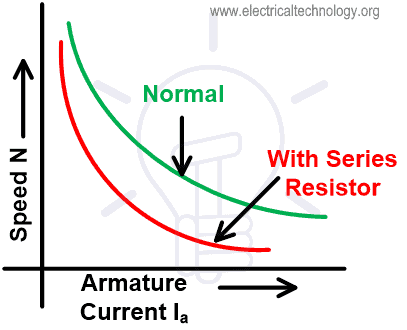 In this method, the speed is controlled by varying the armature voltage (supply voltage). A separate variable voltage source is required in this method.

The speed of a motor is proportional to the supply voltage. So, if the voltage increases, the speed of the motor will increase and vice versa.

In this method, the series field winding is connected in parallel with diverter. The diverter is nothing but a variable resistor. Some parts of the field current will pass through the diverter.

From the equation of speed of a motor, the flux is inversely proportional to the speed of the motor. So, if the flux decreases, the speed will increase.

Lesser the value of diverter resistance less the field current and less the flux produced inside the motor. Hence, the speed of motor increases.

In this method, speed can be increased from the normal speed. The circuit diagram of this method is as shown in the below figure. 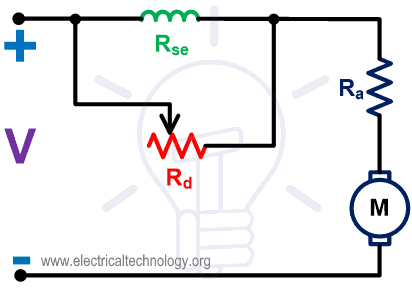 There are tapping on the field winding to choose the number of turns in the winding. By choosing the tapping, the field current is controlled.

Therefore, in this method, the speed can be controlled by choosing proper tapping provided on the filed winding.

This method is used in electric traction for the speed control of the drive. The circuit diagram of this method is as shown in the below figure. 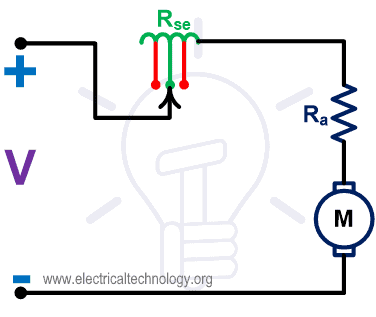 This method is used to control the speed below its normal value. The speed cannot increase more than the normal speed. The connection diagram of this method is as shown in the below figure. 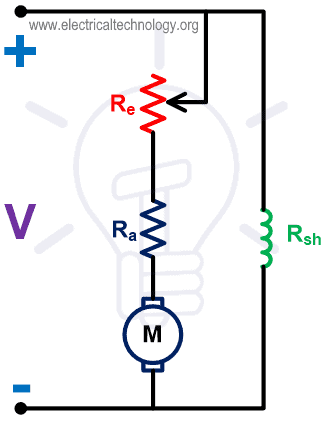 The speed-current characteristic is as shown in the below figure. 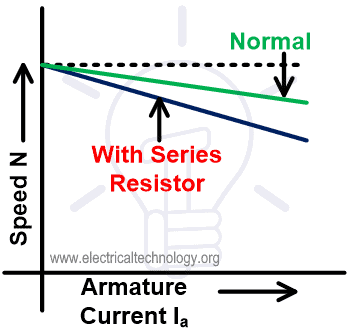 The connection diagram of this method is as shown in the below figure. 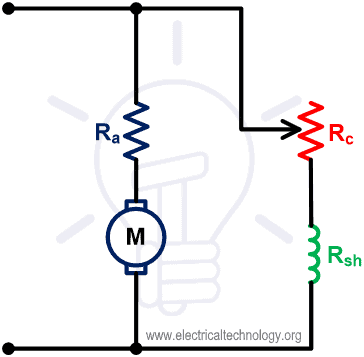 From the above circuit diagram, the equation of the shunt field current is;

By increasing the value of resistance, the field current decrease and hence the flux is reduced. From the equation of speed, the flux is inversely proportional to the speed. So, the speed increases as the flux decreased. 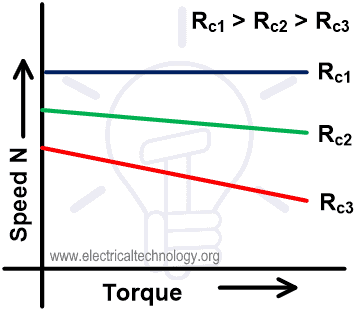 From the above diagram, we are controlling the speed of motor M1. This motor was powered by the generator G.

The shunt field winding is connected with the DC supply. The generator G is driven by the motor M2. The motor M2 is a constant speed motor and supplied from the DC supply.

The filed regulator is connected across the generator with a DC supply line to control the filed excitation.

The switch RS is a Reverse Switch. This switch is used to toggle the terminal of field excitation. Because of this, the excitation current will reverse, and it will generate the opposite voltage.

So, this opposite voltage will reverse the speed of motor M1. Hence, by this method, the motor can run on both the direction. And speed can be controlled on both sides of the direction of rotation.

The advantages of this method are summarized below;

The disadvantages of this method are summarized below;

This method is used where the motor to be controlled over a wide speed range. The application of the motor is very sensitive to speed, in this condition this method is very useful.

This method is used in the application like; cranes, excavator, elevator, mine hoists, paper machine, steel rolling mills, etc.