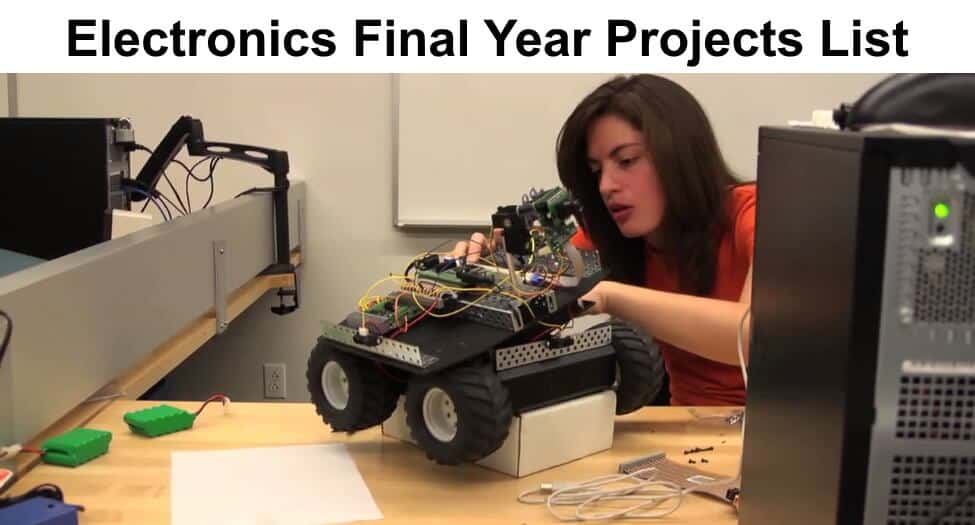 This project enables an automated vehicle identification & toll collection at a toll booth. The identification is possible using an RFID chip that provides a unique ID for each vehicle & also a GSM module for providing the information about the tax deduction to the vehicle owner. It is a very efficient system for saving fuel, time, etc.

In this project, we propose a wearable glove that provides the user information about the wearer’s health. It incorporates multiple sensors for measuring physiological sign i.e. heart rate, body temperature, Blood pressure, Respiration rate, Electrocardiogram ECG, etc. it is a revolutionizing project in health monitoring.

In this project we are going to control the appliance inside our home such a light, fans, water pump, etc. using a Bluetooth link between our cellphone & a microcontroller. The user sends the signal through the Bluetooth module where the microcontroller process the signal & switches the relay for that appliance accordingly.

This project proposes the idea of an animatronic hand which is a wireless controlled animated hand that follows the movement of the user’s hand. The idea is to use flex sensors on each figure to sense the resistance variation with bending and feed it to Arduino. The Arduino then processes the information & command the servo through a wireless link between two Arduino to bend corresponding finger(s).

This project proposes the idea of a CNC (Computer numerical control) machine that runs on a arduino. The arduino controls 2 stepper motor for vertical and horizontal motion while there is an another DC motor which can be used for drilling, milling & engraving etc.

The idea behind this project is to track a vehicle in real-time using a GPS kit installed in the circuit & provide the coordinates using the GSM Module. It can be implemented with a microcontroller or an Arduino kit to controlling & processing the data provide by the modules. It is a very useful tool in tracking your stolen vehicle.

The idea behind this project is to make a wearable device that notifies & wake the driver when he is about to sleep by a mild electric shock or buzzer & vibration. The idea is to measure the conductance of the skin & heartbeat rate. The heartbeat rate decreases & also the conductance of the skin decreases due to low blood circulation when the driver fatigue level increases.

The aim of this project is to control a robot wirelessly from a long-range & to transmit the video signal using the camera placed on the robot. It uses an RF encoder & transmitting antenna on the transmitter side. The receiver end uses an RF receiving antenna & a decoder that feeds the command to a microcontroller. The microcontroller controls the DC motor of the robot based on those commands through a motor driver IC. The video is transferred using a camera wirelessly to the receiver that can be connected with a monitor.

The aim of this project is to use the energy wasted by the vehicles while crossing a speed breaker & convert it into electricity for powering the street light etc. The mechanism below the speed breaker is connected with gears & flywheel that rotates when a vehicle crosses. The flywheel is connected to a generator to power up the loads.

This project’s aim is to make your desired color by mixing the basic colors in different ratios. The user can enter the desired color (saved in the system) through a user interface such as keypad etc. The Arduino process the data & calculate the ratio of the basic colors & switch the solenoid valve with a flow meter or a pump to allow the specified amount of paint. Later the paint is mixed in a container to produce the desired color. This project can be modified depending on the student’s requirements.

The aim of this project is to control the steering of a wheelchair using your eyeball movement. The challenging part of this project is the detection of eyeball movement. Image processing by acquiring images through a camera or an IR sensor placed on custom-built glasses can detect such movement. An Arduino is used for processing the data & controls the DC motors inside the chair accordingly. The forward & backward movement with speed can be controlled with an accelerometer placed in the helmet.

The aim of this project is to control a robot wirelessly to pick and place something inaccessible for any person. The command signal is transmitted using the RF module while the video is transmitted from a camera mounted on the robot. The Microcontroller is programmed to control the DC motor used for motion, arm movement & grip based on the commands received through the RF module.

This project proposes the idea of granting access to the person having a valid RFID (Radio-frequency identification) card. The Arduino which is connected with the RFID module grant or deny the access of the person accordingly by opening or blocking the gate.

It is a safety project for new drivers during parking to know if there is any object behind the vehicle & how far it is. The ultrasonic sensor interfaced with the Arduino in this project provides the info about the distance between the vehicle & the object & display the distance on an LCD with warning LEDs.

In this project, we are using an Arduino to control 3 servo motors that move like an arm to hold & pick up any object & place it where you want. It can be controlled by an android app by using a Bluetooth module.

In this project, we are going to use a microcontroller to rotate the solar panel using servo motor to face the sun. The LDR (light dependent resistor) is used for measuring the intensity of sunlight & provide valuable data to a microcontroller for processing.

The idea behind this project is to make or break the circuit using a password to avoid an unauthorized person. the password is entered through a keypad connected to the microcontroller which controls the relay and circuit breaker to break the circuit or make it.

In this project, we are going to automate a door that opens when someone arrives near it. A PIR sensor used to detect the motion in front of the door & send the signal to a microcontroller. the microcontroller will switch the motor to open or close the door. Here is the example of Infrared Motion Detector Circuit and live example of Wireless Solar POWERED Outdoor PIR Motion Sensor LED Light.

In this project, we propose a system based on IoT & PIR sensors to switch appliances inside a building or a room depending on the number of people entering or leaving. It will also act as a security alarm at specified times & also upload the data through the Wi-Fi module for visual analysis.

The idea behind this project is the motion control of a robot using hand gestures. The motion command is provided by an accelerometer that sends the command wirelessly through an Arduino to the 2nd Arduino controlling the robot. Tilting the accelerometer in your hand will move the robot in the corresponding direction.

The idea is to make an automatic school bell that rings when the class time is over. This project uses an Arduino to control the whole mechanism i.e. the real-time acquisition of the date & time from the RTC chip & then provide a manual setting of the class periods duration by the user through push-button & LCD for visual display of status with time remaining options. The Arduino will ring the bell through a relay which should be powered from AC mains.

In this project, we are going to manage and control the plant irritating system automatically. It is Arduino based automatic plant watering project with the schematic circuit diagram and source code as well as free PDF copy is available to download.

This project is a modified version of the line following robot where the line is made into a maze. The robot is programmed with the basic functions to solve the maze & memorize the correct path. On second attempt it coarse through the shortest path to the finish line. 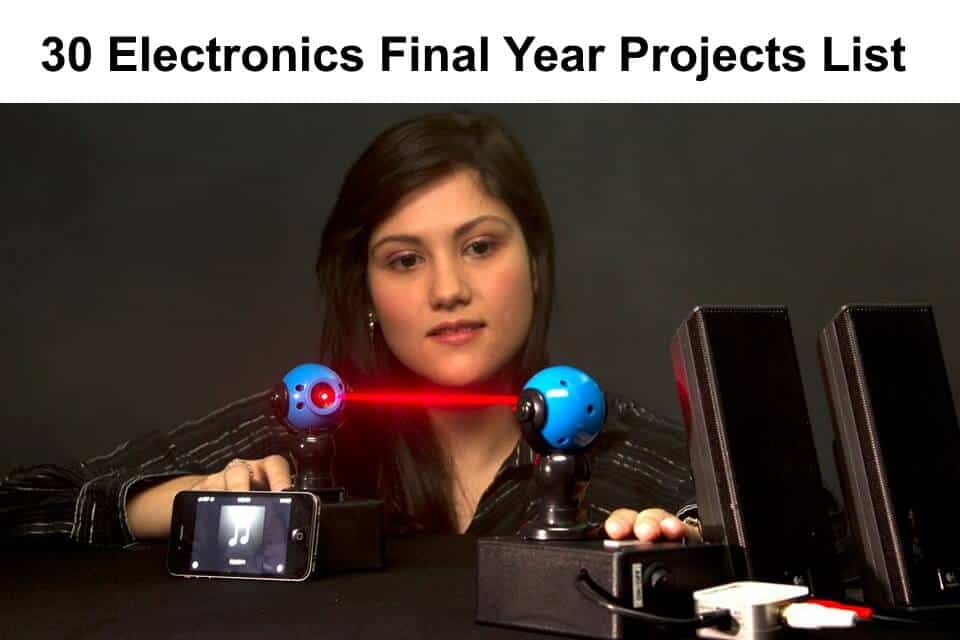 Note: If you want to add your own final year electronics project idea to this article, let us know in the comment box below.

Why Does A Capacitor Block DC But Pass AC?