In this modern age of technology, almost everything runs on electricity. It plays an important role in our daily life & we cannot imagine life without it. Television, cellphone & heater etc all depend on electricity. Apart from our home, electricity plays a huge role in the industrial & health sectors as well. There is no need of mentioning how electrical equipment around the world is used for helping people in every aspect of life. 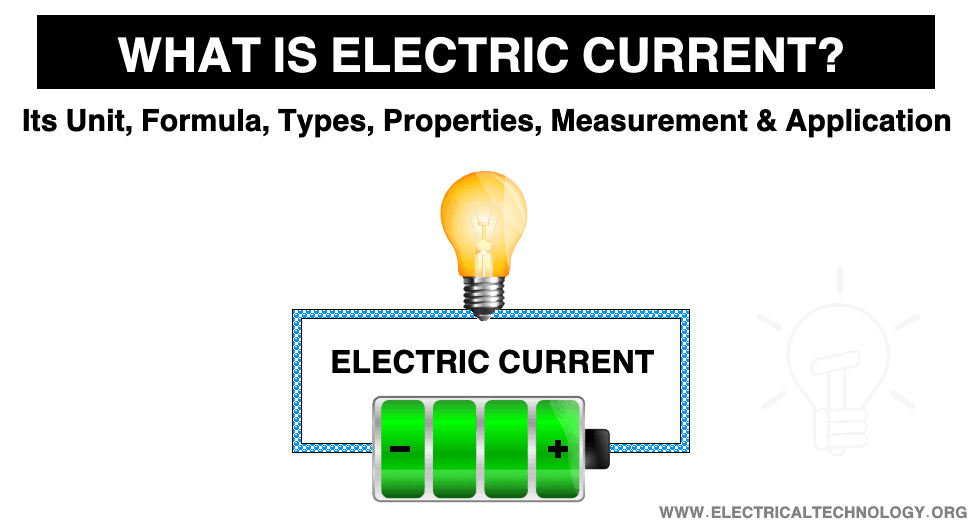 Electric current is the reason electrical & electronics engineering exist. Its study revolves around the utilization of the electricity for the betterment of human beings.

Electric current is one of the seven base quantities. It is denoted by the letter “I”.

One Ampere is the amount of current where one coulomb of charge flows through a certain point in a conducting medium in a time of one second. Or a conductor carrying one ampere of charge is said to have a charge flow of one coulomb per second. For more details, check the latest post about “What is Ampere (A)? Unit in Electrical Engineering & Physics“.

Electron Current flow is assumed in electronic engineering and circuits while solving and analyzing the circuits. 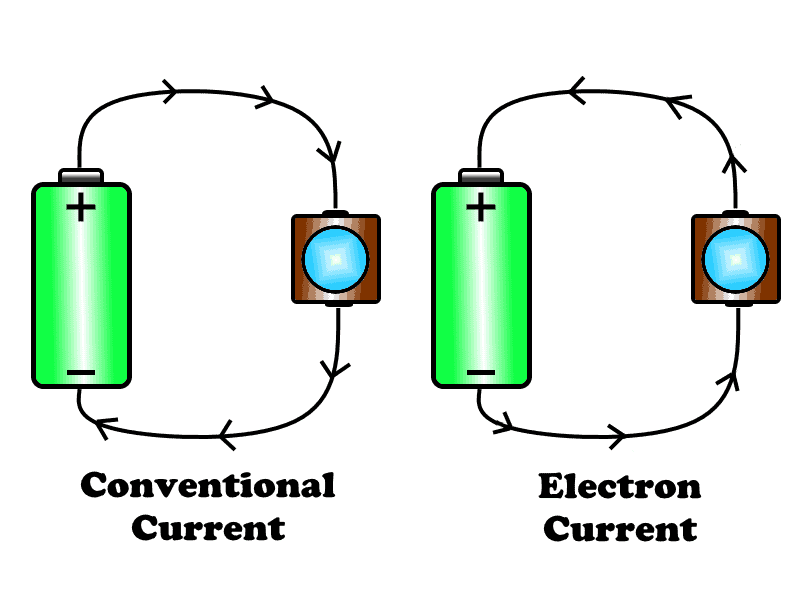 Conventional Current flow is assumed in electrical engineering and circuits while solving and analyzing the circuits.

For more details, read the previous post about Difference between Electron Current and Conventional Current.

As a matter of fact, the current direction does not make any difference as long as you keep consistency. The properties of the circuit remain the same in both conditions. However, the idea of conventional current was used for certain components (diodes etc) & rules (right-hand rule) that would cause confusion if electron current flow is established as a standard for the new students.

Ever since then, the conventional current became the standard current direction & is still used.

Based on the flow of charge, the current is divided into two types; 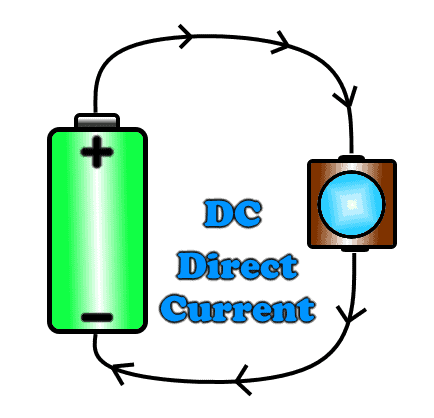 It is unidirectional & it can be stored in batteries. All types of storage cells provide a direct current that is why there are positive & negative markings on them to show the direction of the current flow. Applying reverse polarity of DC current may damage your circuit or equipment.

The type of electric current whose direction changes continuously throughout the time is called alternating current or AC. 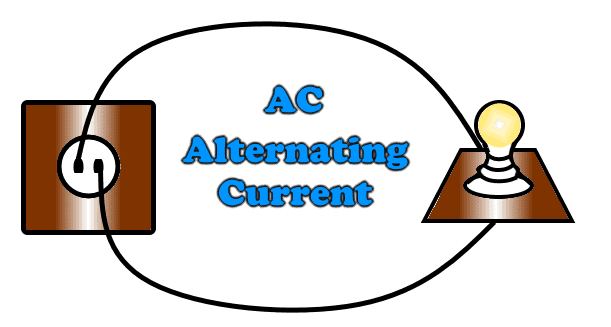 The number of times it changes its direction in a second of time is called its frequency. We normally use AC in our homes having a frequency of either 50 or 60 Hz depending on your region.

We use Alternating current & direct current both in our daily life. Alternating current cannot be stored in batteries & it cannot power our daily life digital electronics such as cell phones, computers & laptops, etc. The same is the case with DC, we cannot use it to power any AC appliances. In order to utilize both of them, we use converters that convert between AC & DC. 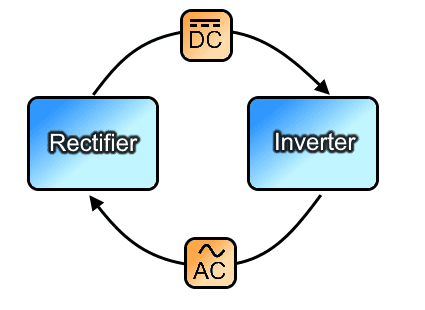 Both of these converters are used in our daily life. The power adapter, we use for our phones or laptops contains a rectifier that smooth the alternating wave into a unidirectional direct current. The inverters are used for providing backup power in case of emergency or power shortage in industries as well as our homes.

Some of the effects due to the flow of electric current are given below;

This heat generated is directly proportional to the square of current providing resistance is constant. An increase in the current will increase the heat generated & this is what actually causes an electrical fire.

The magnetic field can be sensed by placing a compass over the conductor when its carrying current. The needle will deviate showing the presence of a magnetic field. 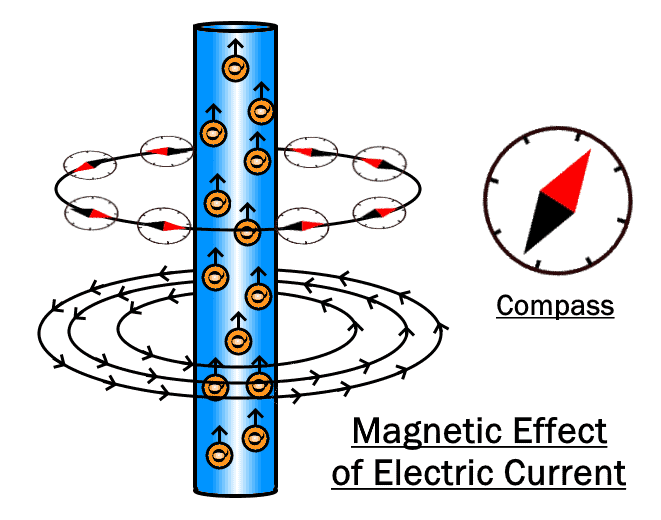 Electric current is the flow of electron, so passing a current through a chemical will result in a chemical reaction. Electrolysis, Electroplating are some of the processes that utilize its chemical effect.

How to Measure Electric Current?

The unit of electric current is ampere and the instrument used for the measurement of the current is called Ammeter.

To measure the current, the ammeter is connected in series (not in parallel) so that the current pass through it. A simple ammeter uses a galvanometer, which is a needle attached with a coil that deflects in the presence of current). The angle of deflection represents the amount of current passing through the conductor.

In the modern era of digital technology, people use digital multimeter DMM. It provides multiple measurement modes for different quantities. Current can be easily measured using a DMM.

How to calculate Electric Current?

Current can be calculated in different scenarios which depend on the available related quantities such as voltage in volts, power in watts and resistance in ohms etc. Let’s see the following solved examples to get the basic idea.

Find the value of current in Amps flowing in the 15Ω resistor if the applied voltage across it 60V.

Calculate the current in Amps in the 36W light bulb If the value of supply voltage across it is 24V.

Determine the value of required current in amps to glow a light bulb having 80W and 5Ω resistance .