Main Difference Between Charge and Current

Electric charge and current are related quantities but they are different from each other.

The main difference between current and charge: 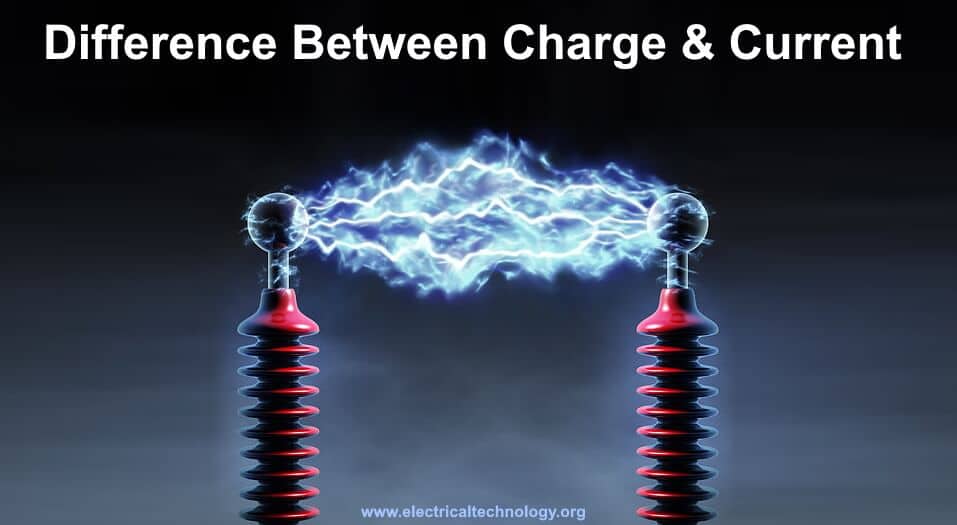 What is Electric Charge?

The deficiency or excess of electrons on a mater is known is the electric charge. The representative formula of charge is follow: 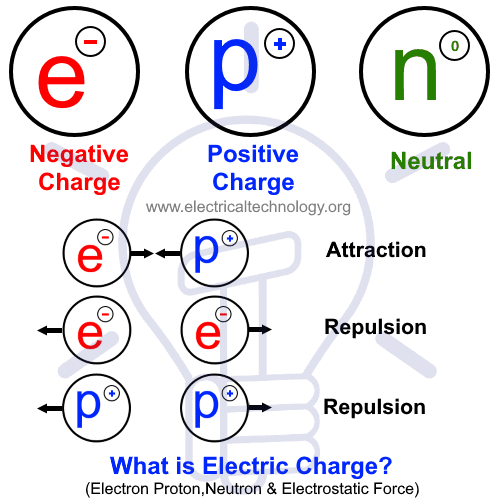 The representative symbol of charge is “Q” and measuring unit is Coulomb expressed by “C” where one Coulomb:

One Coulomb is the one ampere current per second i.e. The amount of charge which can move by an ampere current from one point to another in one second of time is equal to one coulomb.

One Coulomb is the amount of charge when placed in an electric field of one volt per meter (1V/m), then one newton of force will be exerted on it.

Same charges repel each other while unlike charges attract i.e.

The force of attraction or repulsion between two charged particles placed in a distance of “r” can be calculated by Coulomb’s law:

There are three types of electric charges.

What is Electric Current?

When voltage or EMF applied across a conductor, there is a potential difference which moves the vast amount of electrons through it. 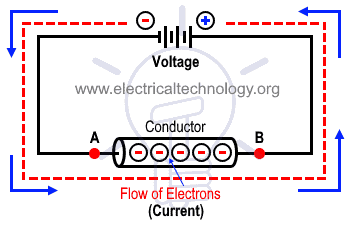 Current is a physical quantity which can be measured by the following formula:

There are two basic types of electric currents i.e.

Below is the current and charge comparison chart with different characteristics.

Comparison between Electric Charge and Current

The following table shows some differences between charge and current.

Which One Kills - Current or Voltage and Why? Amps vs Volts