What is the Difference between Conventional Current and Electron Current?

You may have heard the debate; which is the correct current electron current o conventional current. Some say the conventional current is correct, others say the electron current is true. You might know the answer if you have studied it before. This article explains both types of current & the differences between them. They are quite the same since both of them are the flow of charges also known as Electric current but they are different in some aspects. 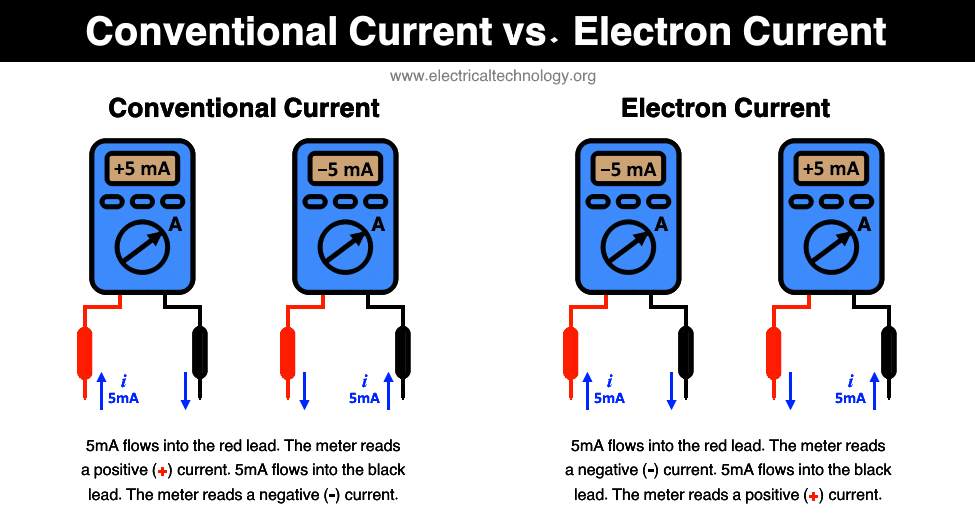 Before going into the differences between them, let’s learn their basics first & how they came to be.

The electric current is divided into two types of current based on its directions.

The flow of negatively charged particles also known as electrons is called electron current. It flows from the negative terminal of the power source to the positive terminal. 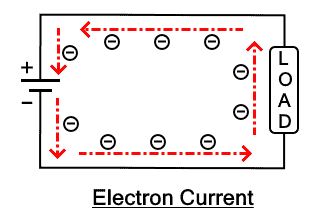 Every electric conductor usually metals consist of free electrons in their outermost shell or valence shell. That can easily flow out of the atom if enough energy is provided. On applying voltage or potential difference, the free atoms jump from one atom to another in the direction of low potential difference. This results in electron current. 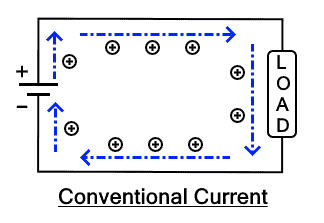 Why Conventional Current when Electron Current is Correct?

The following comparison list shows some of the differences between electric and conventional current.

To conclude this article, the direction of the current flow does not matter. What matters is to keep consistency in a circuit while considering either of the two directions. Technically, the electron flow is the correct direction but the conventional flow has made its way through many electrical formulas, rules & graphical representation of components. Therefore, it is much easier to use now.