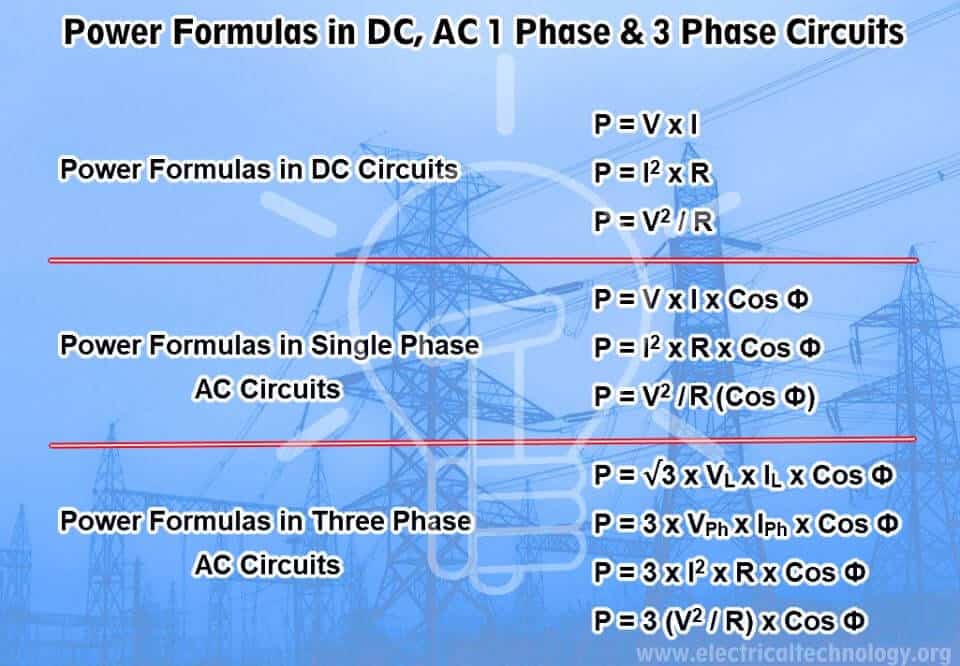 When there is an inductor or capacitor in a circuit, the power becomes complex power “S”, meaning it has two parts i.e. real & imaginary part. The magnitude of Complex power is called Apparent power |S|.

The real part is Complex power “S” is known as active or real power “P” & the imaginary part is known as reactive power “Q”.

θ is the phase angle between voltage & current.

Other formulas used for Power Factor are as follow:

θ = is the phase angle i.e. phase difference between voltage and current.

The following table shows the different electrical power formulas in both AC and DC circuits.