What is Electrical Hazard?

Electrical hazard  or Electric Shock may be defined as “Dangerous event or condition due to direct or indirect electrical contact with energized conductor or equipment and from which a person may sustain electrical injury from shock, damage to workplace environment, damage to property or both.

When working with or nearby electrical installations an electrical shock, arc flash or arc blast can occur and a current can go through the body, due to the following situations:

The effects of electrical current through the human body vary according to:

Electrical installations with voltages up to 50 V, in dry places, and up to 25V, in wet or humid places (AC) and up to 120 V in DC are considered safe in what concerns direct and indirect contacts.

The duration of the fault must be limited by the action of protection relays and devices. Below is a given table which shows the different values of current and its effect on human body. Keep in mind that it is the average value and not meant to be same for everyone as it depends on different factors.

Increase of frequency decreases the danger of current through the human body. The called “industrial frequencies” (50 Hz or 60 Hz) are the more dangerous.

AC or DC, Which one is dangerous ?

Keep in mind that both the AC and DC voltages and Currents are dangerous & hazardous. But AC with 50 or 60Hz frequency is more dangerous than the same voltage of level for DC. For more info, read the previous post about AC or DC – Which One is More Dangerous And Why ?

The value of the current through the body depends of the resistance of the skin. This resistance depends of several factors such as:

The pathway of the current through the human body is unpredictable, and pathways through the heart are the most dangerous. Figure 1 shows possible pathways. 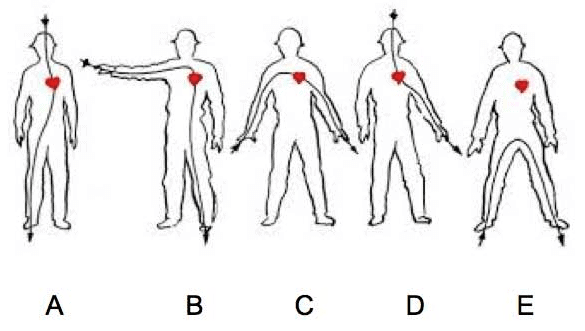 When an electrical current flows through the physiological tissues there is an interference with the electrical processes of the human body, namely with nerves, muscles and the heart.

The tissues are also subjected to heating and electrochemical reactions that provoke the deterioration of the tissues.

The hazardous of electrical shock are the following:

Some of these injuries can cause death, namely respiratory arrest, ventricular fibrillation, cardiac arrest and burns.

Loose of motion control can cause pain and secondary injuries due to falls.

Ventricular fibrillation is due to the uncontrolled contractions of the heart fibers, that can provoke a cardiac arrest and the lack of brain irrigation, and it is one of the main causes of death due to electrical shock.

Electrical burns are the consequences of Joule effect, and taking into account the injuries they provoke, they are classified in 3 degrees – 1, 2 and 3, being this one the most dangerous and that can cause dead.

Note: Its must to use PPE when working on live and energized equipments for safety and protection 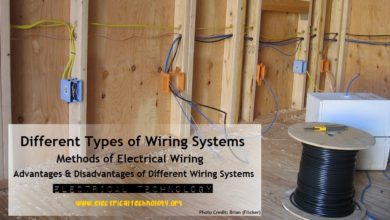