Most of you guys may have noticed the inverted electrical outlets installed in the hospitals while the same receptacles are fixed the right side up in the residential and home applications. General questions arise here: is it the best practice to do so or is it a code and finally, which direction should electrical receptacles be installed? Well, we will discuss one by one as follows. 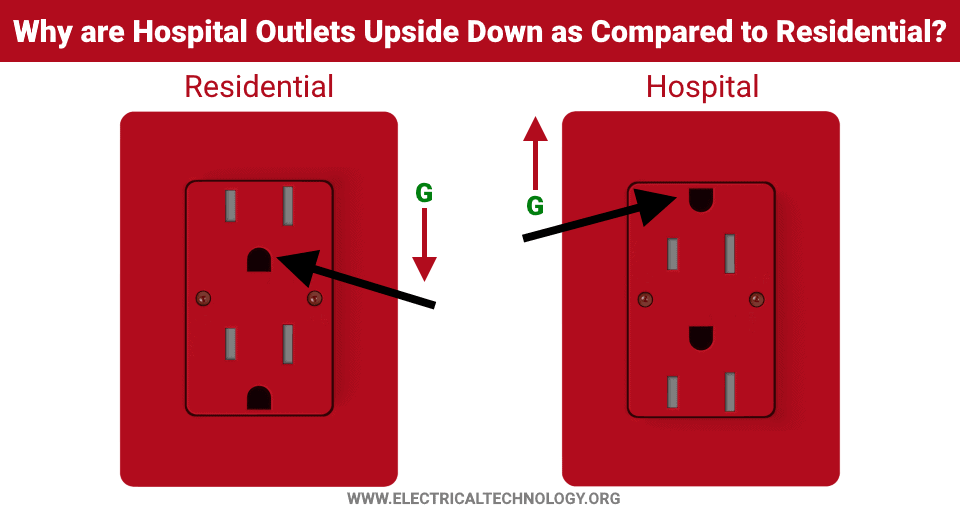 Why are Hospital’s Electrical Outlets Upside Down Instead of Right Side Up?

As we know that in a three prong plug and outlet (also known as socket), the narrow blade is for Hot (live), the wide blade is for Neutral, and the longer Pin is for ground as a safety purpose. The newer 3-prong outlets are installed upside down in hospitals because a partially plugged-in right side up outlet may create chaos in case a fork or any other metallic tool falls down on the upper two terminals (Hot & Neutral) which leads to a short circuit and hazardous fire. This is the reason why they install the receptacles in hospitals in an upside down position instead of right side up. 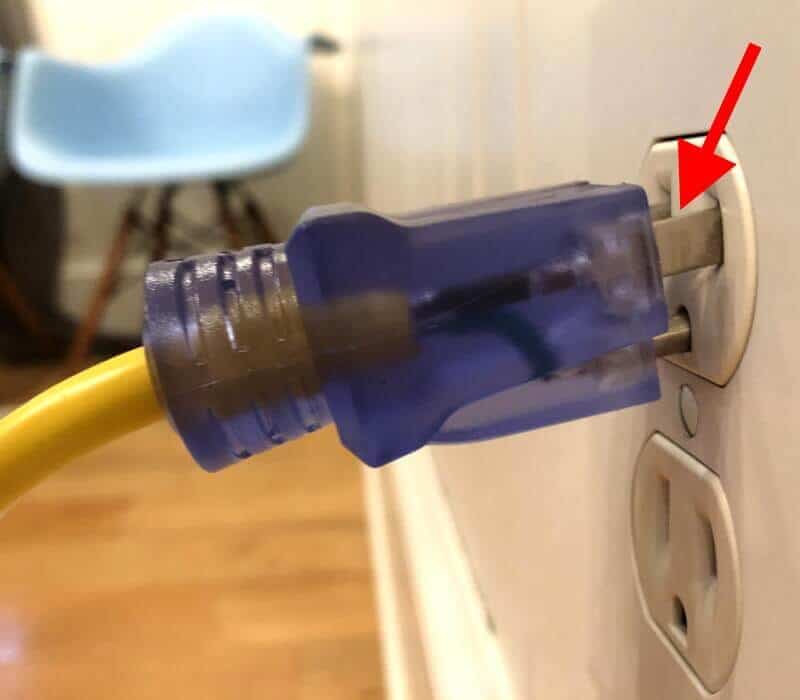 In case of an upside down outlet, dropping something metallic on the exposed part of the plug, it will first touch the ground pin and may trip the circuit breaker which is supposed to do so for better protection.

Is it OK to Install the Outlet in Upside Down Position?

Well, It is not a code to install the outlet in a specific position e.g. you can install in any direction either the ground prong is top or bottom. The debate still continues between the trade and union electricians but the vote is for Upside down outlets in case of hospitals and patients. In addition, some commercial locations are required to install the receptions in opposite directions (upside down position) in case of metallic faceplate. Nowadays, plastic faceplates are common in home applications, so it does not make sense to install the inverted positioned outlets.

Should the Ground Prong be on Top or Bottom?

Right Side Up or Upside Down? Which Direction should Outlets be Installed?

As mentioned above, you can install an electrical outlet in any direction as the standard position is not mentioned in the code yet. It will still work the same without affecting the operation either in upside down, right side up or sideway etc. So it is up to you which side you select but most electricians install them in the right side up position. 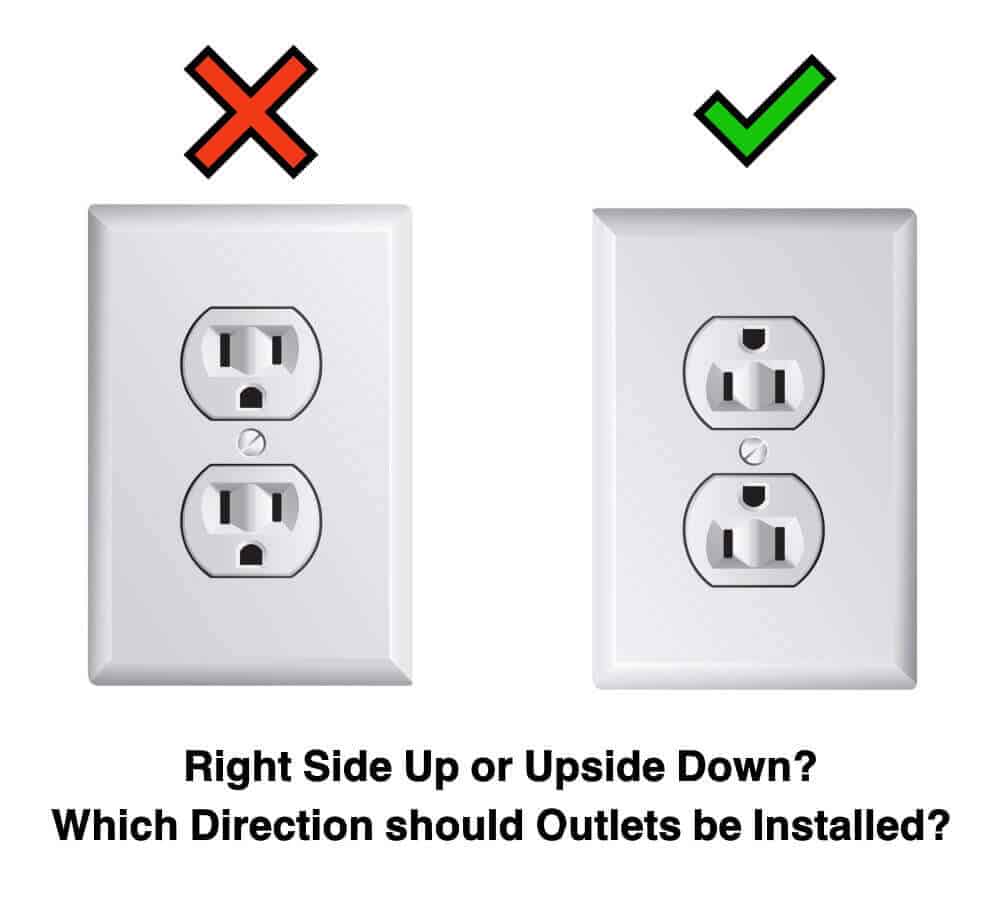 Why are Red Color Outlets installed in the Hospitals?

The red color outlets in a hospital indicate that the receptacles are on emergency backup power. The different color of outlets are identical to the doctors, nurses and paramedic staff and they quickly connect the medical equipment to the desired receptacles and outlets in case of emergency.

What are the Different Colors Electrical Outlets Used for?